The power of images

A herd of cows comes across an unlikely object -- a red and white director's chair -- on the Trans-Canada Highway in rural Saskatchewan. On the other side of the world, their friends wander on a rubber plantation on the outskirts of Trang. As the cows walk towards the object, a father and son from Canada capture the moment.

On the wall of a gallery are their photographs, many of which are placed side by side. The forest in Trang has an echo of British Columbia, as its jungle peaks are paired with Alberta's Rocky Mountains while Surat Thani's Khao Sok Lake and the Yukon River have emerald green water in common. Besides such similarities, the director's chair appears in every shot.

From the edge of nature to hectic city life, Randy and Spencer VanDerStarren embarked on a long journey to take photos with the director's chair. Inspired by the father's childhood, the project has led to thousands of images to show that humans, despite geographical distance, are more similar than they had thought.

"It is a symbol," said Randy, the lead photographer and founder of Take Your Seat, the global photo project, at the launch of the exhibition running throughout this month at Iconsiam's Iconluxe Gallery. "If you think what a director does, it's he or she who decides what shows up on the screen. We want you to be the director of your life. You will see it in every one of our photographs."

Hosted by the Embassy of Canada and Iconsiam, the event marks the 60th anniversary of diplomatic ties between Ottawa and Bangkok. Sarah Taylor, the Canadian ambassador, said it shows the importance of human connection that unites us all.

"We tend to focus on our differences, but these remarkable and touching images draw attention to our underlying similarities," she said.

It all started with "one day", which in many cases never happens. Randy said they came to Thailand six years ago, but the seed of the idea dated back to his childhood. In high school, he was given an opportunity to represent his school and Ottawa. He was sent to the Embassy of Thailand for the first time. "I told myself one day I would be in Thailand again. We chose it to be the first country in this region," he said.

In this exhibition, the director's chair has returned to its home. It was made in Thailand, but sold in Canada. Randy said he bought it from a department store, but his wife painted it red for the project. In fact, he wanted Steven Spielberg's or Martin Scorsese's chair, but he chose the ordinary chair to show it is for everyone.

"[It's] a message of accessibility. If we had bought Steven Spielberg's chair, nobody else could do this," he said. 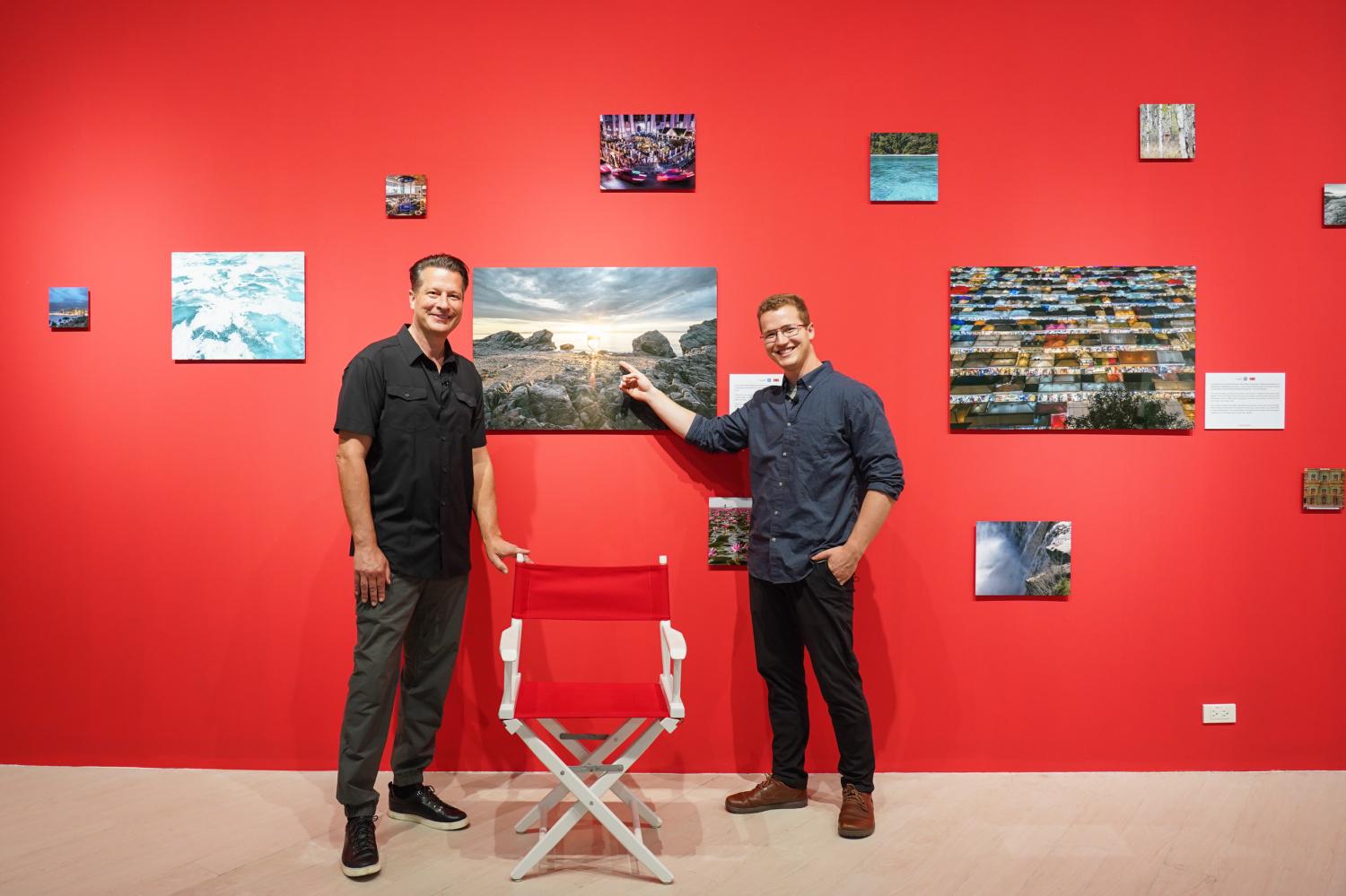 Whenever he takes the director's chair to other countries, he dismantles it and puts the components in a special suitcase. "We have to check the bag. Sometimes, we get worried because it might get lost. This is not good because we have only one," he said, adding that the one where visitors can sit in the exhibition is just a replica.

However, the project is not a one-man show, but a collaborative process. Randy said the team spent months researching and planning because they did not know the country well enough. With local assistants, they made it in three weeks.

"Before we get on a plane, we know 70% of what we are going to shoot. We always leave room because there will be moments that surprise us," he said.

They have collected thousands of photographs of Canada in their library. When they shoot in other countries, they know they have something similar in Canada. For example, the church is juxtaposed with the temple to show a communal belief in something beyond ourselves. "If we respect and embrace this for each other, the world will be a more peaceful place," he said. 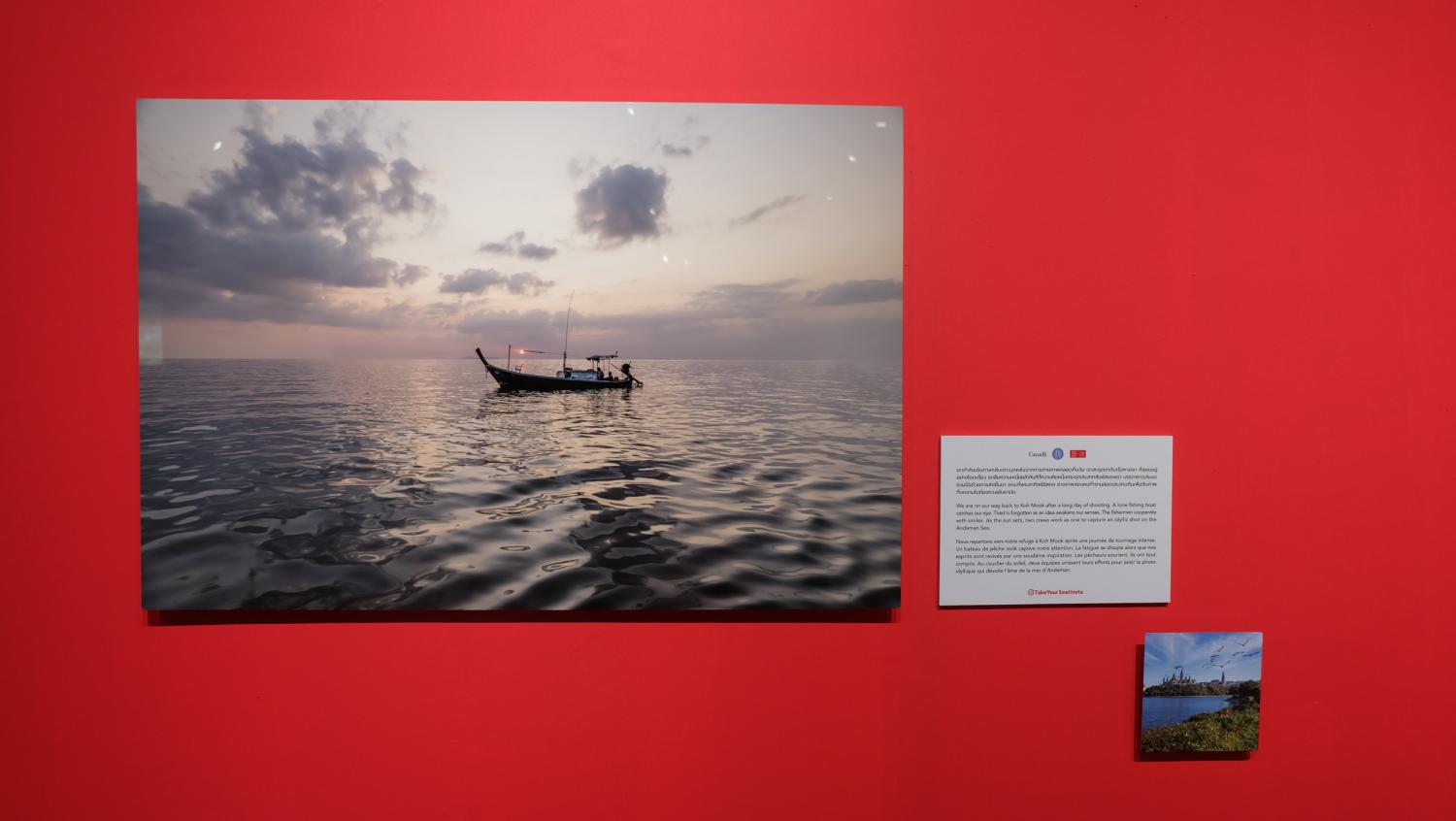 The director's chair is placed on a fishing boat on the Andaman Sea.

Of course, some people raise eyebrows when they see two photographers and crew members carrying the director's chair everywhere. Randy said even if they think they are crazy, getting someone to be curious is part of their dream. "Why is the chair in the photograph? When you ask questions, it opens a conversation. We are able to tell stories and make connections," he said.

However, shooting the scene with the director's chair is a tall order. His son Spencer, the photographer and digital director said the team never uses Photoshop. It is really "heavy" and "cumbersome". Also, it must blend with the environment.

"Never just place and then take a picture that you were looking at without the chair. It must be integrated authentically into the shot," he said.

Spencer gave two examples. First, they caught sight of a fishing boat on the Andaman Sea. Despite exhaustion, they excitedly approached the fishermen and asked permission to photograph them. "We placed the chair on their boat. The camera on the other boat went back to capture the scene. When we showed the photo, they understood and wanted more pictures," he said. 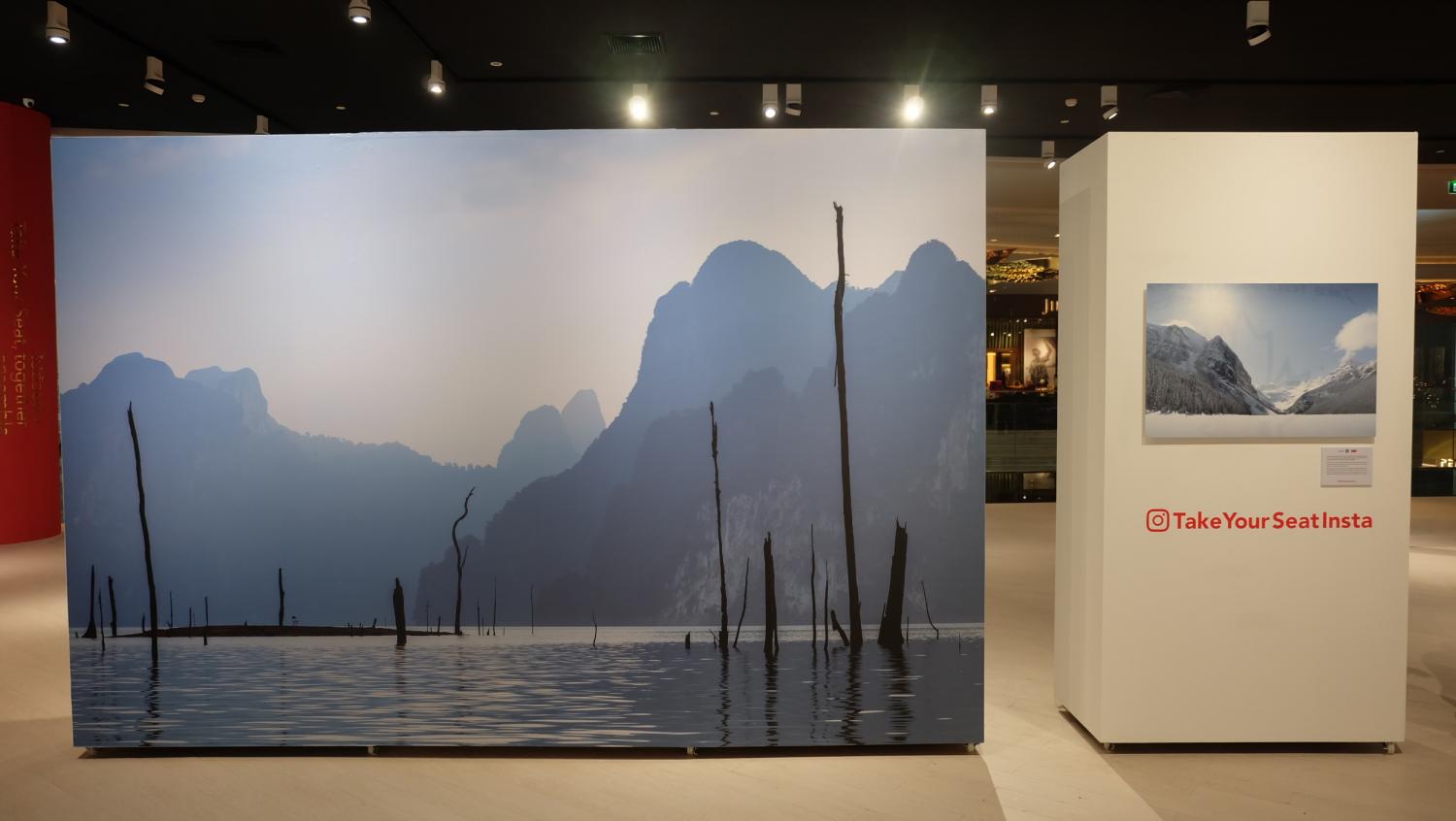 Second, they saw local and foreign visitors flocking to Bangkok's Ratchada Night Market on a Saturday evening. After finding the camera on the 8th floor of the parking garage, Spencer went down with the director's chair to find a perfect restaurant to photograph. "When they see the result and other images, they understand. Everybody is happy to be part of the project," he said.

They have travelled with the director's chair to fourteen countries so far. Spencer said the beauty of Khao Sok National Park surprised him. He never saw light at sunset reflected on the water the way it did on the reservoir in the national park. "It is like a painting. I never imagine it will be possible in real life," he said.

After the chair, what will be the next object? Spencer said they are "too deep in the project" to imagine photographs without the red chair. "Last week, we were in Morocco and the Sahara Desert. The chair was carried by camels. We walked behind them. For their sake, there was no red table. We are happy with how it has been received," he said.

As visitors stroll around the gallery, they will be reminded of pre-pandemic life. Spencer said some of their photographs are special, including those from Songkran years ago. "Everybody is together, celebrating [with] no concern about masks or the virus. To see these photos today, it gives me hope that we are on the way to returning to this," he said.

"Take Your Seat" is on view at Iconluxe Gallery, Iconsiam on Charoen Nakhon road until April 30. For more information, contact the Embassy of Canada facebook.com/CanadainThailand and twitter.com/CanadaThailand or visit takeyourseatonline.com.