To raise people's awareness as well as to create positive attitudes and understanding towards Thailand's southernmost areas, seven artists from the Deep South are now sending messages through their artworks now on view at VS Gallery.

Jehabdulloh Jehsorhoh, lecturer at the Faculty of Fine and Applied Arts, Prince of Songkla University (PSU), is one of seven artists in the "Deep South" exhibition. He said he hopes viewers will open up to the artists' messages and be able to come to a better understanding of the situation in the South.

In light of the exhibition, Life speaks to four participating artists about their messages in "Deep South". 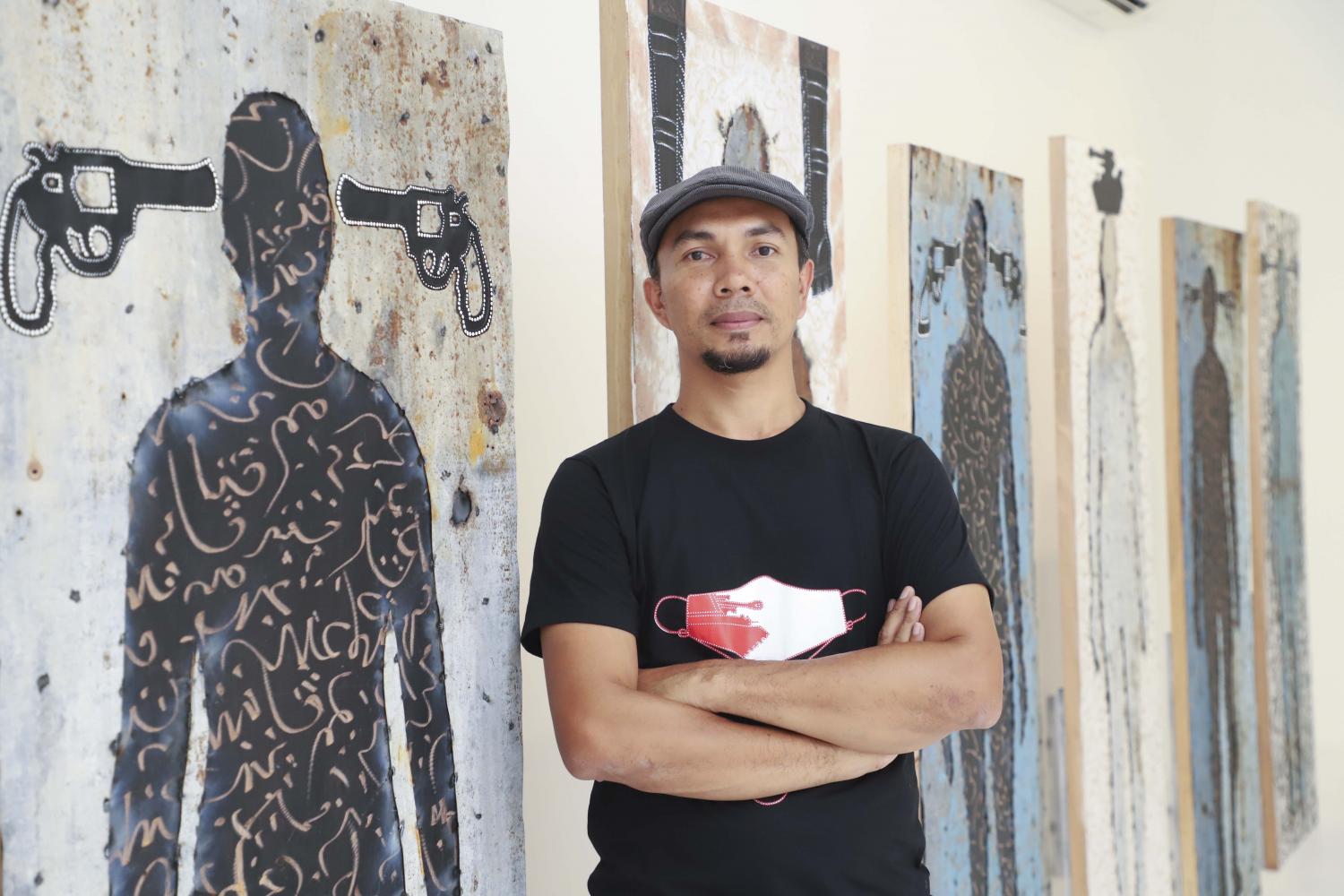 Artwork: People Of Three Provinces And Other Four Districts 2022

Jehabdulloh created seven art pieces made of different materials such as galvanised steel, wood and acrylic. Each piece displays a silhouette of a man standing with guns, military boots or a tank located next to his head. This art piece references the emergency decree and other restrictions that have been put in place in the three provinces and four districts.

"People in the Deep South are subjected to the emergency decree and other laws that restrict their freedom. While military boots and weapons represent unjust authority, galvanised steel represent grassroots and innocent people. Messages on the artworks were inspired by the Bahasa Melayu Patani language. People are scared of this language because they associate the language with violence. I am not happy with this kind of attitude because it makes people suspicious of and mistrust Muslims," said Jehabdulloh.

In 2014, Jehabdulloh established an art gallery, Patani Artspace, which he funded himself. The objective of Patani Artspace was to help local people communicate with others through art. 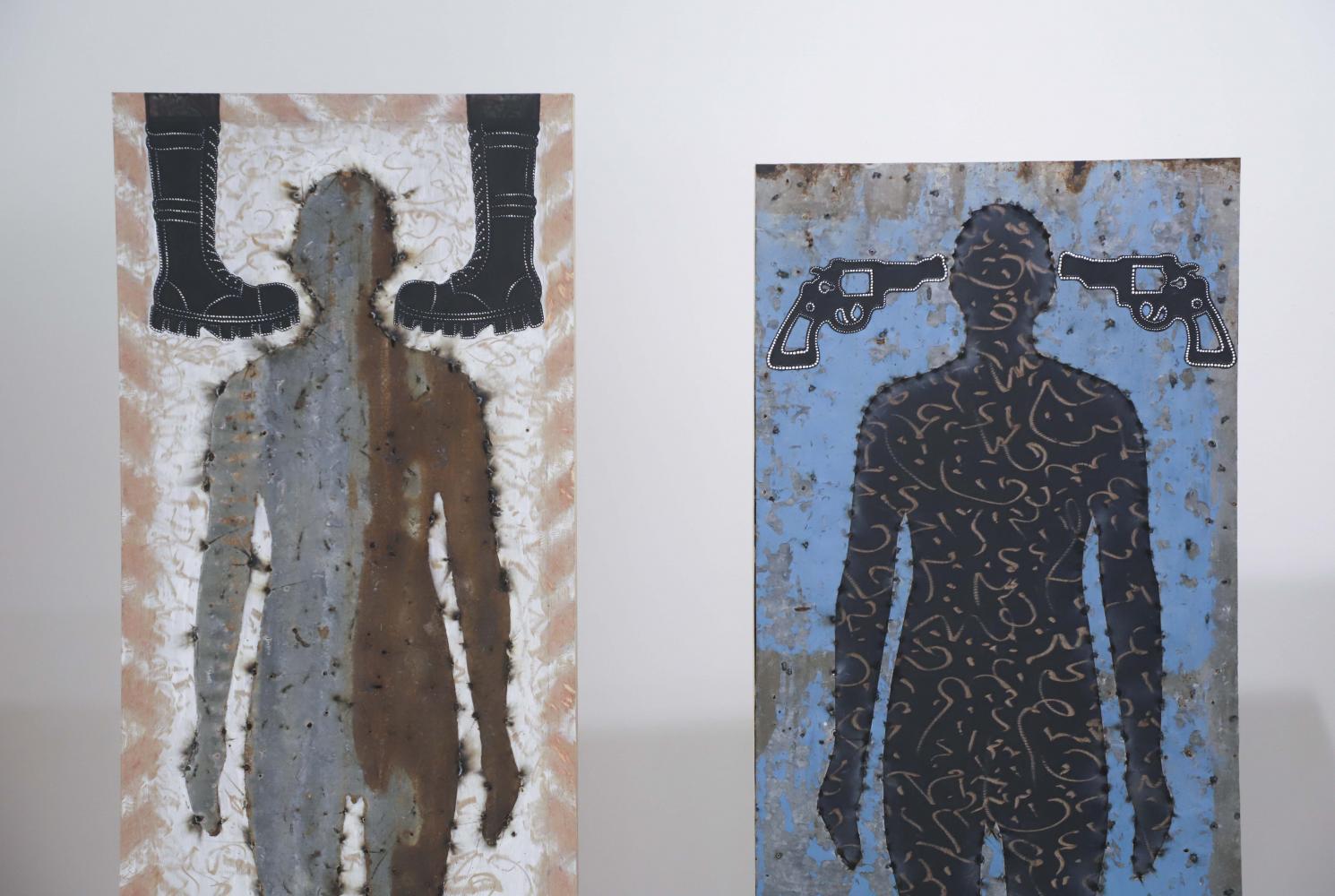 "Due to the insurgency in the Deep South, people assume that Muslims in the Deep South are cruel. Some even curse us; some ask if we carry any bombs. Hence, I wanted to have an art space where people of all ages, religions, races and careers can access. Because of violence, people become paranoid and mistrust one another. Patani Artspace has been a space for freedom of expression, exchange of ideas and other activities," he said.

Patani Artspace received great feedback from visitors. Jehabdulloh said people who were initially afraid of the Deep South wanted to revisit the art space after they had conversations with local people from the South at the art space.

Although some collectors may be not interested in political art, Jehabdulloh said he is undeterred as his duty as an artist is to express himself.

"I will never change the direction of my creativity in order to sell my artworks. In my paintings, weapons are not meant for killing people, but they are there to stop people from killing one another and the tank is there to prevent a coup," he said. 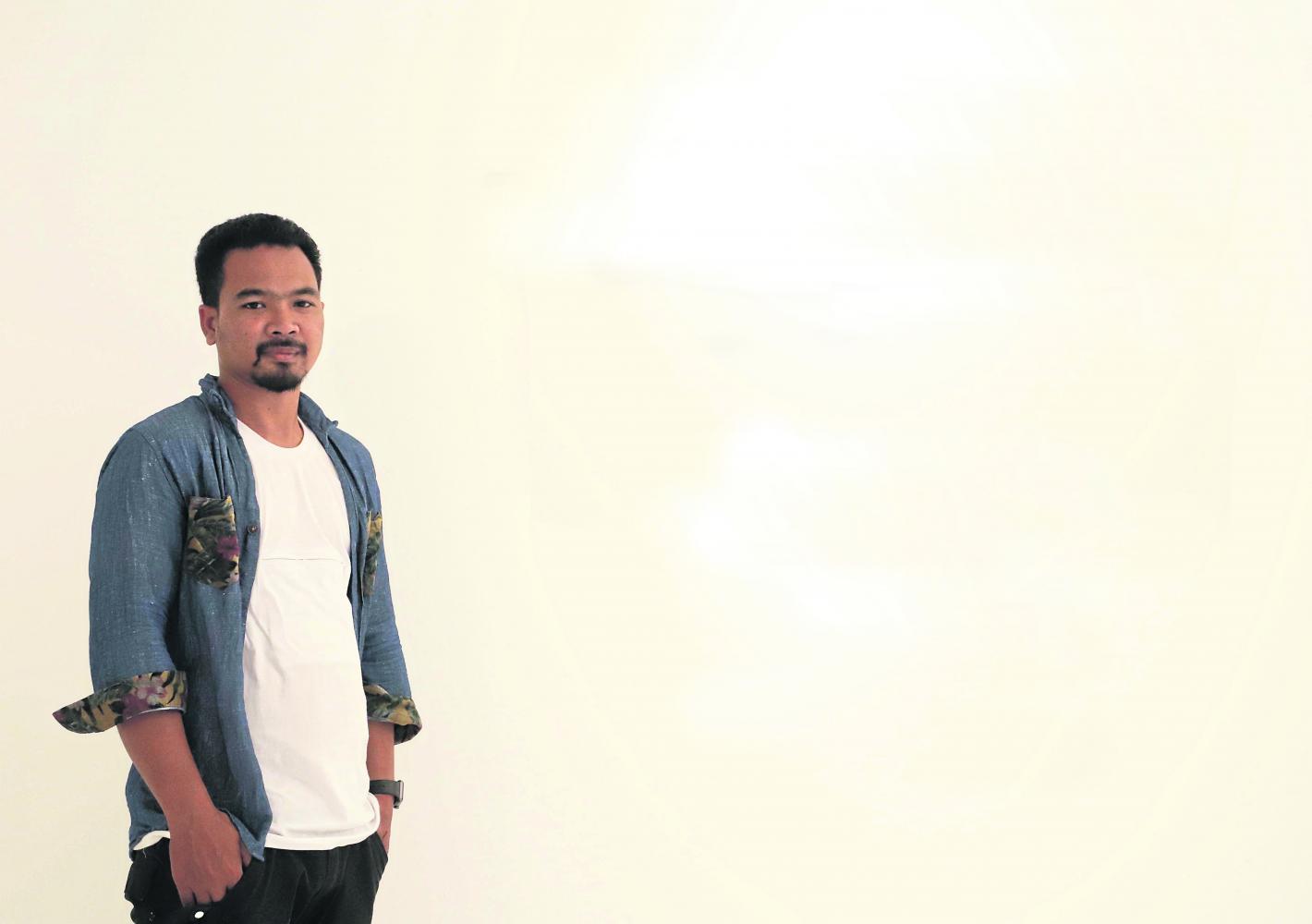 This native of Narathiwat graduated from the Faculty of Fine and Applied Arts, PSU, and created several art pieces related to torture during interrogation. Pain At Pattani refers to the former Pattani kingdom, which covered the areas of Pattani, Yala and Narathiwat.

Muhammadsuriyee uses images of doves to represent local people in Pattani because doves migrated from Java Island, Indonesia, similar to how people in the Pattani kingdom migrated from Java. The wings of the doves are engraved in patterns of traditional Melayu architecture. 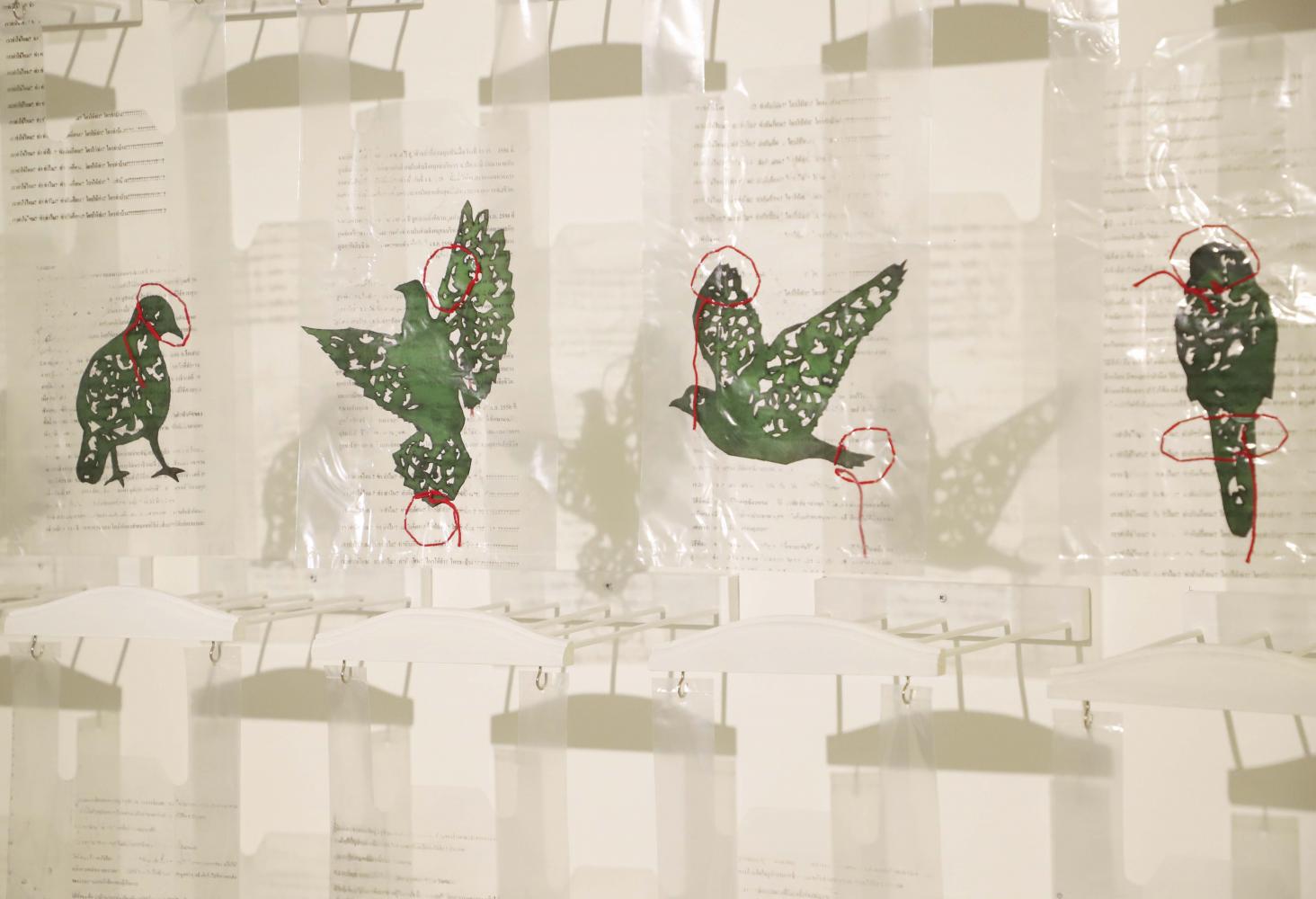 Questions that authorities ask in abusive interrogations are also displayed in the artwork.

"At the age of 14, I began to be interested in the insurgency in the Deep South. The Tak Bai incident took place in 2004 and over 85 Muslim protesters died. After that, an emergency decree was enforced in the three southernmost border provinces. As a person of Melayu culture, I feel that we have been oppressed. In classrooms, there is no teaching or textbooks about the history of the Pattani kingdom. People at Thai state agencies treat Muslims differently," Muhammadsuriyee explained.

Muhammadsuriyee has been creating art for a decade, believing the discipline can spur change.

"I still have hope, although people with power are those who can make changes. I am glad that Patani Artspace encourages more people to be interested in art. Art is another form of resistance for injustice. It can inform viewers and may change attitudes," Muhammadsuriyee said. 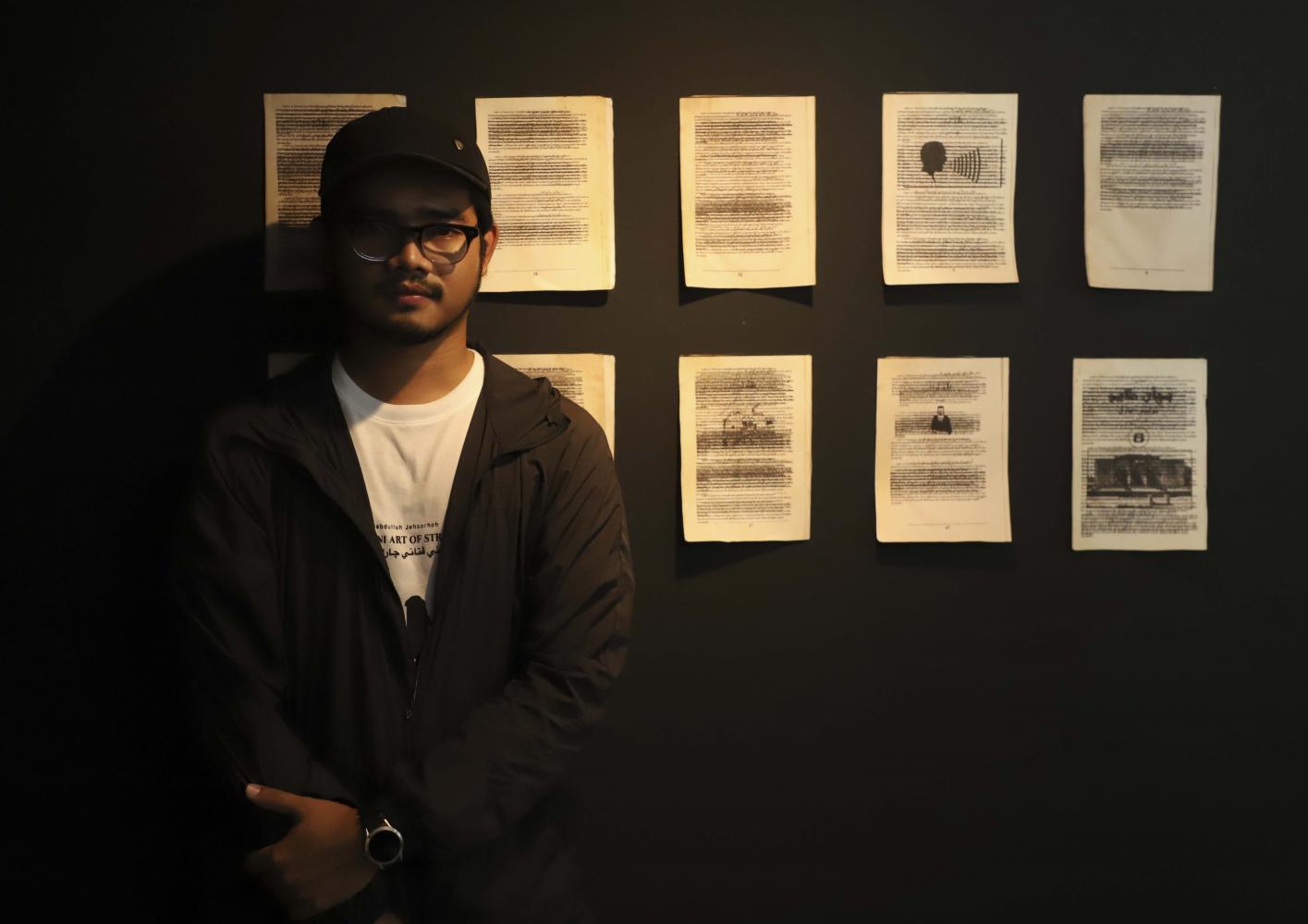 When Wanmuhaimin was young, he attended Tadika, an Islamic school for elementary students, to study Islam and learn the Melayu culture, language and history. He was surprised to discover that the Office of the Private Education Commission stipulates that Tadika students use Thai language textbooks and sing the Thai national anthem in the morning. Military officers would visit Tadika to ensure that students sing the anthem, which frightened and intimidated teachers from carrying out their duties.

Wanmuhaimin's installation resembles a Tadika classroom. On one side of the wall, a video shows Muslim elementary school students singing in the Melayu language to the melody of the national anthem. Textbooks provide information on Section 7 in the National Education Act of B.E. 1999, which aims to promote pride in Thai identity. 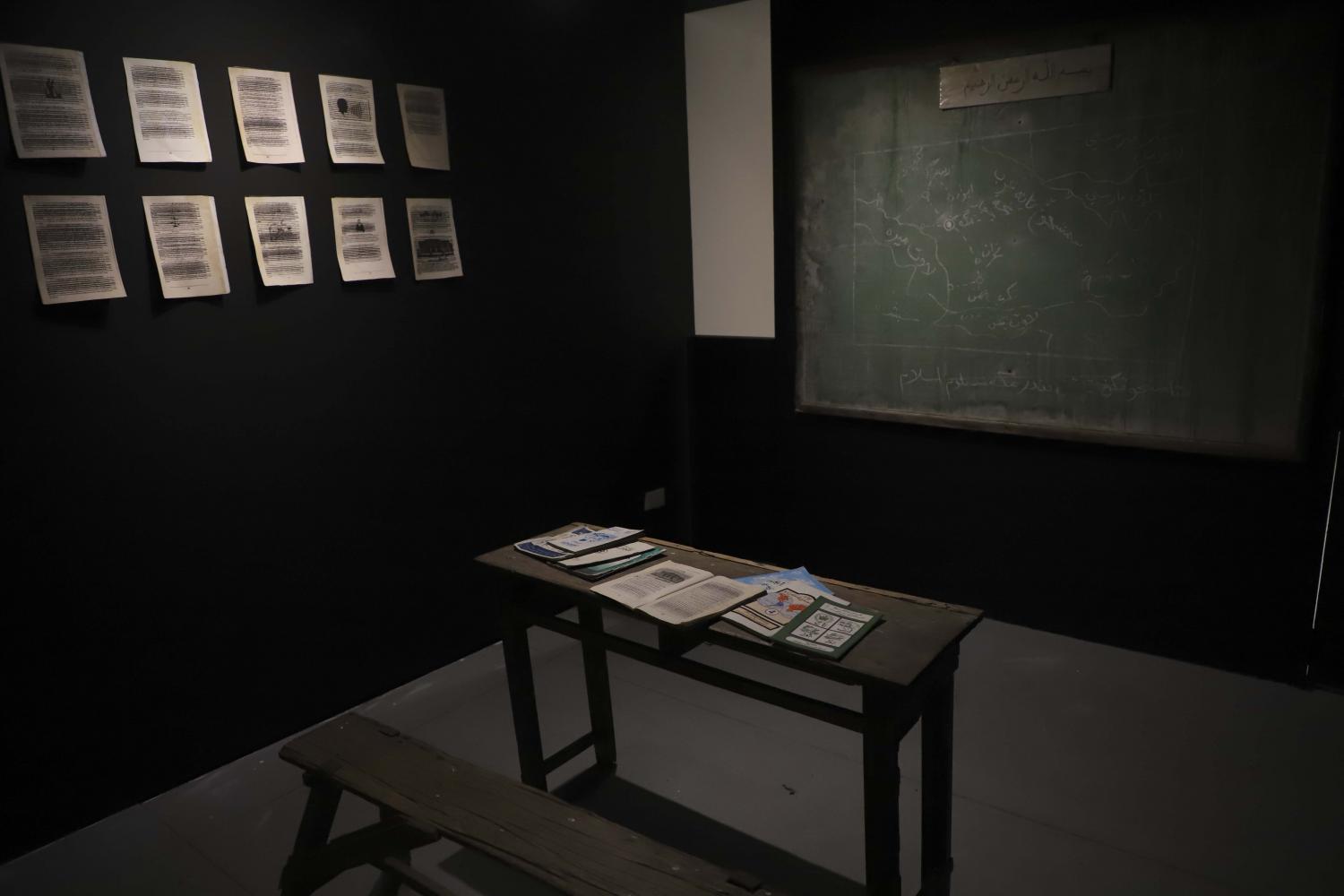 "State officers are worried that Tadika may teach students to be against the government through the use of the Melayu language. They stipulate teachers use the Thai language even though students already study it in Thai schools. Since Tadika lessons are free of charge, textbooks, materials and equipment are old. An old student desk, a chair and torn textbooks are displayed to emphasise the lack of Islamic educational support. Section 7 aims to promote pride in Thai identity, but it would be better if the authorities also respect our Melayu identity," said Wanmuhaimin. 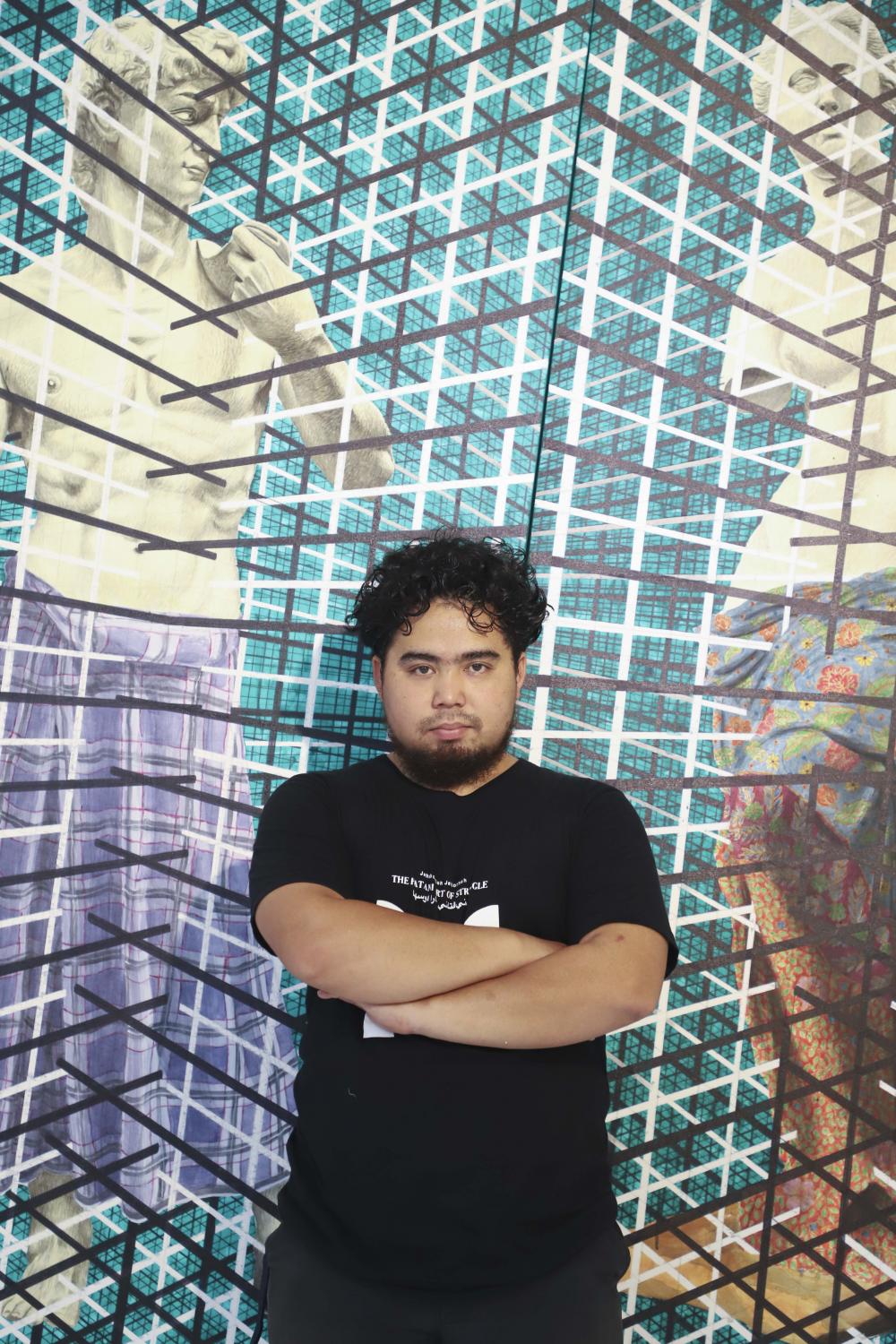 Artwork: This Ain't The Melayu's Way

Sarongs and garments made from batik fabric are recognised as the traditional clothes of the Melayu people. Muhammadtoha created an image of Michelangelo's David wearing a sarong and Venus De Milo wearing batik fabric, making the statement that Melayu is much more than a sarong or batik. In the painting, Muhammadtoha applied digital graphics into the images to represent modern design perspectives.

"It is nice when people are interested in the sarong and batik, but I hope that they will understand more about Melayu culture and belief. For example, Muslims have to pray five times a day. When we have to pray or ask for a Muslim prayer room, some people question why we have to be different. I hope that other people will understand our beliefs. I hope that viewers will raise questions about my work and will be curious to know more about Melayu," said Muhammadtoha.