A religious thriller, a Persian noir, a caricature of white guilt – at Cannes Film Festival, cinema is still capable of asking hard questions about the world, and about itself

In Cairo, a religious student at the prestigious Al-Azhar Islamic University is recruited by secret police to infiltrate a Muslim Brotherhood cell. In Mashad, a holy city in Iran, a serial killer prowls a seedy suburb and strangles head-scarfed prostitutes. In the first film, bloodlust officials torture dissidents with abandon. In the second film, religion is evoked and the name of God is cited as a justification for murder. This begs the obvious question: Will Boy From Heaven be banned in Egypt, and Holy Spider Iran?

Cinema is still capable of asking hard questions at the 75th Cannes Film Festival. In the age of TikTok, which is in fact one of Cannes' official partners this year, cinema still strives to push boundaries and probe the variable parameters of its own definition -- its relevance, its politics, its duplicity, its paradox.

The two films are subjects of discussion at the world's most influential film festival, which runs until this Saturday. Boy From Heaven is a political thriller by Tarik Saleh, a half-Swedish, half-Egyptian filmmaker born in Sweden. The story revolves around Adam (Tawfeek Barhom), a fisherman's son who gets a scholarship to study at Al-Azhar, the "beacon of Sunni Islam" where theologians and imams hold an unassailable authority in the interpretation of the religion. It's also where the political intersects with the spiritual. We're told that every Egyptian ruler, from Nasser to Sadat and all the way to the incumbent al-Sisi, wants to have the school in his tight grip. Through law, a president can rule the body of his citizens; through Al-Azhar he can also rule their souls.

So Adam, fresh from the rural, is swept into espionage and intrigue as he's coaxed by a secret agent to spy on dissident students while the state is trying to manipulate the election of a new supreme imam. Then a student is murdered, right there on the sacred ground of the school overlooked by a minaret, and Boy From Heaven turns into an Islamic version of The Name Of The Rose. One of the turning points takes place during a Koran recital contest, while the climax involves Adam in a theological duel with a blind sheik.

After Cannes, will the film be screened in Egypt? "They will have a few meetings before they decide, but I don't think the film is controversial," Saleh told Variety in Cannes. The film clearly features the image of the current president, and its depiction of secret police as the most cynical and most brutal instrument of power will not argue in favour of Saleh. Boy From Heaven takes us deep inside the cloistered walls of Islam's most revered religious college, attuned to its medieval details and Arabic jargon -- and yet all of this was filmed in Turkey.

As a thriller, Boy From Heaven is filled with plot holes, while critics from the Middle East have already scoffed at its inauthenticity. But in Cannes, the film is largely seen through a European lens, and what Saleh did was bring a world unseen before on the big screen to the audience -- and probably to a wider reach of international audiences in the coming months. And the only reason he could do this, in a paradox of modern storytelling and 21st century cinema, is because he doesn't live in the country where the story takes place. 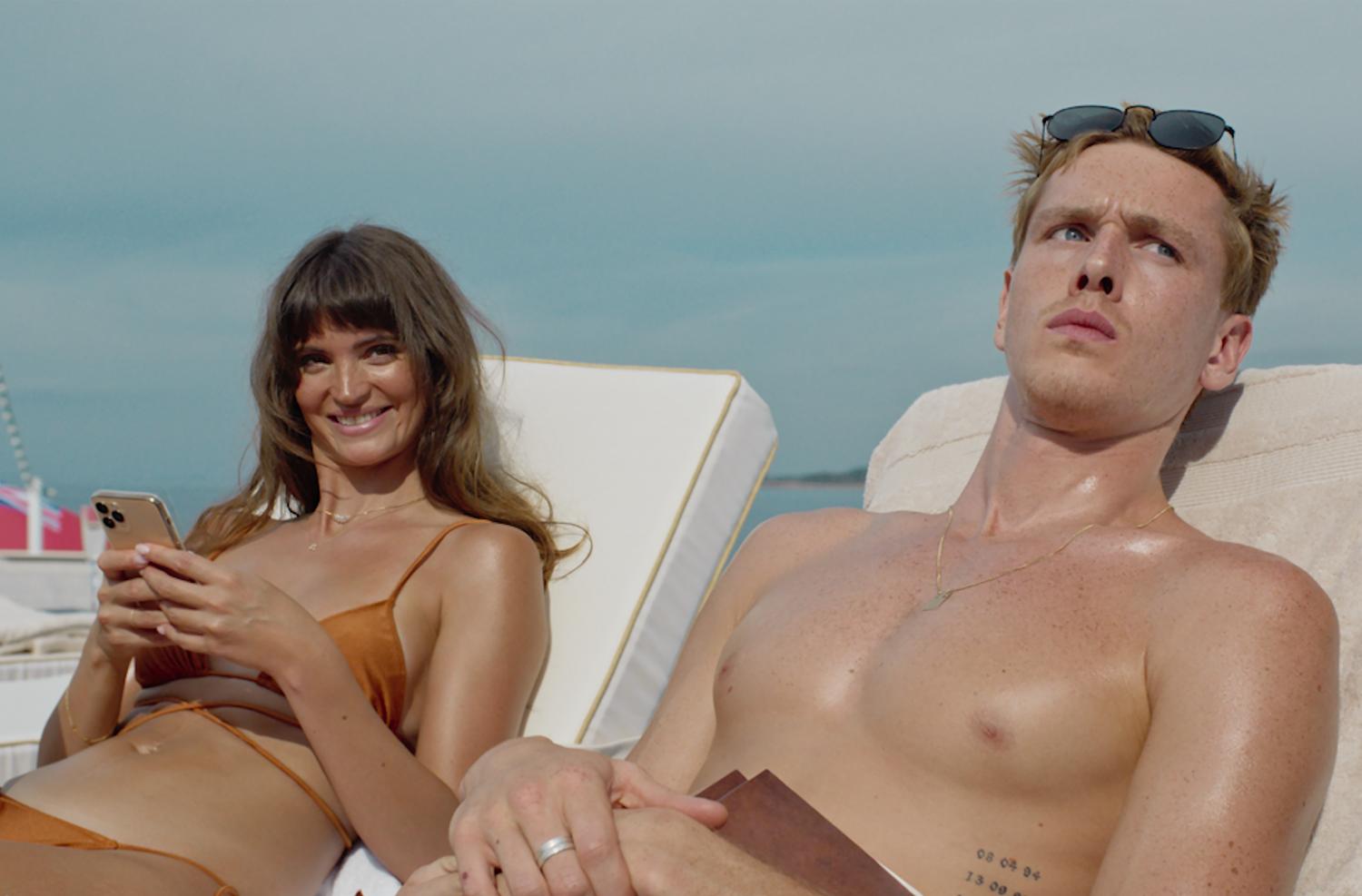 Likewise with Holy Spider, a serial-killer tale directed by Ali Abbasi, who was born and raised in Iran but now working in Denmark. Holy Spider is a so-called "Persian noir" set in the holy city of Mashad, Iran, where a female journalist hacks her way through patriarchal arrogance to uncover the identity of a murderer who has killed 16 prostitutes (the film is based on true events in 2000 to 2001). Jack the Ripper he is not, for barely 10 minutes into the story we already know the face of the murderer as well as his motif: he wants to purify his city, to rid it of filthy streetwalkers who are despoiling its sacredness with their gaudy make-up and loose manners.

Holy Spider takes place entirely in Iran, with all characters Iranian and speaking Farsi. But is it an Iranian film? Or is it a Danish film about Iran? Or, well, in fact, does it matter? Abbasi immerses the film in realistic details, and yet one can see that he's looking at his home country through the eyes of someone from the outside -- not an exile, not a dissident, but someone who knows how to operate in the game of European cinema. The story is local; the gaze is not, or not entirely. And like Saleh being unable to shoot Boy From Heaven in Egypt, Abbasi didn't get permits to shoot Holy Spider in Iran and had to do it in Jordan (he at first wanted to film it in Turkey, but "the Iranian government found out and blocked our project", he told The Hollywood Reporter). That's probably an answer to the question if the film would be banned from Iranian cinemas.

In the paradox of modern cinema, Holy Spider acquires that liminal space between inside and outside, between authenticity and representation, between provocation and taboo. The good news is we'll see it for ourselves, for the film is likely to open in Thailand later this year. 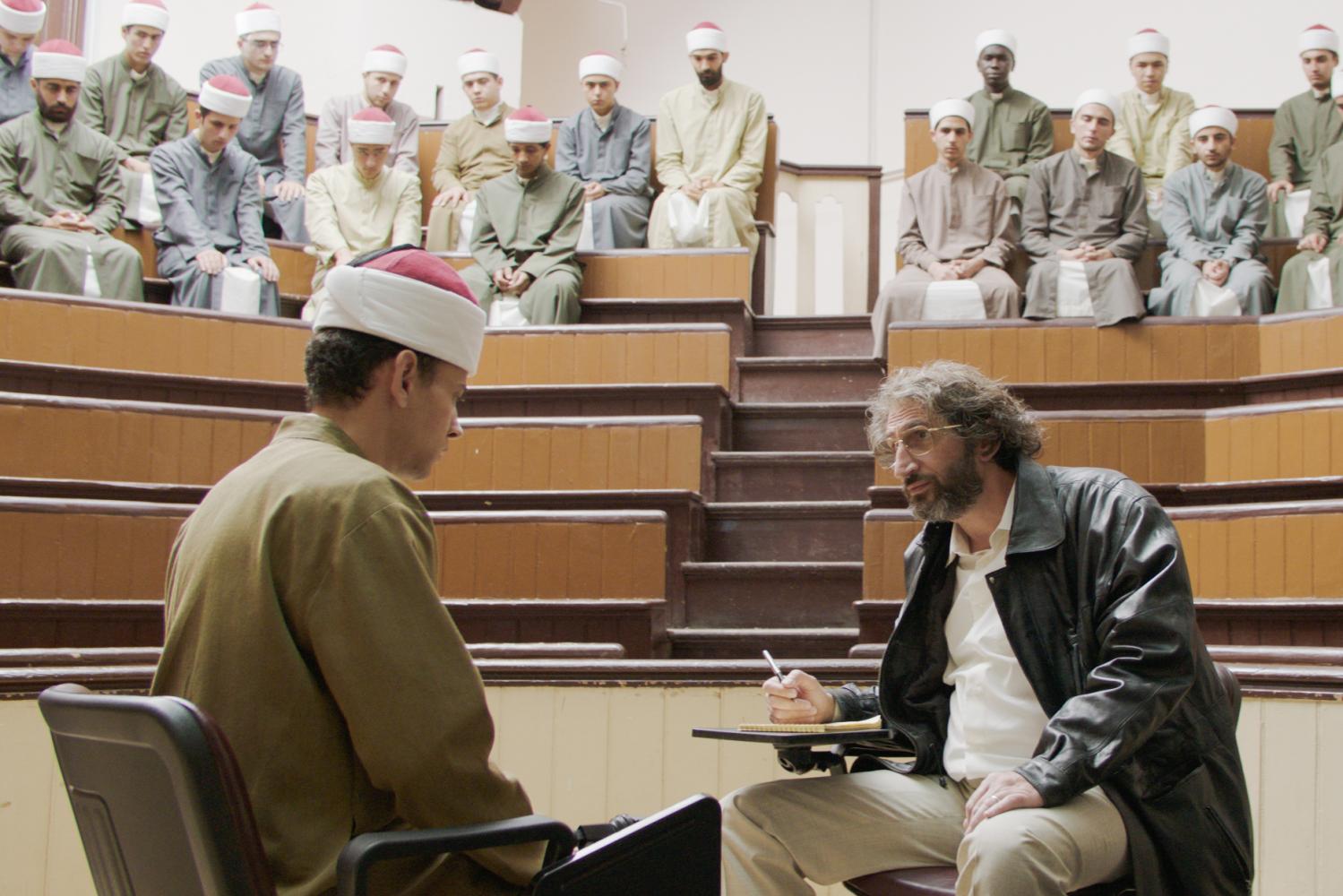 Away from the Middle East, but still in the thick of European cinema game, Cannes premiered Ruben Ostlund's Triangle Of Sadness (likely to open in Thailand too). A master of satire, Ostlund's latest, per his expertise, is a derision of white guilt and white privilege. The target is practically everyone: Gen Z influencers, Russian oligarchs, continental haut-bourgeoisie and American idiocy, as the film's parade of caricatures are exposed of their stupidity, class snobbery, racism and insecurity. The story takes place aboard a luxury yacht, on which well-heeled passengers are pampered by an eager crew, including a team of Asian-looking cleaning ladies crawling in the lower deck. Up until a storm hits, and you know, the proverbial faeces literally hits the fan.

Even as it mocks white, European hypocrisy, Triangle Of Sadness feels very white and very European. The film cracked up the tuxedoed Cannes audience. People like to laugh at themselves, for it's a sign of enlightenment, a form of redemption. From the side, we non-Europeans enjoyed the barrage of insults Ostlund throws at the rich and the vain -- such universal targets -- and yet we wondered if the film itself is a hipsterish European anti-hipsterism, the kind that can only be made by someone deeply immersed in the game of arthouse filmmaking. Another paradox of modern cinema, perhaps. Triangle Of Sadness is a specimen of smart film that takes itself, its art, its jokes, a little too seriously because it knows what the audience wants from it.

Boy From Heaven, Holy Spider and Triangle Of Sadness may seem as dissimilar as movies can be. But in the strange cauldron of Cannes, they share an intrigue that hints at the deep paradox of modern filmmaking. Let's see how far they will go when the festival announces its winners on Saturday.