For Kok Heng Leun, memories of Pulau Ubin, an island northeast of mainland Singapore, go as far back as when he was a teenager.

"The space is quite laid back, which is something that I really enjoy," he says.

For Koh Hui Ling, who grew up in a village, the island reminds her of her childhood -- "the roads, the lights, especially at nighttime".

In preparation for their site-specific performance titled ubin, a Singapore International Festival of Arts (SIFA) commission, two co-directors from Drama Box, a Singaporean theatre company known for socially conscious work, have been bringing equipment to the island and taking them back to the mainland every night, not only to protect the equipment, but also the animals, the residents and tourists there.

Pulau Ubin is home to a variety of animals, including wild boars, and about 30 humans. Tourists come by boat during the day to walk and bike around. This may remind Bangkokians of our artificial island or the "green lung" known as Bang Krachao. For the performance, which takes place at night, a time when the island is usually free of visitors, Drama Box worked with the Singapore Nature Society which conducted a biodiversity impact assessment of the performance sites to help minimise and mitigate the impact on the flora and fauna. 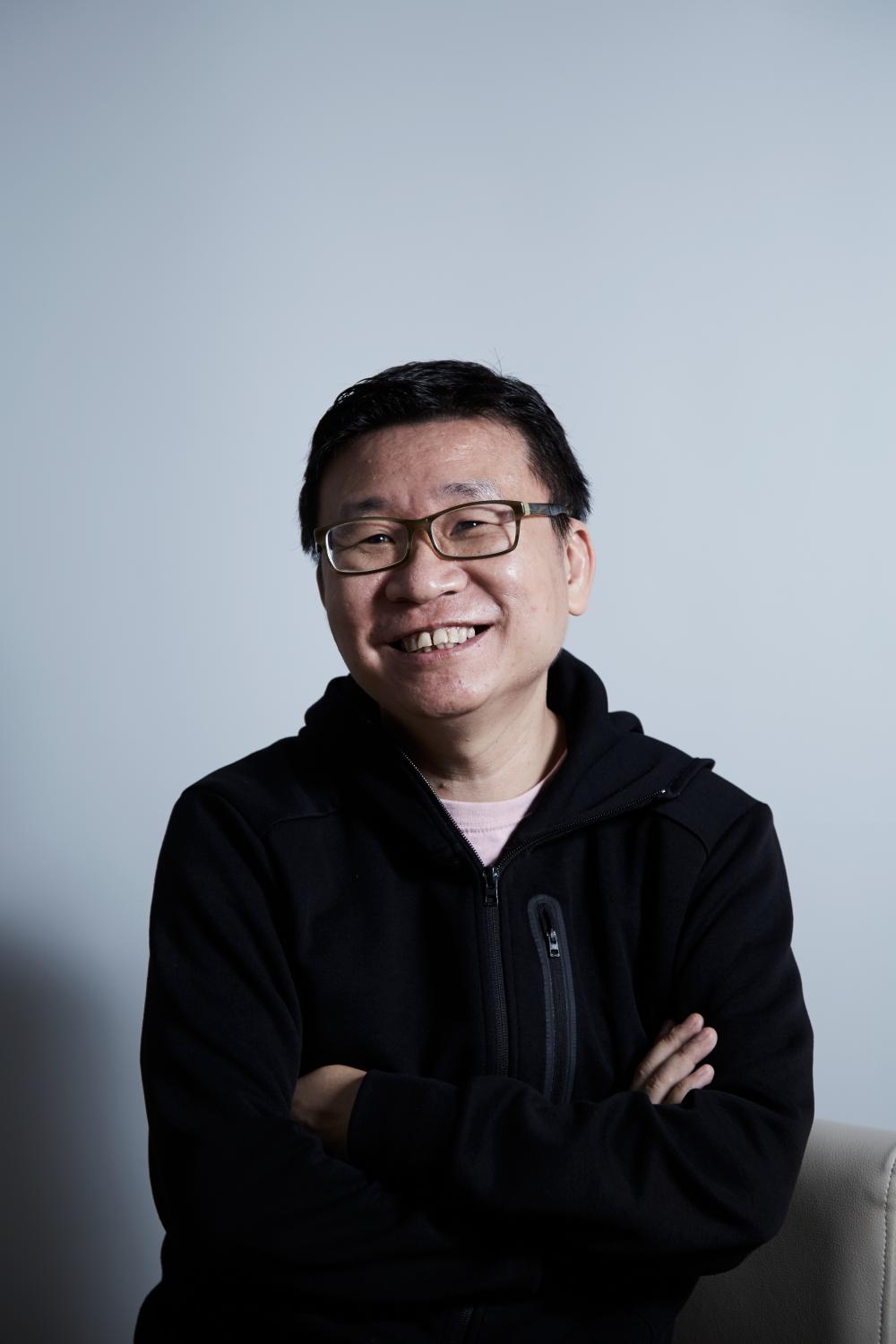 This type of audio performance is not new, but since Covid, it seems to be more common as it's conducive to social distancing and responds to our screen fatigue and hunger for interaction with others and surroundings. Bangkok theatre-goers have seen at least two such performances since the pandemic began: FULLFAT's Save For Later and most recently Circle Theatre's Hope It's Mostly Sunny In Samyan.

These performances are usually in urban spaces. But ubin takes us into nature, where humans are a minority. Heng Leun and Hui Ling talk about how they work with the island and its inhabitants, the experience they have designed for the audience and how they want to leave it behind.

Why this particular place and production now? Do Covid, social isolation and our longing for nature have anything to do with you wanting to pursue a project with this space?

Heng Leun: I've always had a wish to do a production there since the early 90s. If you examine this island, it's a very interesting space to look at our future -- not just the future of Ubin but the future of the world post-Covid -- where we start to think about our relationship with nature. How do we co-exist? Ubin started with development in its modern history. And when a human settlement disappears, nature takes over. Now, human settlement is trying to find their footing in this place. It's almost like a peek into our possible future of how humans can live. 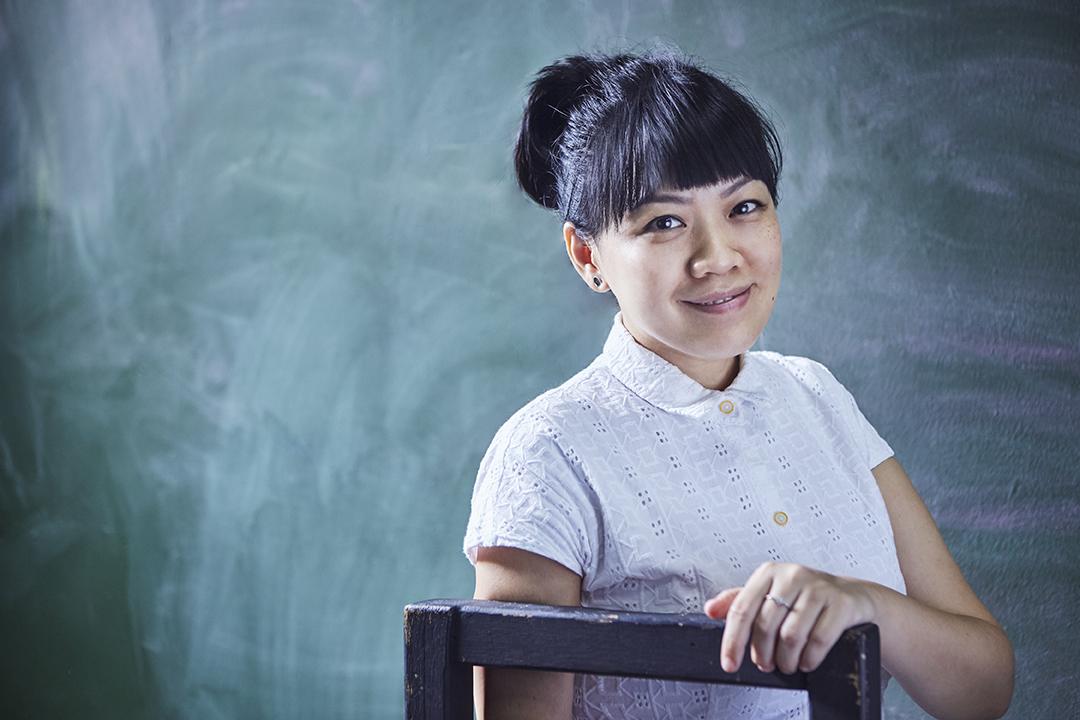 Since this year's festival's theme is "The Anatomy Of Performance: Ritual", how did you address the idea of ritual in "ubin"?

Heng Leun: I think one of the important aspects of a ritual is a simple gesture of slowing time. I think the idea of ritual has a lot to do with how we can slow time in an act of doing something. This performance actually really requires you to slow down, right from the moment you get on the bumboat to the jetty. When guests arrive at the jetty, they arrive at the island and begin the walking process. It's like a tour. On most tours, people walk really fast, but [here], there is constant storytelling that slows you down and requires you to exercise your different senses. I think it goes back to the ritual of being and whether you can slow things down and be attentive to small things.

What kind of sensory experience do you want to create for the audience?

Heng Leun: [The question is] how to be maximal in a minimalist approach? So when you're working with lighting and spatial designers, some of the things that we've been constantly thinking about is how do we use elements there rather than putting in additional elements. And even when we want to put in additional elements, it should be as minimal as possible and as least intrusive as possible. In terms of lighting, how do we use it to highlight rather than to make a spectacle of things? We just want to aid the audience in the process of appreciating what is unique about this place. The natural elements are powerful enough. If you try to take over it, you end up not serving it.

Hui Ling: I think it's the whole idea of thinking about what immersive means. Sometimes when you have an empty warehouse, to be immersive, you dress up the place a lot. In the case of ubin, the place is already dressed up. And there is also something that we want to share with the audience, which is why I think the approach really is about reducing, but to a point where our focus is on the site. The other thing is we're in literally people's backyard. Quite a lot of residents are also elderly and used to the nighttime being very quiet. So, how do we allow the audience to experience the space for what it is and also minimise the impact on the residents and nature as much as possible? 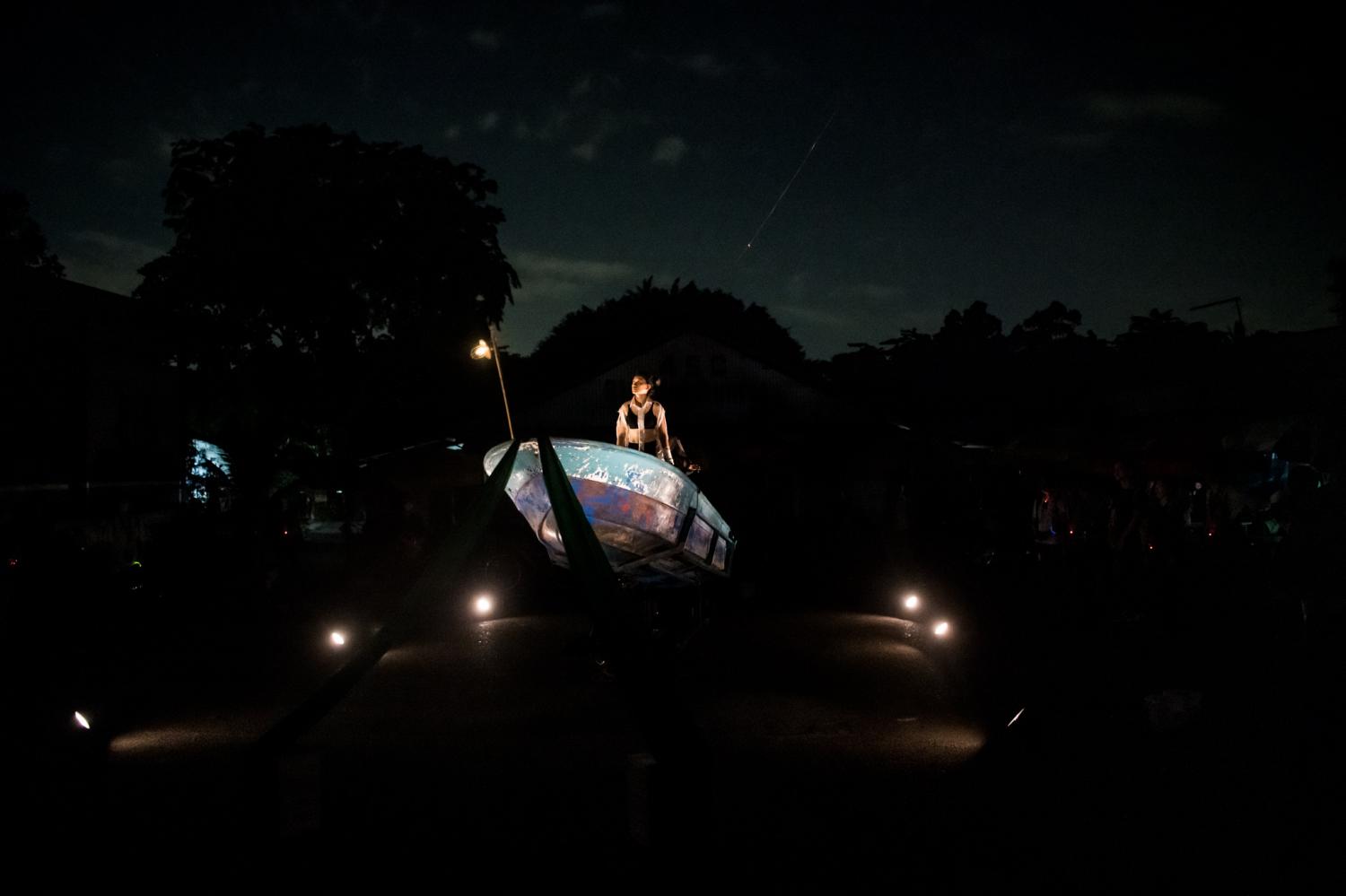 You're also working with choreographers-performers in the show. How is dance used in the show? And why this particular form of storytelling?

Heng Leun: You have a huge canvas there. Wherever you stand, there is a very beautiful canvas and it is expansive. It's not like theatre or cinema where you can frame a particular [image]. I think when we were talking about it, we felt if you have actors there speaking lines in this kind of environment, it doesn't work. You'd probably need something slightly more heightened that is able to work with the lines, the architecture, the shapes and the sounds of things. So you need something much more abstract or a stylistic kind of language and dance or movement comes naturally. The choreographers we work with are contemporary dance choreographers. They are extremely sensitive to space and connectivity. And if you work in such a rugged environment with such a huge piece of canvas, which is sometimes so overpowering, how do you actually then place a body within and be in connection with it in various ways? Besides the choreography, there is also an audio feed. [Audiences are going to be] listening to stories, and the voices of the residents and people involved in ubin.

Do you find that audio can be isolating?

Heng Leun: That has been one of our technical challenges. We were trying to find different kinds of headphones. We are using in-ears, so you can use one of your in-ears, and that allows you to not lose connection to the outside world […] You'll be surprised. We say that nature is quiet. Actually, it's not quiet at all. So even the [audio] cannot drown out the sounds of the insects which are very, very loud. And they keep reminding you that you're outside.

What kind of relationship do you want to have with this place and its people as a company and as artists following the show?

Hui Ling: The island itself was built on a quarry. When that concluded, the residents were looking for different ways they could continue living on the island. The producers from the team, maybe because they're used to working with performances in found spaces, proposed that we get daily necessities from the shops there. So giving back to them in terms of patronising their eateries, their shops that sell all the sundries, snacks and water. [Also], the second part of [the show] is to concretise what the audience has [experienced] through facilitation so that they can come up with an ideal scene and propose what the future of Ubin is going to be. We're really hoping that we could collect all these aspirations and dreams that we have for ubin and present them to civic-society friends, who have been working very hard on the ground, and add to the discussion of what already has been happening on Ubin itself.

ubin runs Wednesdays to Sundays at 6.15pm until June 5 in Singapore. For more information on the performance and on SIFA 2022, visit sifa.sg.