Return of the icons

Disney's Star Wars reprise digs deeper into the dark side

It's been nearly two decades since the Star Wars and sci-fi movie fans were introduced to the franchise's prequel trilogy that ended with its third film Revenge Of The Sith in 2005. Fans knew that Anakin Skywalker lost to Obi-Wan Kenobi in the duel battle and left badly wounded. Yet he survived and went on to become Darth Vader, a disciple of the dark side in the original Star Wars trilogy (1977–83). This didn't stop many die-hard fans from frequent discussions and theorising about what happened in between the events of Episode III and Episode IV.

The timeline is now being explored in the six-part limited series Obi-Wan Kenobi. Directed by Deborah Chow, the first two episodes of Obi-Wan Kenobi are now streaming on Disney+ Hotstar, with subsequent episodes premiering on Wednesdays. The Star Wars spin-off series has some familiar faces thrown into the mix, including Ewan McGregor as the title character, and Hayden Christensen, a Canadian actor who reprises his prequel trilogy roles as the asthmatic dark lord Darth Vader.

"It was such an emotional experience for me to get to work on this project again with everyone. Get to work with Ewan [McGregor], and again, play opposite each other as these characters were just so cool. You know, a very unique thing to get to come back after all this time," Christensen told Life during the recent exclusive one-on-one interview about his feelings on the films that changed his career forever. 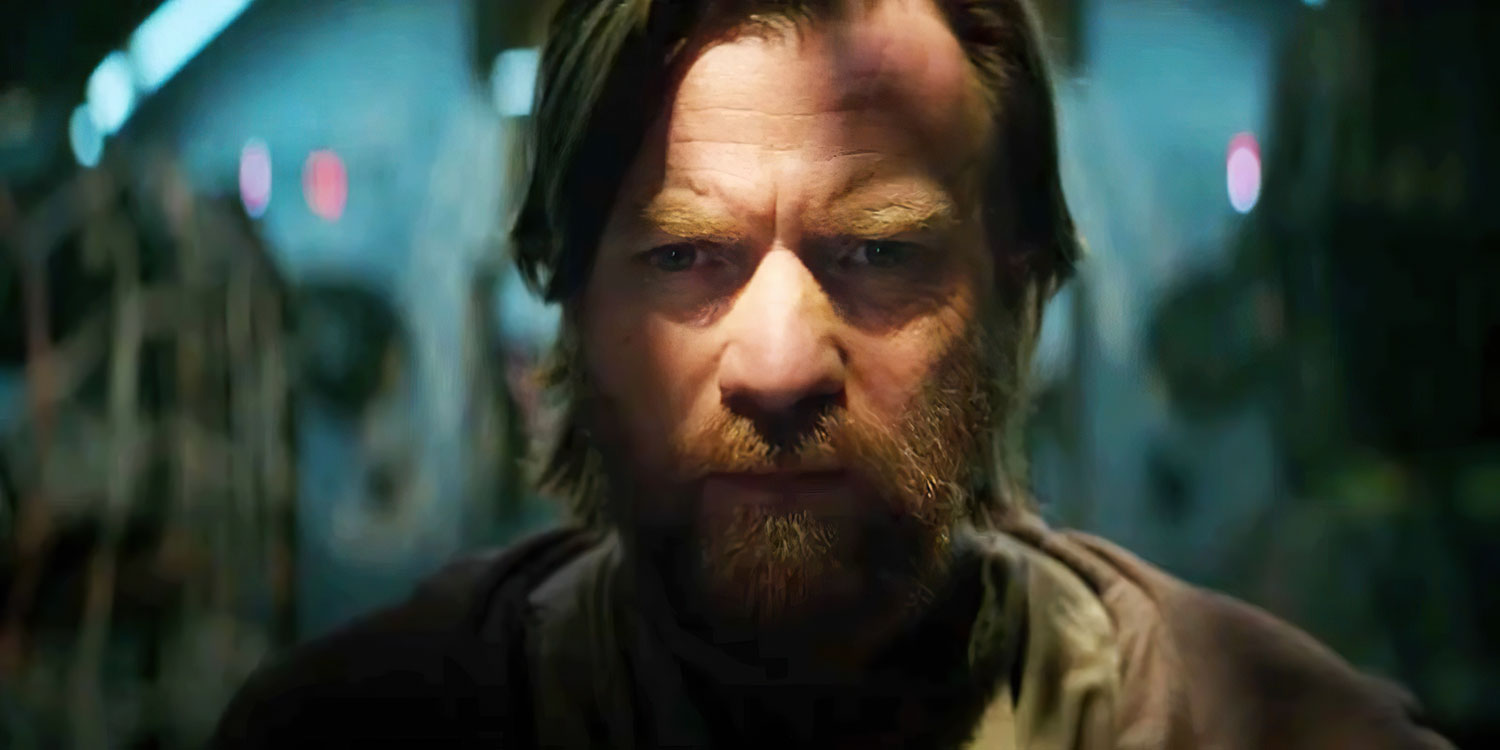 Christensen was only 19 when he landed the role of the young Jedi-intraining Anakin in the second and third of Star Wars prequels. The role rocketed Christensen to instant global stardom and he went on to star in many successful films such as sci-fi thriller Jumper (2008) and the crime action American Heist (2014). Christensen never thought that he would revisit this iconic character 17 years later.

"Well, for the longest time I did not think I would be playing the role again. When we finished doing the prequels, that really felt like the end of my journey with this character," he said. "But this is a character that has stayed with me too. And, you know, one that I have continued to think about over the years. And of course, maybe in the back of my mind, I was always curious if this opportunity might present itself and I was really excited when it did. Very grateful for it too."

The series Obi-Wan Kenobi serves as a continuation of a story and begins 10 years after the dramatic events of Revenge Of The Sith. It follows the adventures of Ben Kenobi (McGregor) as he's in hiding on Tatooine, and watches over the young Luke Skywalker, and waits for the right moment to bring about the return of the Jedi and topple the Sith-led Galactic Empire. However, the former Jedi master is brought out of retirement, and on a mission to bring a young Princess Leia to safety, as well as facing his own nightmare — his former pupil who's now a vengeful Darth Vader. 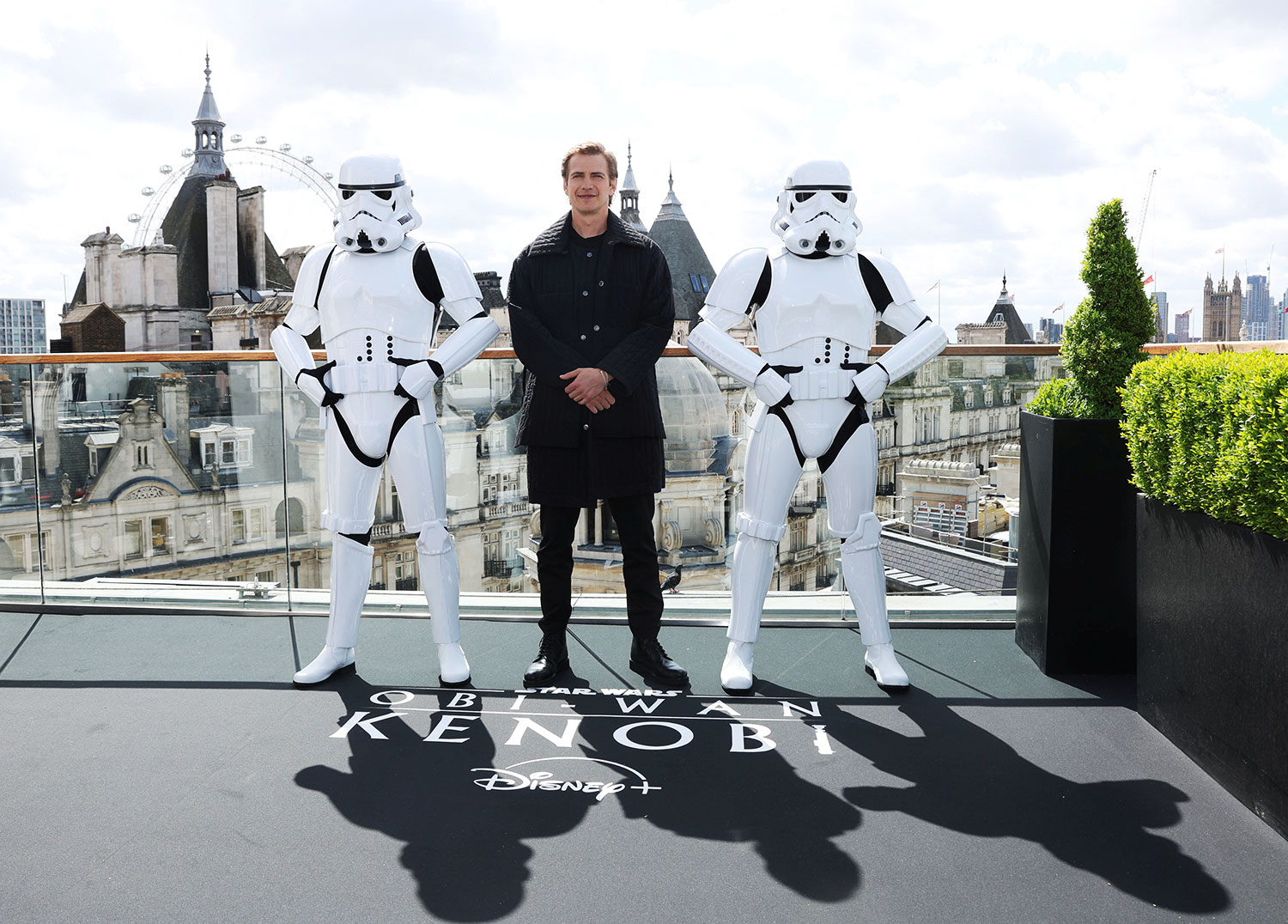 Actor Hayden Christensen poses at the Corinthai Hotel to celebrate the upcoming launch of Obi-Wan Kenobi on Disney+ in London.

"I think that [the premise] was sort of what was really exciting for me. The idea that we were going to explore these characters at this point in the timeline. The Republic has fallen to the Empire and Obi-Wan is in hiding. Vader's hunting down the Jedi because they represent an opposition. It's mandated by the Emperor but it's also more than that — it's personal for him. It goes back to this sort of internal struggle that Vader has with his personal identity — in trying to kill the Jedi, he is trying to kill that part of himself," explained Christensen.

"This is 10 years post-Revenge Of The Sith, and in a lot of ways, this is kind of Vader in his prime, just because he's so consumed by all of these negative emotions, and by the sort of imprisonment that he feels in his new life. And all of that fuels his dark side abilities. And those abilities are on full display in this series. He's a very complex character as there's a lot going on. And we do get sort of a glimpse into the experience of being Darth Vader, which I don't really think we've done before."

Christensen, 41, says he looked forward to being back in the iconic costumes as much as the most obsessed fan did.

"The whole experience was rather surreal. I mean, just going back in for my first costume fitting and putting the Darth Vader suit on again. In the prequels, I was Anakin and I got to show that transition, but I didn't get to spend much time in the suit. So to come back and revisit the character at this point in the timeline was huge," he said.

"The Vader suit in this series is very similar to the one that we all know and love. And we all felt a real responsibility to honor this character and keep things the same as the original as possible. However, there's a couple of minor differences, which I think it'll be fun for fans to discover for themselves."