I guess it's that time when Disney thinks traditional glass slippers are not cool for the young generation, but sneakers surely are. From the title of Disney's new musical romantic comedy, Sneakerella, you can tell it has something to do with Cinderella. Yes, it's based on the classic, but it's a new, modernised version. They gender-swap the characters and then dive into sneakerhead culture and dance music. Whether this sounds like a weird combination, well, such a movie now exists.

Sneakerella was directed by Elizabeth Allen Rosenbaum and stars the teen actor Chosen Jacobs from It (2017). Set in modern-day New York City, Jacobs plays El, a young man from Queens who works as a stock boy in his late mother's shoe store, now run by his stepfather. He's an aspiring sneaker designer but is discouraged from pursuing his passion by his stepfamily. However, one day El's dream starts to come true when he meets Kira King (Lexi Underwood), the daughter of sneaker tycoon and former basketball star Darius King (John Salley). He becomes inspired to create a truly unique pair of sneakers. And while hoping to strike a business deal with a shoe company, El still has to deal with his evil stepbrothers who threaten to tear his dreams and relationship with Kira apart.

Besides sneakers and New York City, this movie plays out the way Cinderella does. So if you are familiar with the original story, this is quite predictable as it doesn't say or show anything new story-wise. However, some of the presentations are interesting enough to hold one's attention. The music and dance choreography also play quite a big role in the narrative. They are energetic and cover a variety of genres ranging from pop, dance and hip-hop to ballads, so it should have something for everyone to enjoy.

Jacob stars as the main protagonist, and I didn't have a problem with how the story opted to depict a male as Cinderella. Jacob does a good job of portraying his role, especially in musical sequences in which he performs well. But for the story, it can look a little silly at times, especially seeing his character, despite being a man, getting bullied by two step brothers over small issues. 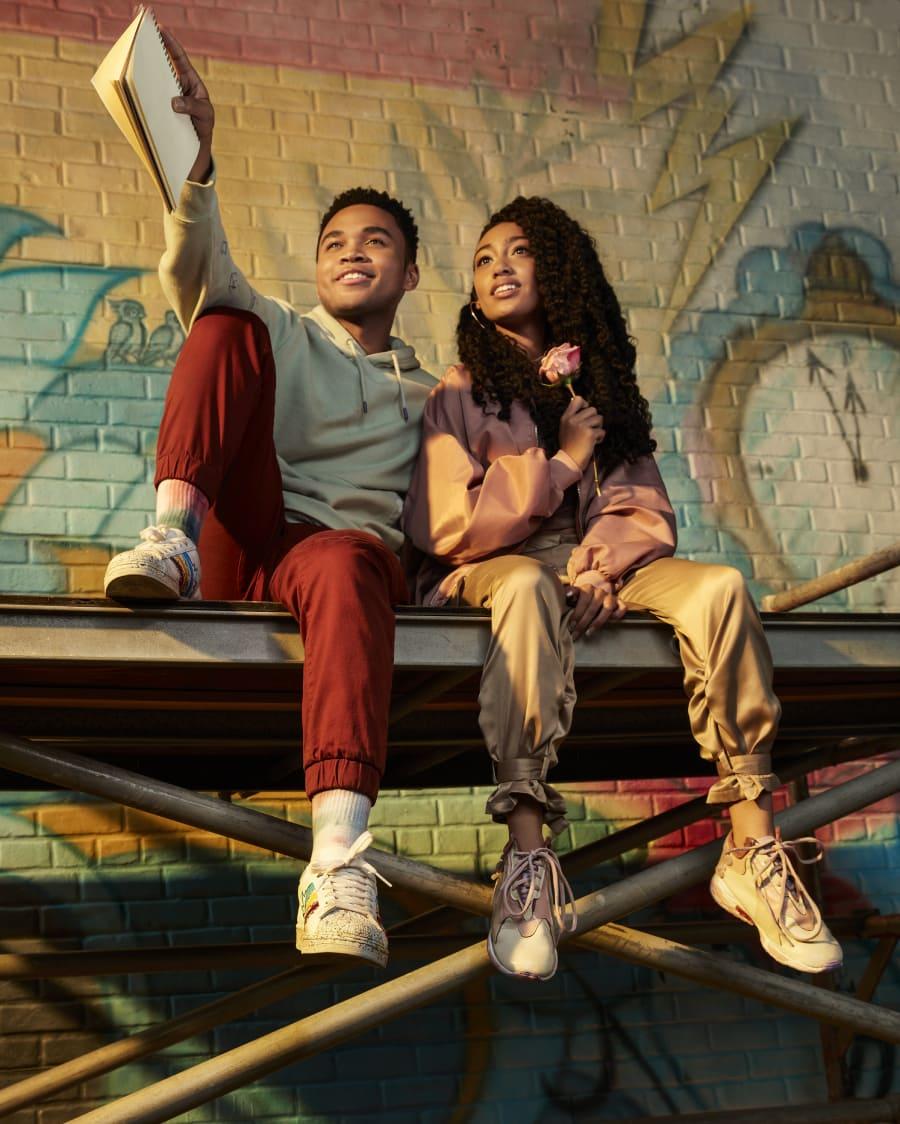 The bonds here are also a really mixed bag. While some updates to the story fit, others just feel contrived and forced to add extra drama where there isn't any. The romance that develops between El and Kira is pretty much the exact same as in Cinderella. The sparks fly almost immediately, then the two are separated by family and class. Even the sneakers serve the same purpose as the glass slippers. The course of their relationship is predictable from beginning to end. There are some supporting characters who tag along for the story, but they end up being just as generic as the romance itself. For example, El's best friend Sami (Devyn Nekoda), who we know nothing about other than that she claims to be a lesbian at the beginning, is always there for El and helps him stay committed to his dream. It's nice that she's a supportive figure, but beyond this, her character is nothing more than a cheerleader.

Sneakerella is an average family film that won't blow anyone's mind. There are a number of cheesy scenarios and humour that should appeal to kids. However, it is still an interesting attempt to see how the movie modernises an old fairy tale. So for fans of Disney who want to see their animated favourite retold again from a new perspective and don't mind predictable storytelling, you may actually enjoy this movie.