As part of his "Good to See You" spoken word tour, the punk rock legend Henry Rollins is making his way to Southeast Asia and making a stop in Bangkok for a one-night-only show on Oct 21 at King Power Aksra Theatre.

On the Good To See You 2022 tour, Rollins will faithfully revisit the stories and events of his life in the brief pre-Covid period since the last tour and when things got even stranger over the last several months. It's been an interesting time to say the least and he's got some great stories to tell. 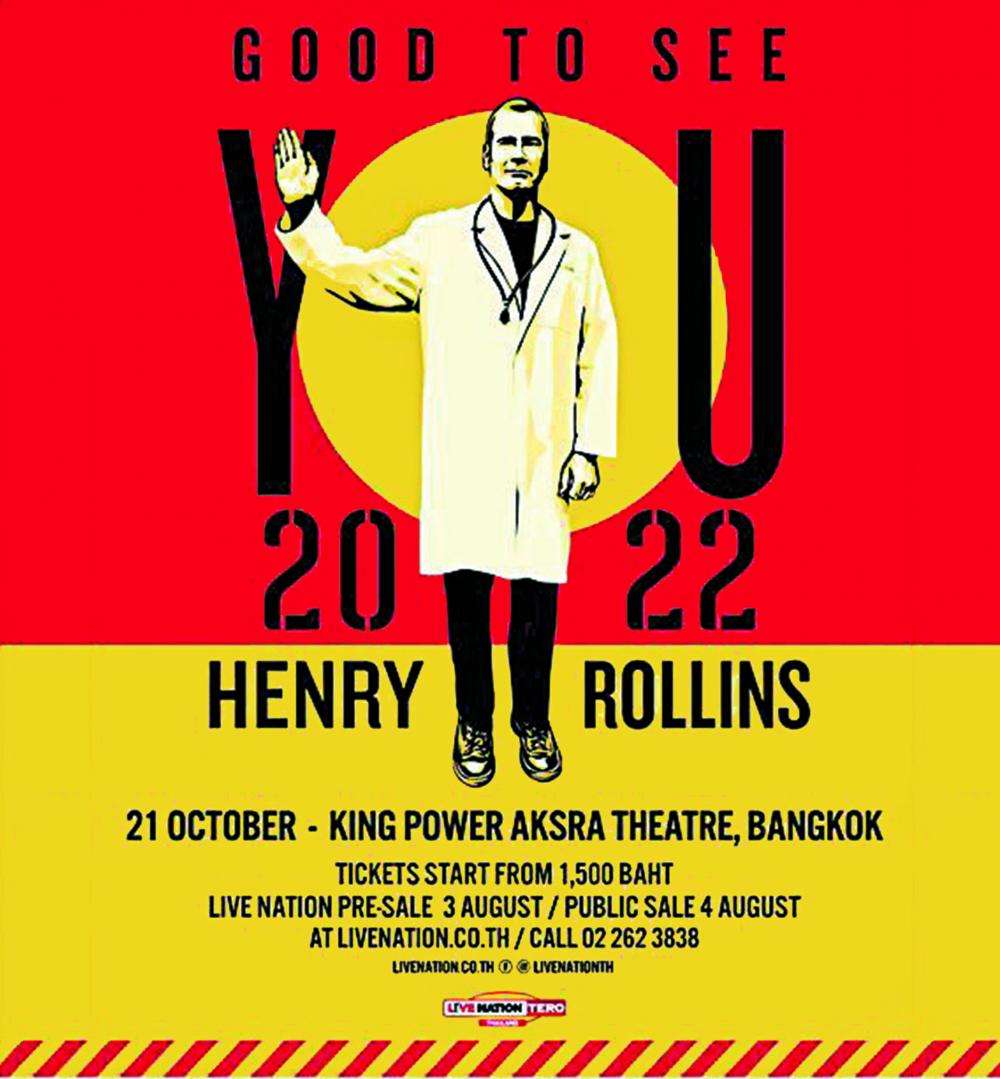 Henry Rollins is an American singer, poet and author who's well-known around the world as the former lead vocalist of the legendary Los Angeles hardcore group Black Flag and produced a number of notable albums throughout the 1980s, including Damaged (1981) and In My Head (1985) that made him one of the most recognisable faces in the 1980-90s punk scene. After leaving Black Flag, Rollins went on to form and front his new group, The Rollins Band. The group had recorded a string of solid heavy alternative rock albums through the 1990s and early 2000s, and Weight (1994) featured Rollins' first Top 40 single Liar. Apart from his musical talents, Rollins also proved himself to be gifted at monologues, and his performances often blend self-deprecating humour and political commentary with the rage and intensity befitting a former punk front man.