Hope for a better future

In 'The Leftovers', artist Patcharapa Inchang explores loss and uses art to voice her dissatisfaction

In the short Surrealist fiction Lok (Peeled) by Jirat Prasertsap, a woman tries to move on after her boyfriend leaves her and she is unable to contact him. She throws away everything that reminds her of her ex-boyfriend. She quits her job and moves to live in another province. However, her memory of him and his touch does not fade, so in an attempt to forget him, she decides to peel her skin from head to toe.

Due to Lok, Patcharapa Inchang was inspired to create the art exhibition "The Leftovers". The exhibition not only represents the pain of a lover who lost a loved one but also concerns issues such as enforced disappearances.

Daughter, which is charcoal on linen, is the main painting of the exhibition. It is a portrait of Pratabjit Neelapaijit, the daughter of human rights lawyer Somchai Neelapaijit who disappeared in 2004. Patcharapa said she created the painting after she saw an interview with Pratabjit. 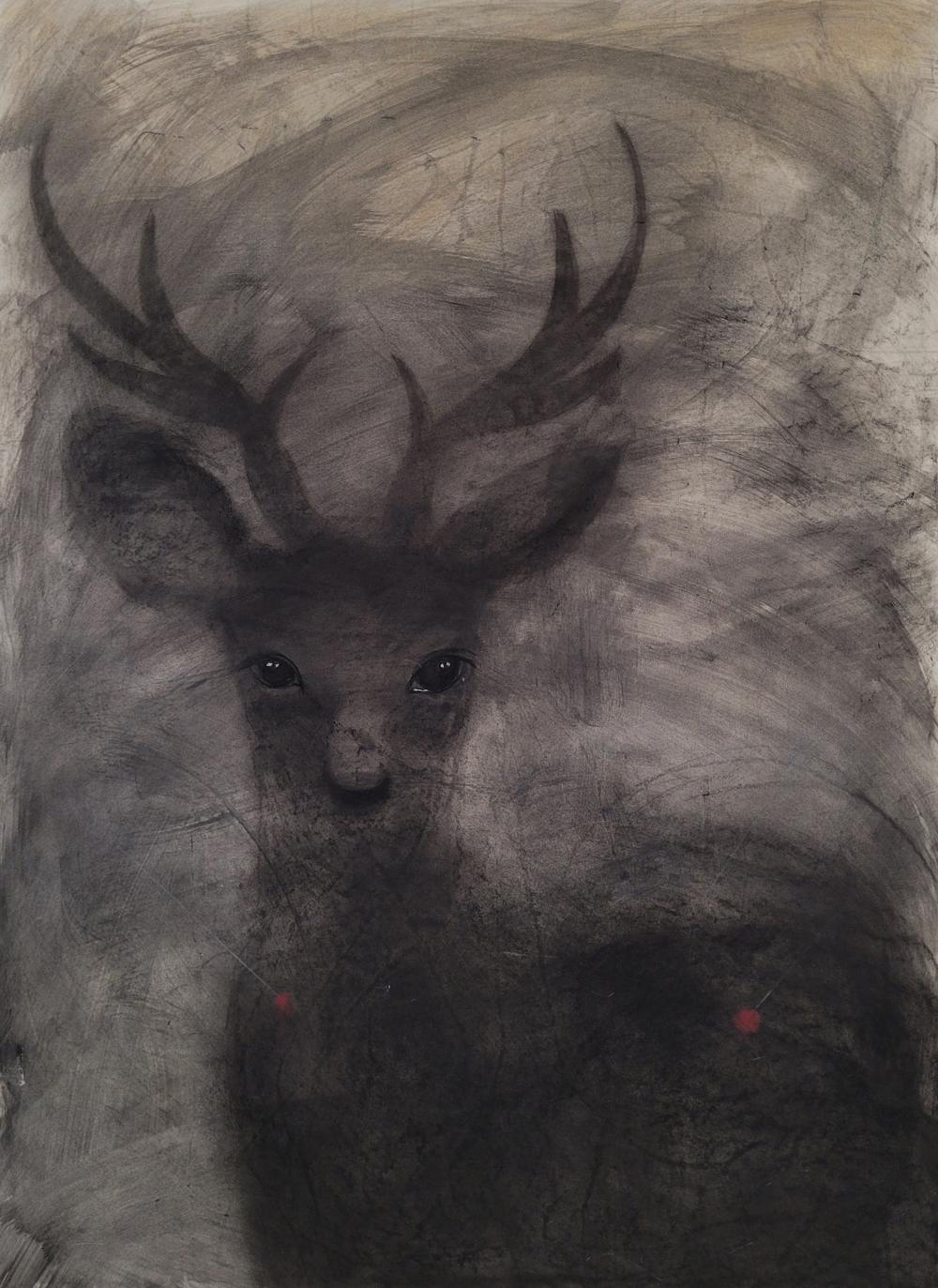 Above Wounded Deer. Photo © VS Gallery

"In the interview, Pratabjit said that her father had disappeared almost two decades ago and there has been no progress on his case. There are also others who have experienced mysterious disappearances of family members. She said that every time she hears the news about disappearances, she feels a recurring stabbing pain resurface in her heart. It was painful when I saw her interview, so I transformed it into the painting Daughter. I drew her portrait with charcoal on linen and cut it into strips. Then, I put all the strips back together in one frame," said Patcharapa.

Patcharapa was recognised for her viral drawing last year when she drew a picture of several people hanging themselves in the middle of the capital. In the picture were also a skytrain and a convenience store. Patcharapa drew the picture when there were cases of suicide due to economic hardship brought on by Covid-19. The drawing aimed to criticise the government's inefficient management of the crisis. Due to that popular drawing, renowned artist Mit Jaiin discovered Patcharapa and decided to support her debut solo exhibition, "Poetry Of Death", which showcased her political art. Patcharapa, who was a freelance graphic designer and yoga teacher in Chiang Mai at the time, decided to become a full-time painter.

"I had always wanted to be a painter since I was young, but my parents said that in Thailand, being a painter is a difficult way to make a living. Thus, I chose to study design instead. I eventually pursued a career in painting because I could not see my future as a graphic designer while the junta government is running the country. I wanted to do what made me happy. At least I am able to express how I feel which is better than catering to what clients want," she said. 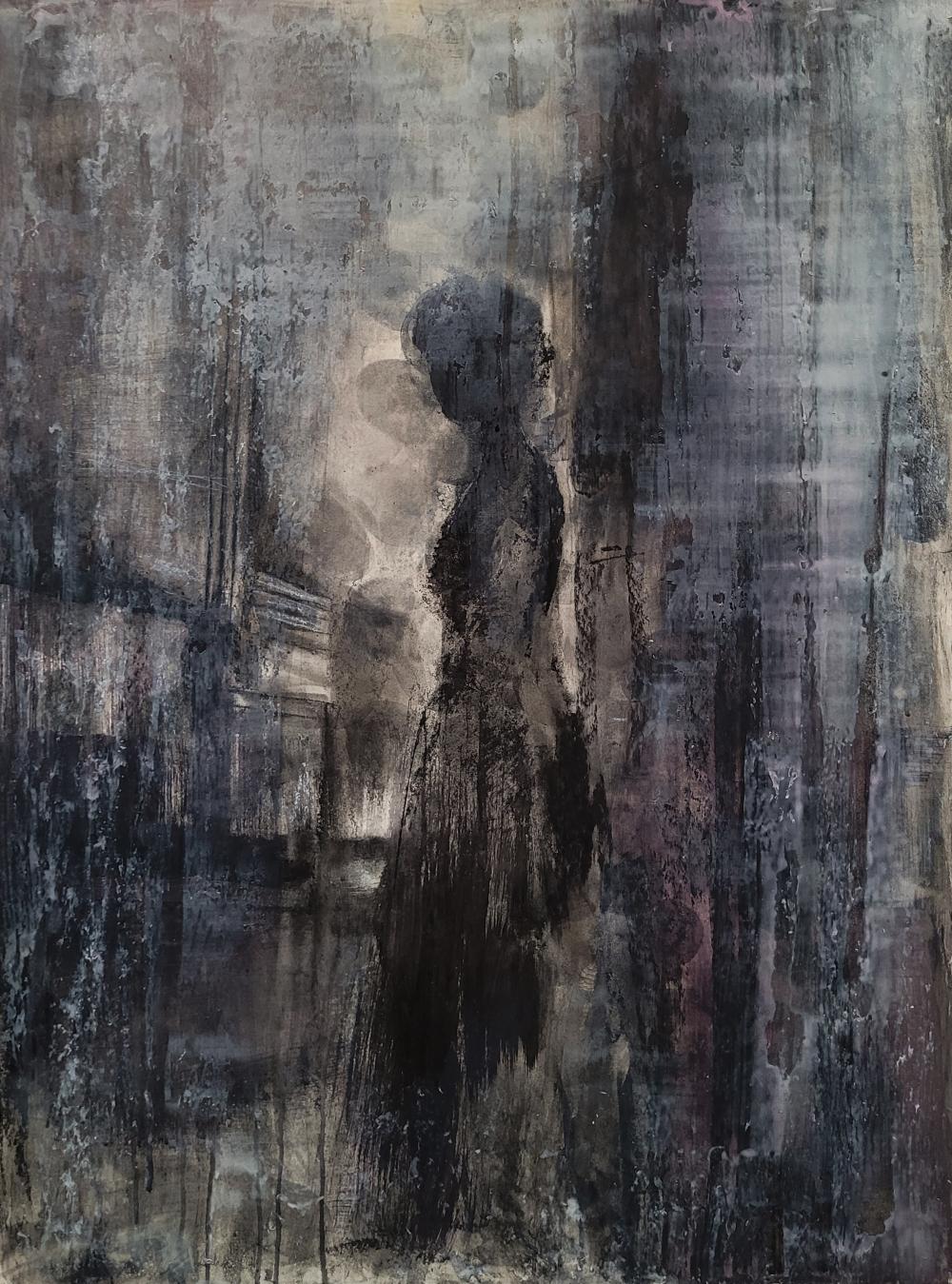 Below Woman In The Rain was inspired by a rainy day in Bangkok. Photo © VS Gallery

"'Poetry Of Death' was exhibited at Cartel Art Space during the art event 'Galleries' Nights 2021', which attracted viewers and media representatives. 'Poetry Of Death' was on several media platforms which made art collectors interested in the exhibition. I think many art collectors have an interest in political art, but they do not show it. My paintings also do not express my opinions overtly, but rather in an obscured manner. I do not openly criticise the government." 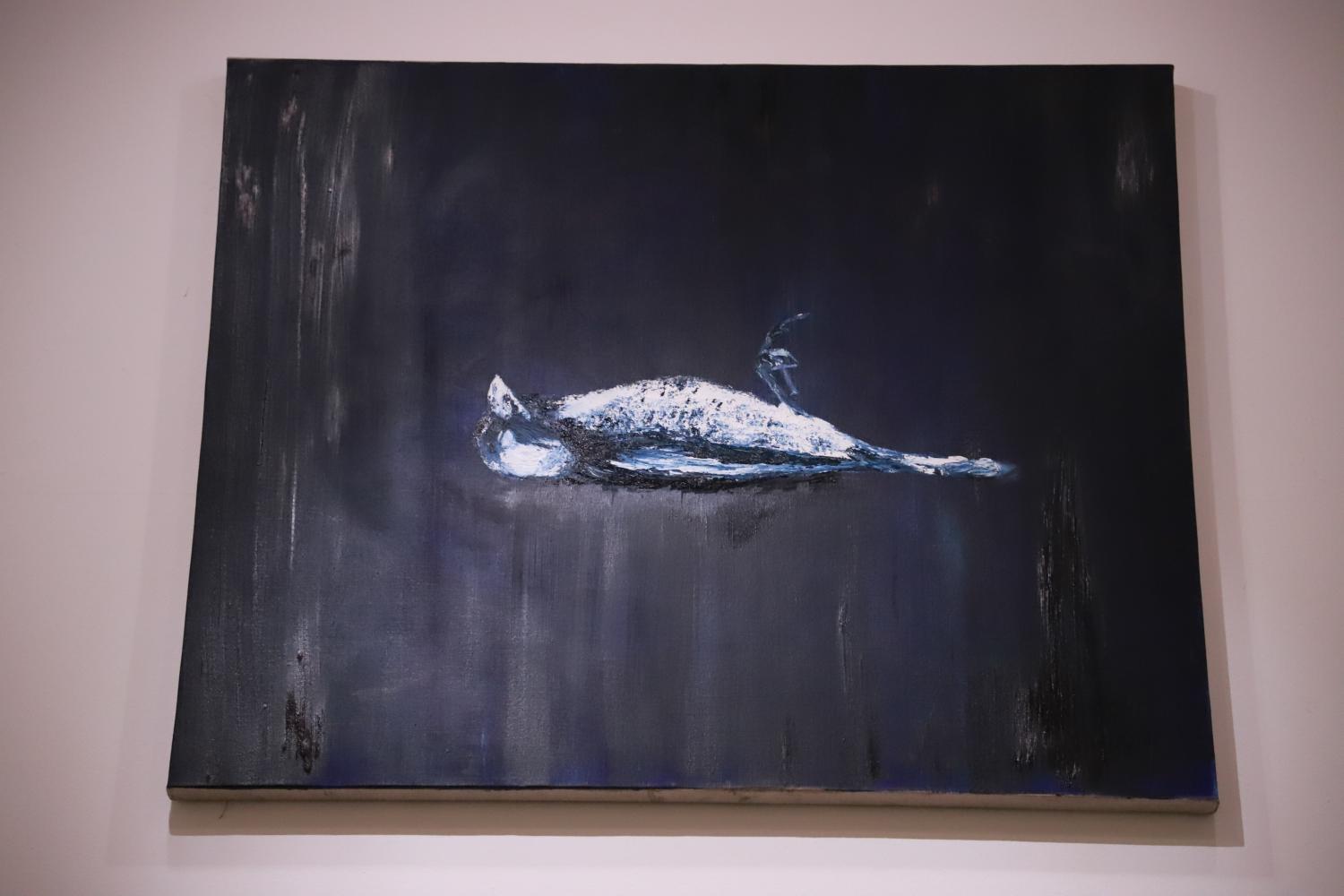 "The exhibition curator commented that it would be better to add emotions to paintings, so they do not look like only book illustrations. In the book, Lok, the female character moves to another province. The painting, Woman In The Rain, was inspired on a rainy day when I lived in Bangkok. It was flooded and no taxis were available. Having to walk home, I felt gloomy and exhausted. Wounded Deer was inspired by a painting of the same name by the Mexican artist Frida Kahlo whose paintings expressed her suffering due to injuries. Wounded Deer depicts a deer with Kahlo's face. Many arrows were shot into the deer's body. Wounded Deer was created in the same year that Kahlo travelled to New York for surgery," Patcharapa explained.

Dead Bird is a meaningful painting, representing a spirit ascending to heaven to eventually be reborn with new hope.

"Dead Bird is located in the middle of the exhibition, hanging from the ceiling. I do not want viewers focusing only on loss and death because there is hope and we should always keep going and keep hope alive in our hearts," she said.

When Pratabjit visited the exhibition, she became emotional and broke into tears after seeing Daughter. Patcharapa was overwhelmed and did not expect feedback from viewers, but she hopes that there will be true democracy in Thailand. 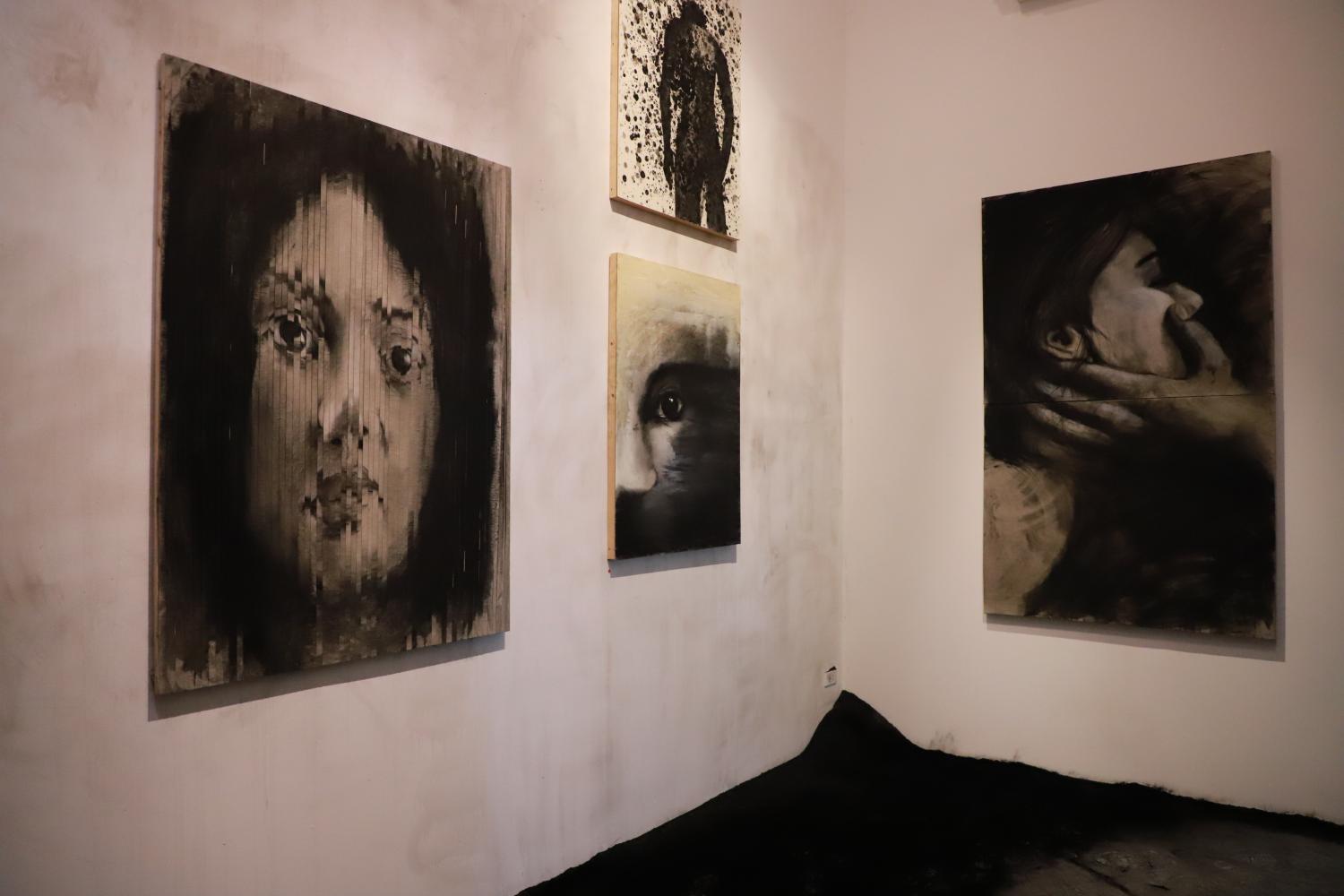 Paintings at the exhibition 'The Leftovers'. Somchai Poomlard

"So far, no painter who has criticised the junta government has been arrested, but I do not know if it will happen in the future. It is a challenge for artists to use their wits and skills to communicate with viewers without running the risk of being arrested. I am now 37 years old and still hope to see democracy in Thailand if ever there is another election," said Patcharapa.

"The Leftovers" runs at VS Gallery, Narathiwat Ratchanakarin 22 until Aug 28. Admission is free. For more information, visit facebook.com/VSGalleryBangkok.