Son House is regarded as one of the greats of early blues, along with early recording stars like Charley Patton and Robert Johnson. He made 78rpm records in the 1930s but a spell in penitentiary halted his career and by the 1940s he had abandoned recording. It wasn't until 1964 that Nick Perls, Dick Waterman and Phil Spiro "rediscovered" him working at a gas station. He was completely unaware of the interest in folk blues at the time (Skip James and Bukka White were already playing crossover folk clubs).

Waterman became his manager and in 1965 he released Father Of The Delta Blues on Colombia (see the 2-CD reissue under same title), which cemented his fame and led to key performances at folk festivals.

In November 1964, Waterman set up a small gig at Wabash College, a male college in Indiana. Unlike his usual performances, House did not include any comments, jokes or asides, which he usually did. He just played, stretching out the sound and taking his time, as all great blues musicians do.

The Easy Eye label, set up by Dan Auerbach of The Black Keys has just released the full concert in all its glory, Forever On My Mind. Interestingly, Waterman had the concert on an old tape on his shelves, where it had waited for 60 years to be released. Waterman's vaults are likely to produce some other gems in the future, but for now we have Son House in all his glory -- that driving steel guitar slide sound, and House's expressive, emotional voice.

The song line-up includes a first-ever release of the title track Forever On My Mind, as well as humorous songs like Preachin' Blues which counterpoint songs about tragedies like Levee Camp Moan. Long-time House fans will also be fascinated by a new and moving version of Death Letter, which deals with death and those left behind.

House is a key bridge between the rural, delta blues (called folk blues in the 1960s) and the later urban blues of Chicago, Kansas and Los Angeles. R&B stars like Muddy Waters learned a lot of his guitar technique from legends like Blind Lemon Jefferson (one of House's mentors) and House. His guitar chops can be heard on one of my favourites, the thumping, stomping Empire State Express.

A great album by a great musician -- highly recommended.

Since 1969, when she released her first solo album, Mavis Staples of Staples Sisters fame (think of huge hits like I'll Take You There and Let's Do it Again) has not slowed down. At 83, she is still making important albums, such as the critically acclaimed 2010 album You Are Not Alone, which topped Billboard's Gospel Albums Chart. She has released more gospel-oriented albums in recent years. Readers might also like to check out her 2016 album Livin' On A High Note, which features songs written specifically for Staples. 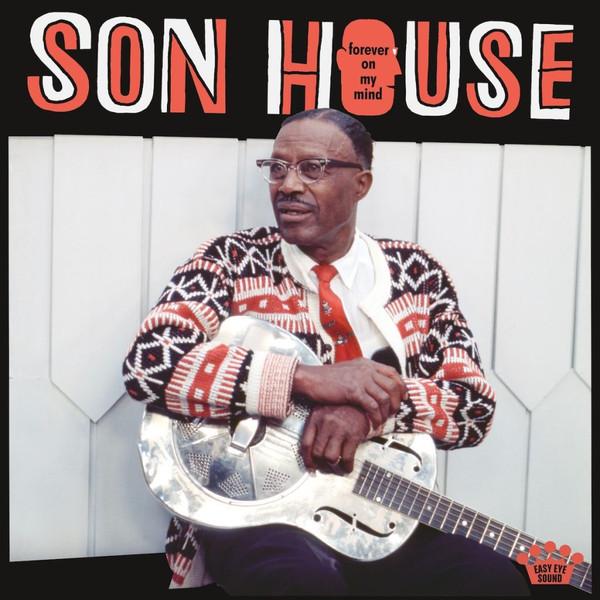 In 2011, she recorded an album with the late Levon Helm (drummer and vocalist with The Band) at the latter's studio, called Carry Me Home (Anti Records, USA), which was finally released this year. Helm, who died a short time after the album was recorded, brought a full band that included his singer/songwriter daughter Amy Helm, to the recording and the result is a gorgeous, full swinging sound that gives the listener a real uplift.

Despite Helm's illness at the time (it would be his last recording), this is not a dark and sombre album. It does include hymns like This May Be The Last Time but they are reflective rather than mawkish, and in each and every song there is unbridled joy. Staples is well-known for what she calls her "freedom songs" and this album features classics like Bob Dylan's You Got To Serve Somebody, Nina Simone's I Wish I Knew How It Would Be To Be Free, both topped by Wide River To Cross and a beautiful a cappella version of the hymn Farther Along.

The song that has remained with me from this album, is, however, Curtis Mayfield's wonderful 40-year-old anthem to the USA, This Is My Country, which seems both timely and important. A gloriously inspiring record -- highly recommended.

World Beat pays tribute to jazz great, saxophonist Pharoah Sanders who died this past weekend, he was 81. Sanders, who got the name Pharoah from fellow interstellar sonic traveller Sun Ra, was one of the giants of the jazz saxophone. Born in Little Rock, Arkansas, in 1940, he took to music at an early age and eventually settled on the tenor saxophone and by 1964 was playing with Sun Ra in New York. He eventually joined John Coltrane's band and together they influenced the direction and sound of jazz in the 1970s and 1980s. His work on modal and "spiritual jazz" with Coltrane and later his wife Alice was seminal in the development of the genre. He became famous for his hard-edged sax sound -- full of overblown notes and "skronking". Sanders played with a long list of jazz musicians from McCoy Tyner to Randy Weston.

Sanders was active right until the end. He was reported to have told many interviewers that he had yet make a record that pleased him. His last release Promises (2021) came from a years-long collaboration with Floating Points and the London Symphony Orchestra. To check out his music and work, start with the Coltranes and go from there.