Camilla Engström's 'Undercurrents' opens today at Over The Influence

In the summer, her work is exuberant and cheerful, demonstrative of a spirit embracing the exterior world, overflowing with abundance and energy. In the winter, Engström goes inward. She hibernates. But for Thailand, she is flowing, so to speak.

Engström launches her first exhibition in Thailand, "Undercurrents", today, which showcases 16 paintings at Over The Influence Bangkok. "Undercurrents" explores the transformation that occurs beneath the surface of the Earth and the human body, during times of perceived stillness and rest. A theme that mirrors the artist's practice, who during her blue (and emerald green) period, generated 16 paintings capable of capturing the human condition in chromatic luminosity.

"Bangkok is such a vibrant city and I have never shown here before, so it seemed like a wonderful opportunity," says Engström, who created new paintings for "Undercurrents". Despite having exhibited her works at Over The Influence's locations throughout the world, "the works in 'Undercurrents' have been painted expressly for this exhibition".

In her usual technicolour cools, her sun is eclipsed by a moon and the energy slows to a near stillness. Or least that's how it appears on the surface. But beneath the visage of darkness, and stasis, new life and revelations continue to burn brightly. 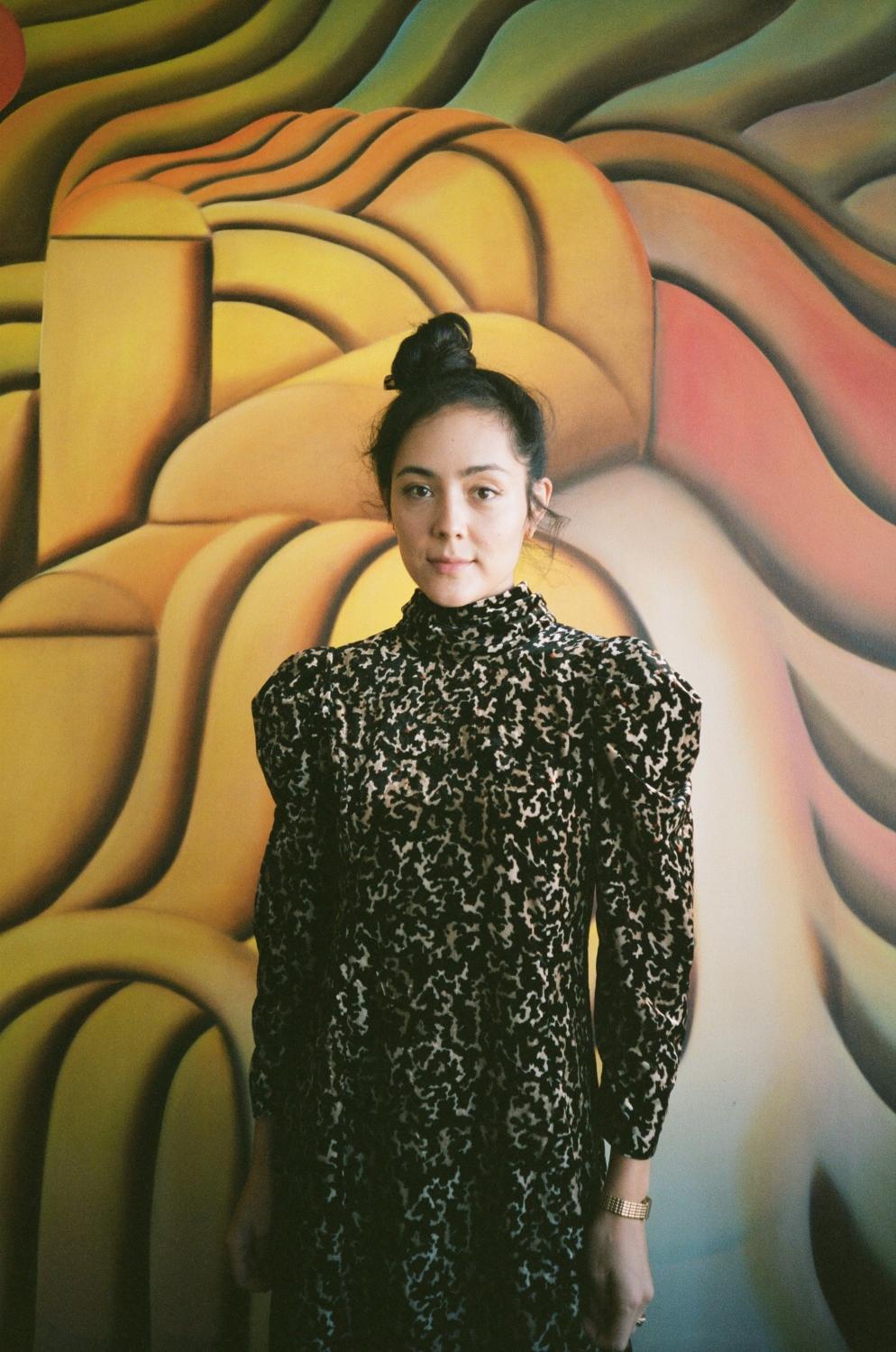 "These works were all created at the same time and share a tie to the turning of the seasons. They share a cooler palette and a hazy dreamlike tone," says Engström of her paintings.

The first painting she created for the exhibition, Saffron Hills, serves as a portal, a transition from the elation of summer to the introspection of winter. By adding an autumnal tinge, in the form of ochre, to the vibrance of summer, a yellow-orange, she renders a landscape in the golden cast of a sunset. A sinking sun is mirrored by a bourgeoning moon in a painting that preserves, as if in amber, the liminal space between day and night.

Orbs and circles figure heavily in the exhibition taking the forms of celestial bodies, wombs, lakes and irises. Full, organic and biomorphic, they call attention to the cyclical nature of life and death, the unity of all things and the wholeness of the self, body and mind, conscious and unconscious, visible and invisible.

The artist explains that while she does retreat to nature when looking for inspiration, the painting world is less a depiction of a particular place and more a manifestation of a feeling she experiences while there. "Nature is already so beautiful, I don't need to recreate it," says Engström.

A testament to the artist's remarkable ability to convey tone with specificity and immediacy, one would be hard pressed to walk through the exhibition and not feel an indelible wave of comfort, peace and gratification. The voluptuous curves, undulating lines and lush palate all but envelop the viewer into the artist's wonderment. 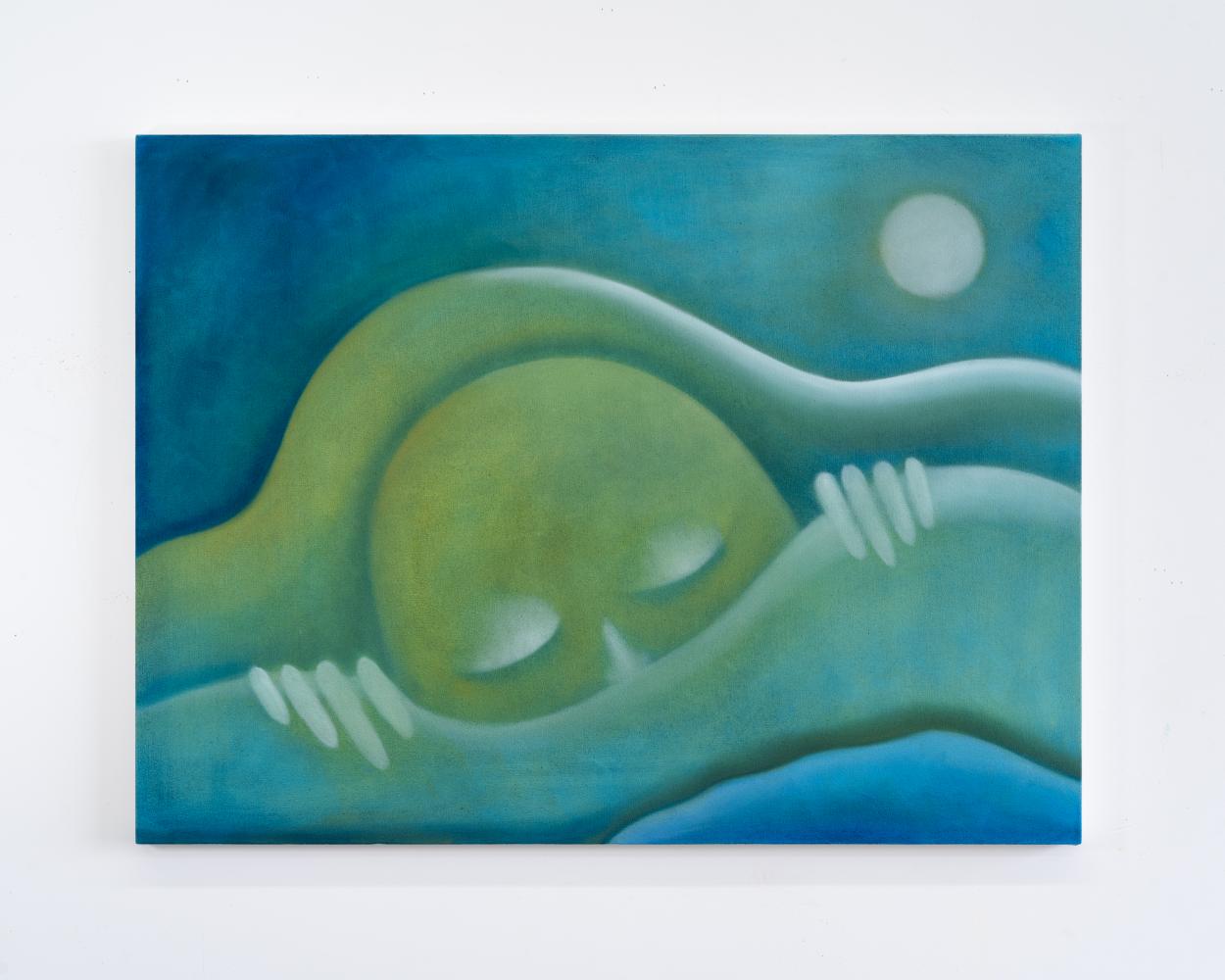 Engström's alter-ego, Husa, a familiar character in her oeuvre, makes numerous appearances in a multitude of forms. "They're all Husa," says the artist, who goes on to explain how Husa, which translates as housemaid in Swedish, has transformed along with her over the course of several years.

"I started out drawing typical fashion illustrations [she graduated from the Parsons School of Design and has worked as a fashion assistant] and Husa came from the desire to draw something playful. Her name is a bit of a wink, she is 'every woman' and she is also hopefully questioning the roles women so often assume. She is wild, joyful and takes up space," emphasises the artist.

Within "Undercurrents", Engström manifests as a child or as a mother and other times as a young woman somewhere between the two, not unlike the artist herself. In Inner Sight, Husa lays daydreaming, her hair floating like a cloud above her, hand dipped in a blue iris doubling as a limpid lake, while in Mountain Blanket, she pulls a mountain range over her face in preparation for a night full of dreaming. 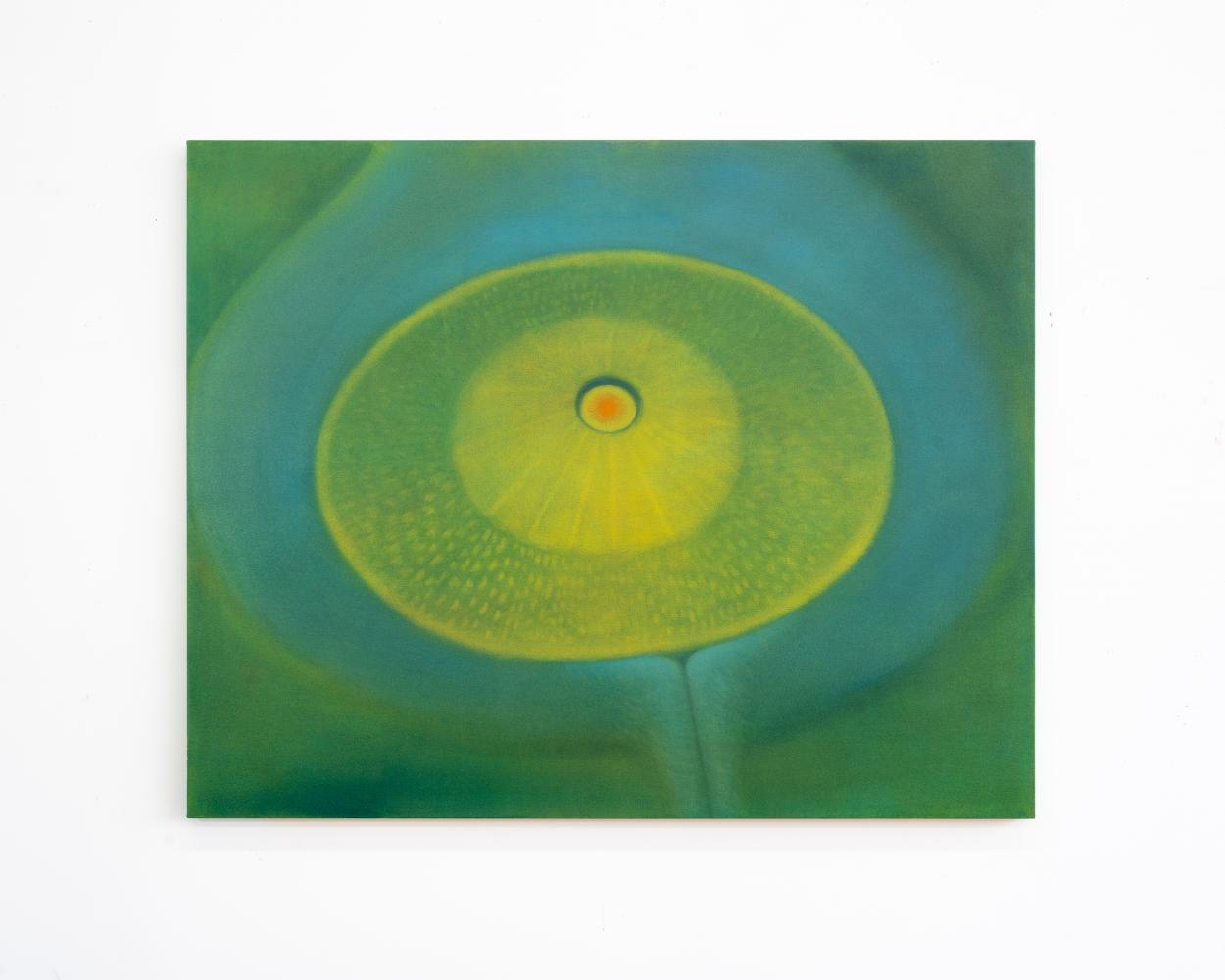 Both works, as with many on display, offer symbolic nods to the surrealists, such as Rene Magritte's clouds, Salvador Dali's flames and Man Ray's eyes. Allusions that underscore the artist's metaphysical ideas about the practice and process of art-making, self-reflection and the mystical/meditative nature of inspiration. 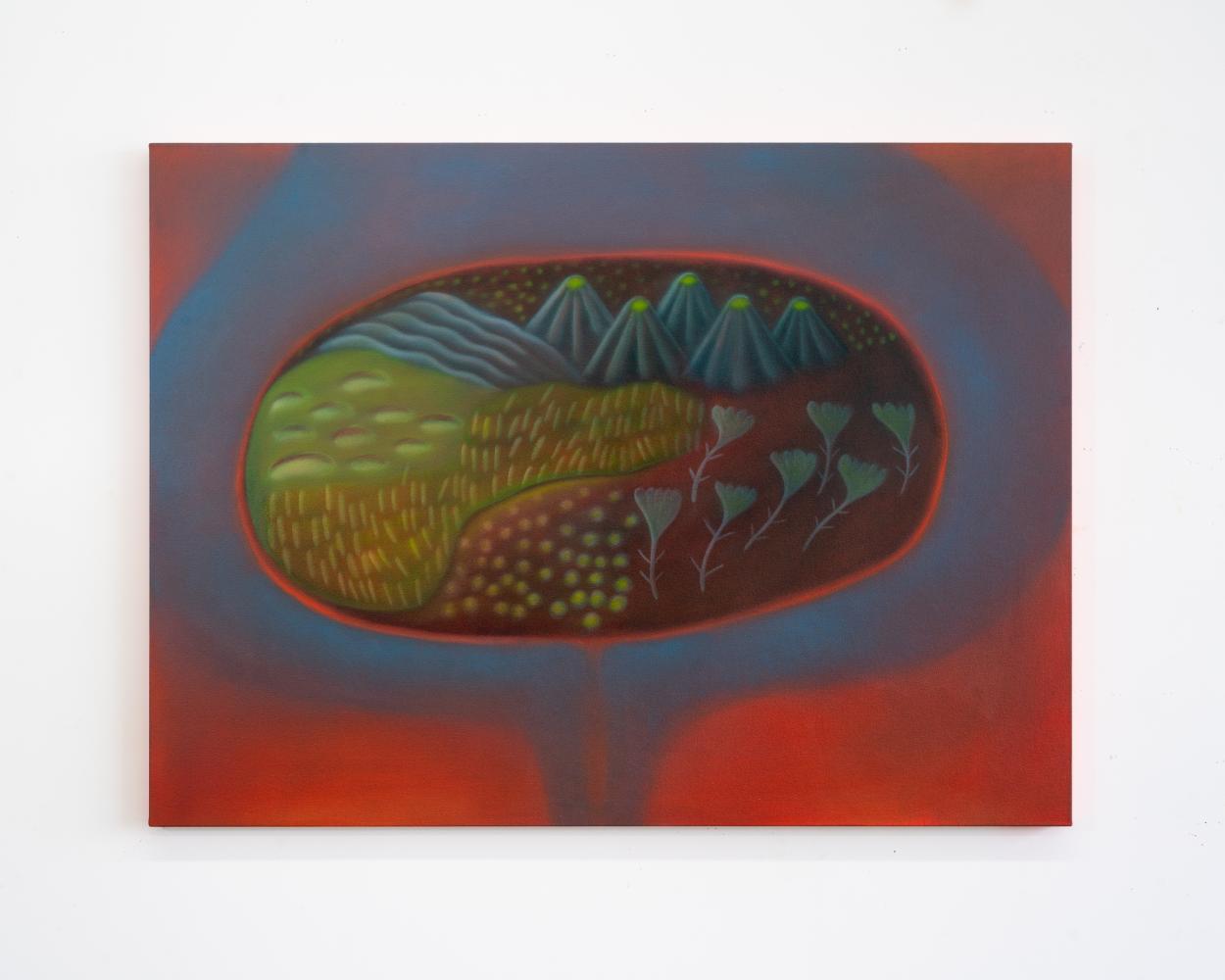 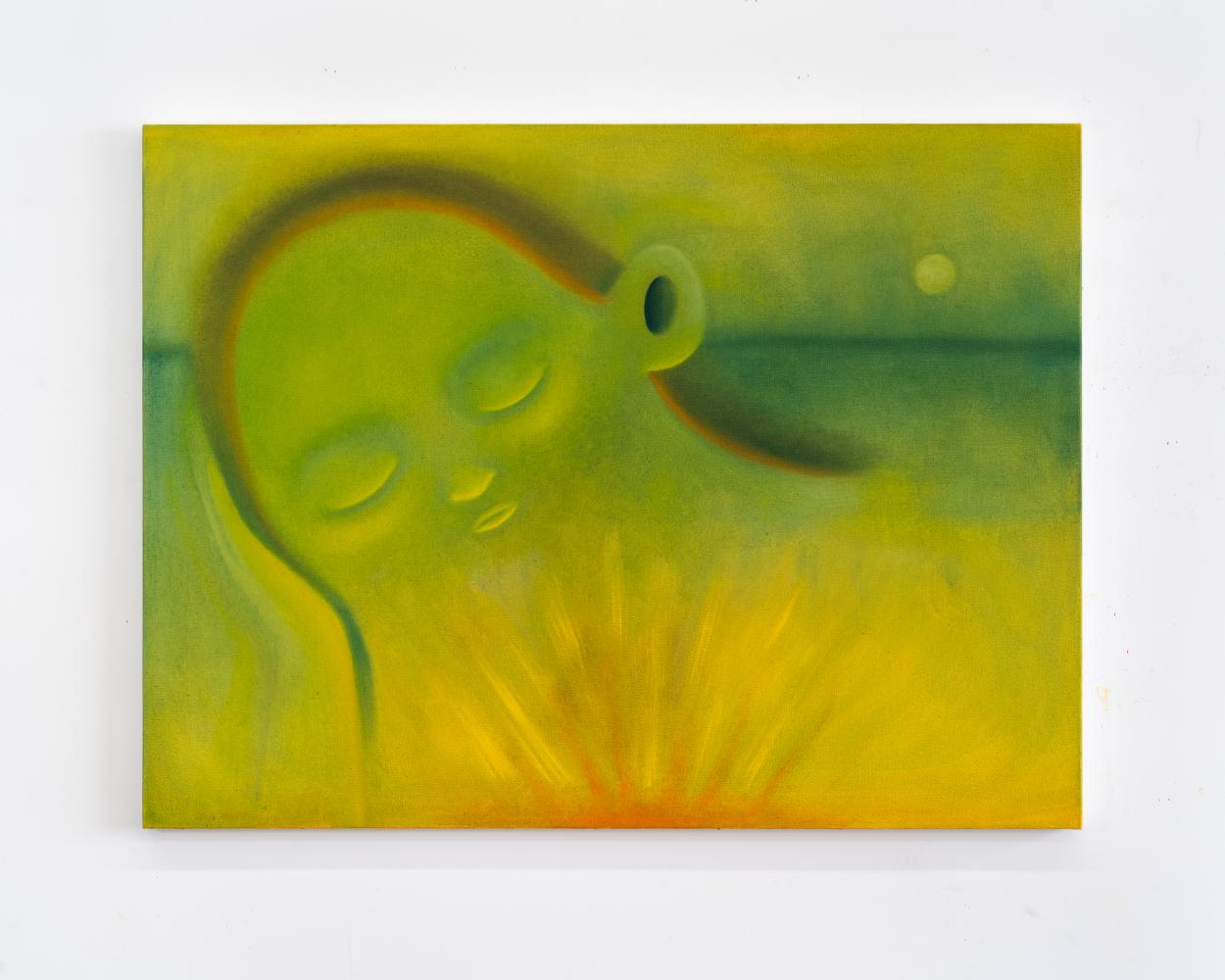 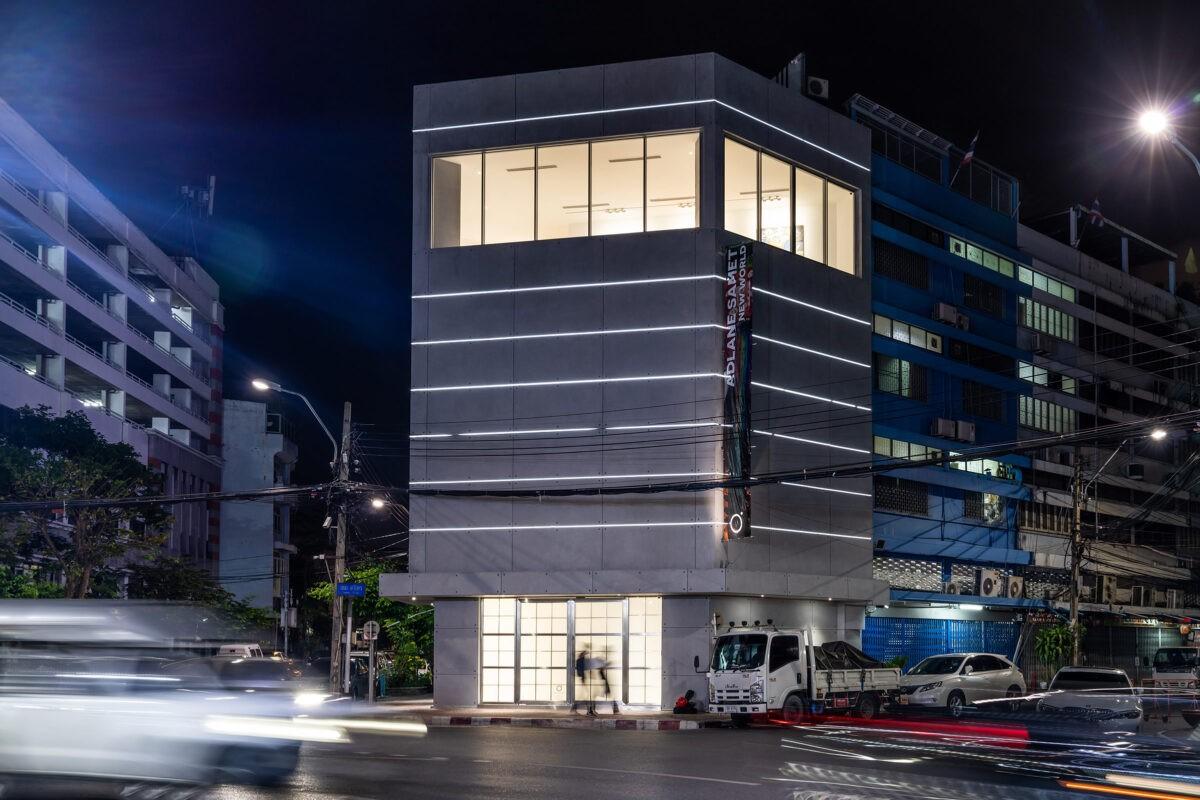 Over The Influence in Talat Noi, Bangkok. 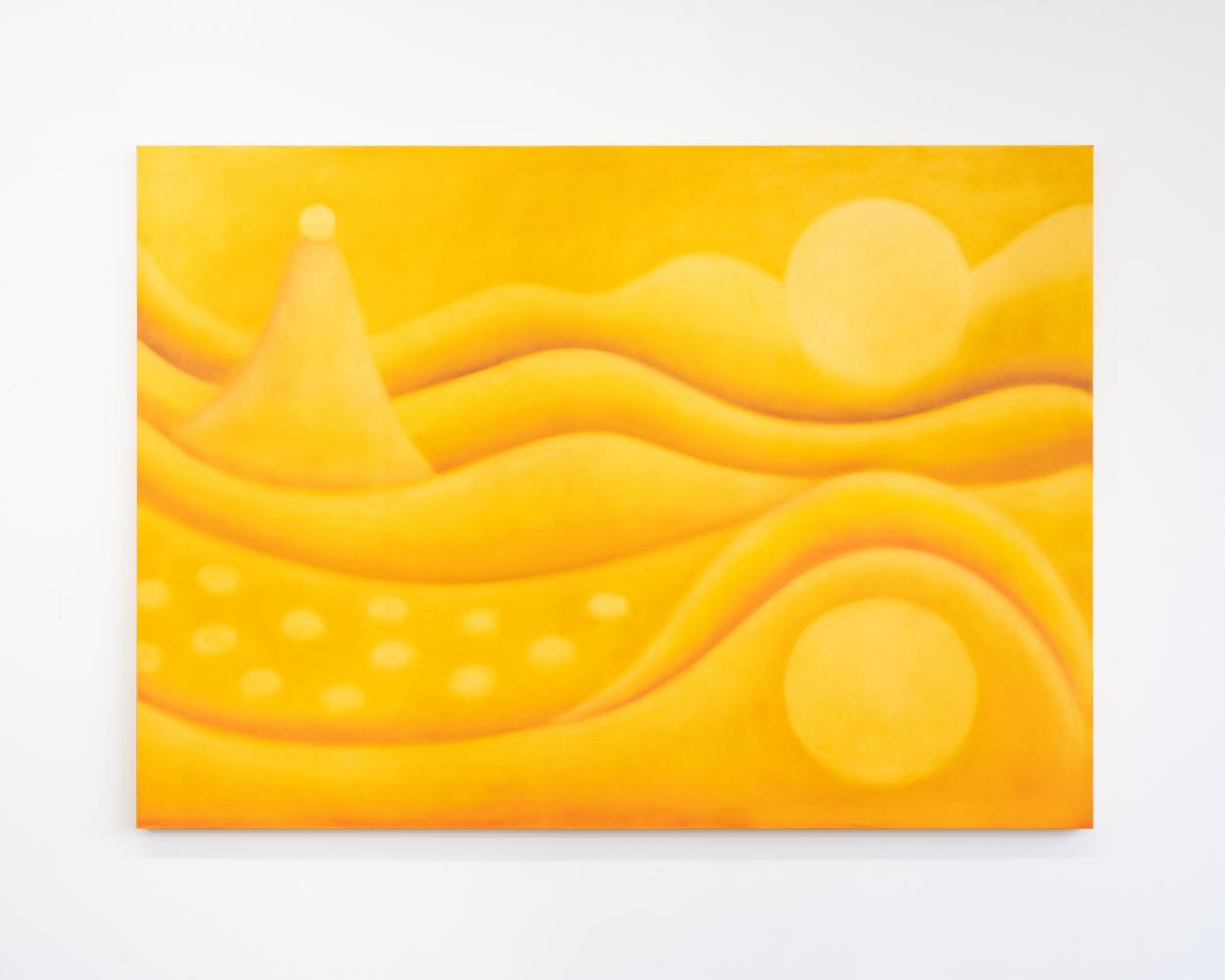 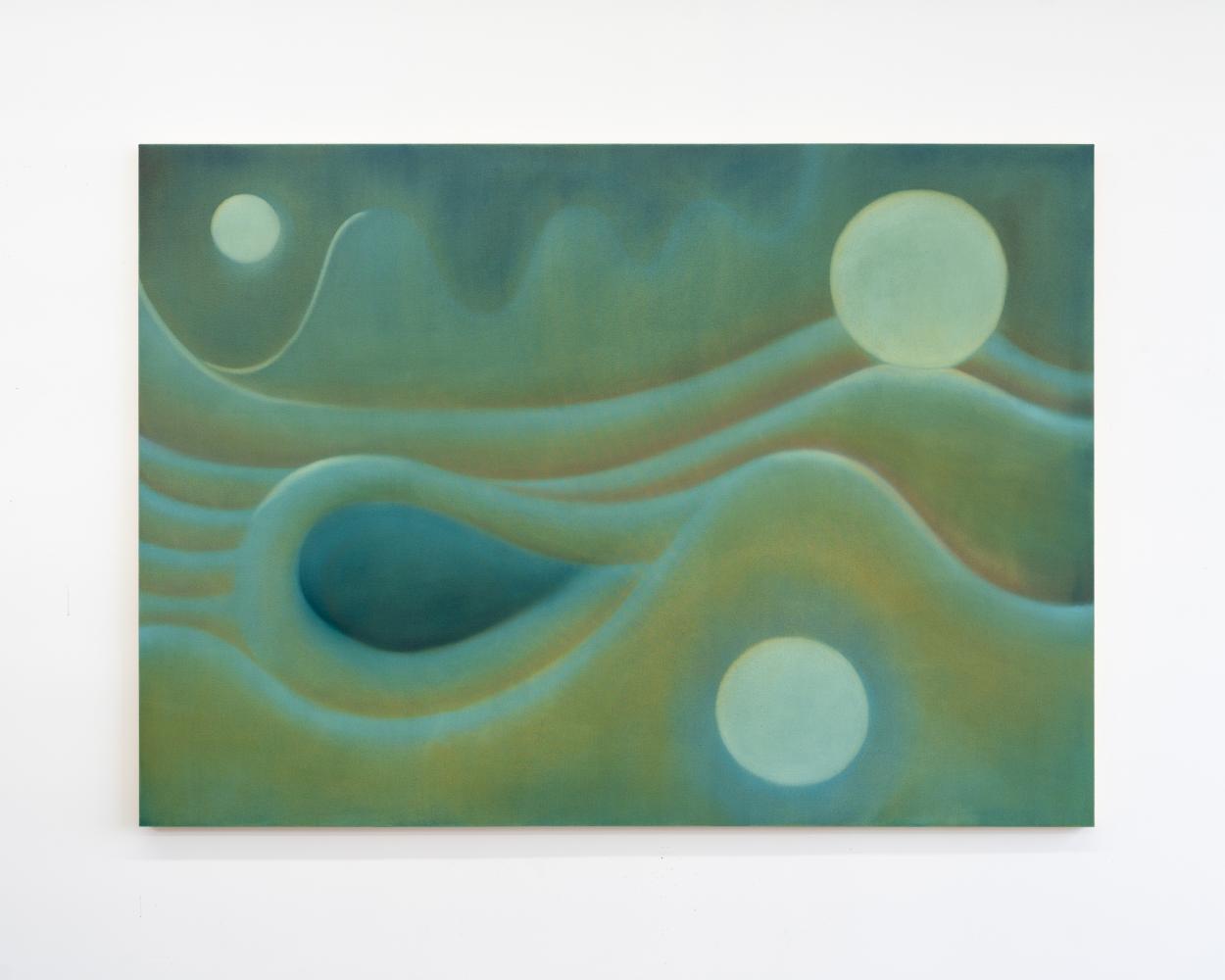