The World Film Festival of Bangkok is back for its 15th edition under the theme "Return To Cinema". From Dec 2-11, cinephiles can head over to SF World Cinema at CentralWorld to catch more than 66 films from filmmakers around the world.

Aftersun by Scottish director Charlotte Wells, Alcarràs by Spanish film director Carla Simón and Aru otoko (A Man) by Japanese film director Kei Ishikawa are just a few of the films being screened. The highlight is the Lotus Award Competition, which will showcase 15 films that are made by up-and-coming directors.

This year also sees the presentation of the Kriengsak Silakong Award, created in honour of the festival’s  director, who passed away on March 27. Kriengsak was recognised for his devotion to making the World Film Festival of Bangkok a showcase for new-generation filmmakers. 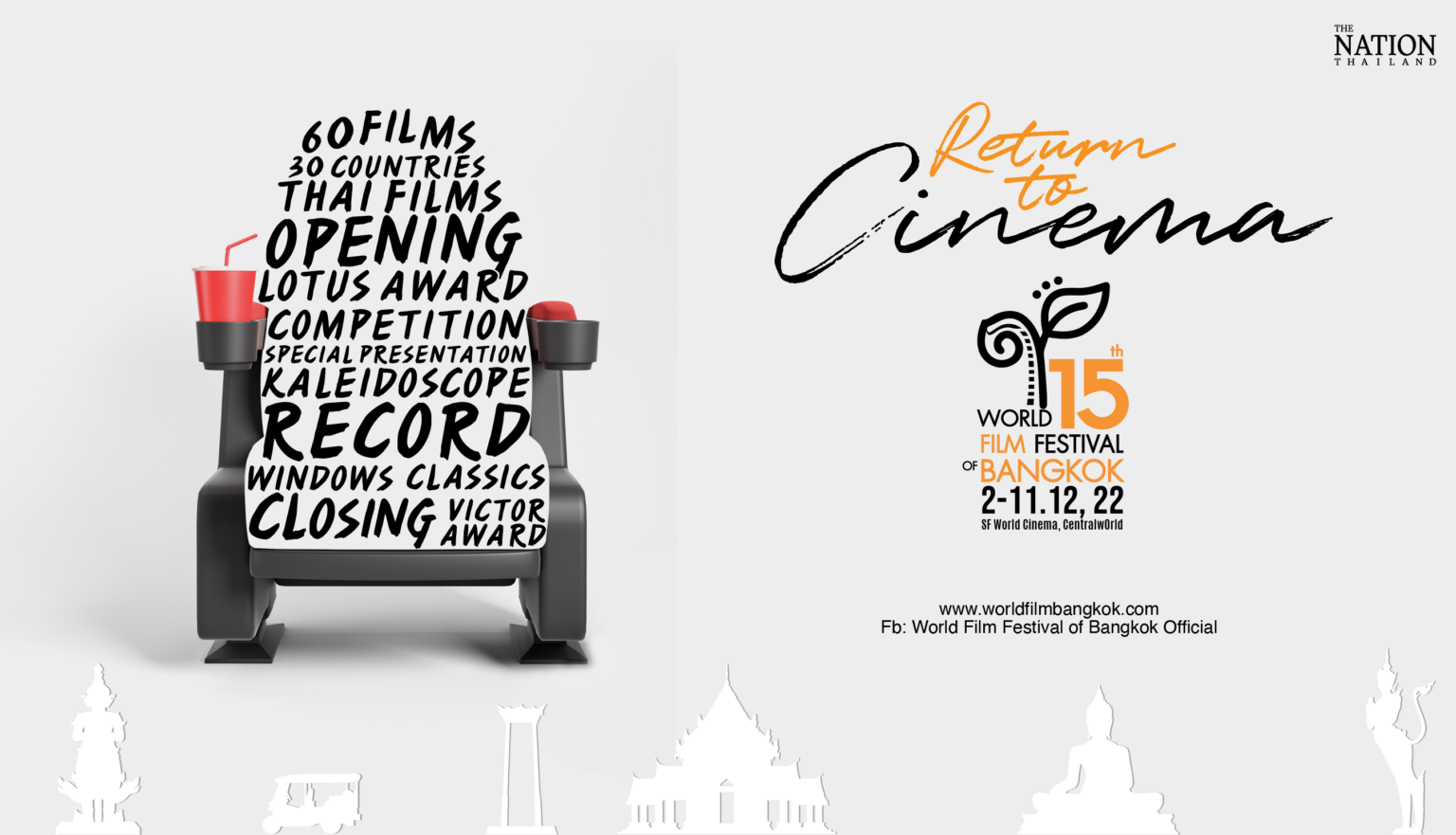 Tickets cost B130 and student SF+ members can enjoy a special price of B110 per movie. SF+ members can buy a package to see five movies for B550. Visit worldfilmbangkok.com.