Concert in the Park series turns 30

Music lovers are invited to enjoy another four performances of the much-loved and popular Sunday evening Concert in the Park series during its 30th anniversary season. The shows will take place at Sala Bhirom Bhakdi in Lumpini Park, Rama IV Road, this Sunday and Feb 5, 12 and 19, starting at 5.30pm. 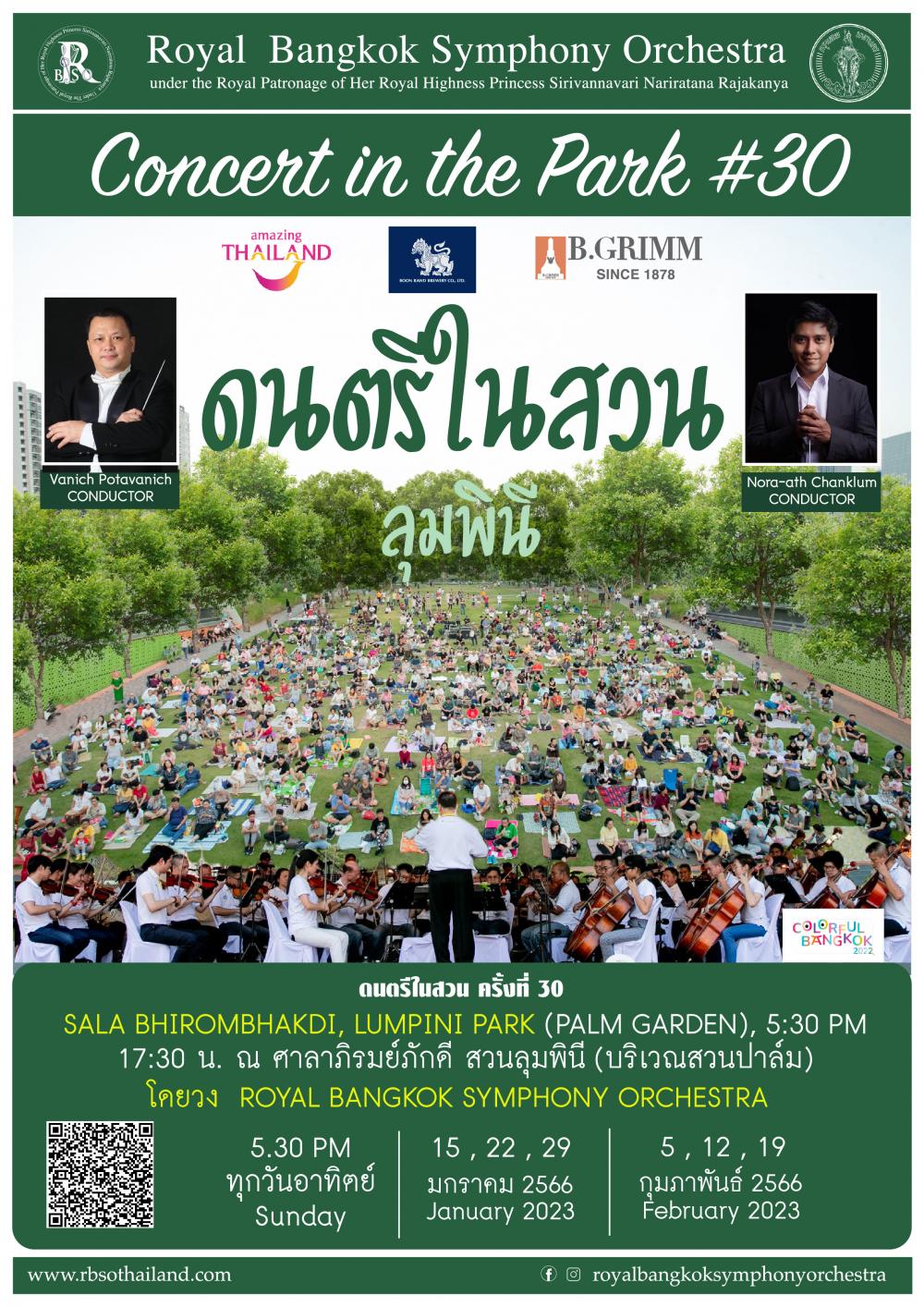 Organised by the Royal Bangkok Symphony Orchestra Foundation in collaboration with the Bangkok Metropolitan Administration (BMA), the 30th anniversary season promises to be a relaxing evening of music in a delightful park setting.

Guests also can expect to hear the timeless jazz compositions of His Majesty King Bhumibol Adulyadej the Great, an important regular feature in the repertoire.

The orchestra's regular instrumentation, including harp, is enhanced by a full band of drum kit, electric bass and guitar as well as electric keyboard.

Across the concert series' three decades, the programme has invariably begun with the famous March Of The Swiss Soldiers fanfare from Rossini's William Tell Overture, which has become a signature tune for the orchestra itself.

Similarly at the end of each evening, the final encore is always the energetic Radetsky March by Johann Strauss I, an audience favourite.

Well-known Thai maestros Vanich Potavanich and Nora-ath Chanklum conduct most of the park concerts, although this season will conclude with respected guest conductor Charles Olivieri-Munroe, his first time on the podium for the Concert In The Park series.

There is no admission fee. Visit facebook.com/royalbangkoksymphony.