Swinton on the rocks

On Tuesday at Sukhothai Hotel, British actress Tilda Swinton joined a press conference on the event "Film on the Rocks" with Thai director Apichatpong Weerasethakul. 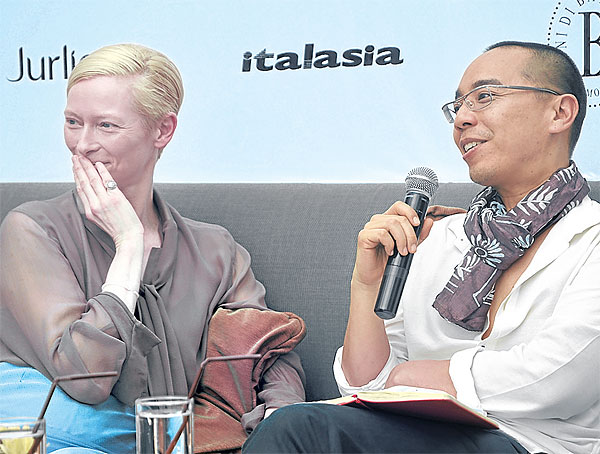 Beginning this Saturday, "Film on the Rocks" will take place at Six Senses Yao Noi, on Yao Noi island in Phang-nga. Swinton co-curates the selection with Mr Apichatpong that will feature rare experimental movies and curiosity items culled from archives and museums. With the help of the Thai Film Foundation, the event also includes a workshop with local students on the island and screenings of the short films they're making (right at this minute!).

Besides films by Andy Warhol, Norman McLaren and Bruce Bailey, another highlight is the outdoor screening of the 1950s version of our horror classic Mae Nak Phrakanong, now a cult artefact from the archive.