Slum dogs to the rescue

FIVE QUESTIONS TO THE FILM-MAKER OF THE HIT DOG MOVIE

There are a few living things film-makers approach with unease: animals and kids. This week, Pantham Thongsang revels in both. The director, whose best known film was an adaptation of a gritty social realist novel Ai-Fuk (The Judgement, 2004), found himself in the spotlight when he made the whimsical yet winsome dog flick Ma-Mar Si Kha Krub in 2007, complete with a real pack of slum dogs facing eviction and children who help them find a new home. This week, Pantham will open the sequel of his hit film, in which the talking canines and their friends return with the hope of entertaining families during this school break. 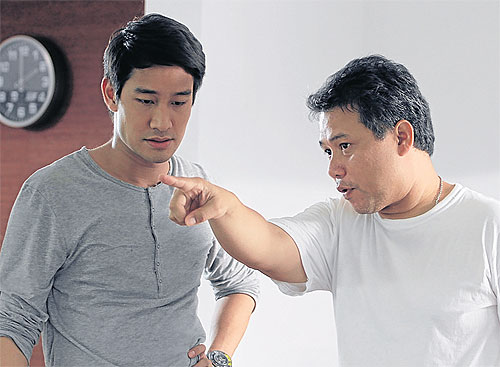 When it opened five years ago, the original Ma-Mar (a wordplay on the Thai word meaning "dog") surprised many by earning nearly 60 million baht, a feat for a movie whose main stars have four legs. In the spirit of cartoon pets and Disney films, the movie features chattering dogs, and Pantham's team laboured without special effects to "direct" the animals to make it appear as if their mouths were moving. The same goes for the second film, which involves a plot about dog kidnappers and an adventure by a gang of strays to locate a missing boy.

The leading star, called Jer, is Bang Kaew breed, a well built teen with a mix of wit and cool. Indeed almost the entire cast of the film is Thai _ meaning Siamese-bred dogs, except just one poodle. "If you make a Thai movie, you cast Thai actors," says Pantham. "So if you make a Thai film with dogs, you cast Thai dogs." That makes sense, of course. So we ask Pantham five more questions about the film, including why the sub-genre of canine movies, popular elsewhere, is so few and far between here.

It's been five years since the first film. Why did you make the sequel now?

My daughter. She kept saying that she didn't get to see the first film in the cinema, and she wanted to. My eldest son, who's now 10, saw the film, and he always shared ideas with me on what he thinks would be good movie scripts. So more or less, I made the sequel for my children.

There's a crucial point to this. See, there's no market for children films in Thailand. It's not a market segment that film-makers and studios cater to. So Thai children only have Japanese and Western cartoons, since there's a scarcity of quality local content. Children are neglected, in a way. Studios would think it's better to aim for 100 million baht by making a ghost film instead of taking a risk with a children's film or dog film.

How do you direct dogs? You don't use special effects, so you have to rely on the skill of the animals, but that must be an uphill battle.

In the original film, I didn't realise how hard it would be. We spent a lot of time waiting _ just waiting, sometimes for hours _ for the dogs to do what we want, like in a scene when one of them had to knock an ants' nest on another dog. Or when we wanted to film their faces when they smiled, or at least bared their teeth for the camera.

There are two types of dog acting: movement and emotion. In the first film, we had too many emotional scenes and that put a burden on us. The new film is more like an action comedy, and the dogs will have to perform physical jokes and tasks, like climbing to playing with props. So it was slightly easier, though still not that easy! Luckily we work with good trainers from Chaipak Centre. They helped us a lot.

How did you cast the dogs? Do you look for certain personalities, like when you cast human actors?

Sure. We have references. For instance, in the first film, we told ourselves that we would look for a dog that has the quality of Ampol Lampoon [a Thai actor with a bad-boy look], and we picked a cool ridgeback for the role. In this movie, we looked for a dog with a stronger mass appeal; our references are Nadech Kugimiya [a famous TV actor] and Kao Jirayu [a good-looking teen star], and we have a Bang Kaew breed. Of course, this is a movie, all dogs have to be handsome!

Your most ambitious film is a social satire based on the award-winning book Ai-Fuk. You're also one of the producers of the arthouse sensation Tropical Malady. But now you're making lighthearted family films. What's going on here?

For a start, no one wants to make serious films because it's too risky. I love making movies, but financially speaking, the market for serious films is limited. No one would want to jump on the ship with you. Not that the market for children's film is much better, as I said, but at least I can convince the investors and sponsors after the first film was a modest success. So I was lucky in that sense.

During the mid-2000s, the studio I worked with [GMM Pictures, now GMM Tai Hub] supported a number of adventurous projects, including The Judgement, and I doubt if we'd see something like that happening again with a mainstream company.

We'll let you plug your film here. So what's great about Ma-Mar 2?

Think Toy Story. We have the characters from the first film, but with some new actors and new situation. There are dogs and kids, and it's great fun. What more could you ask? 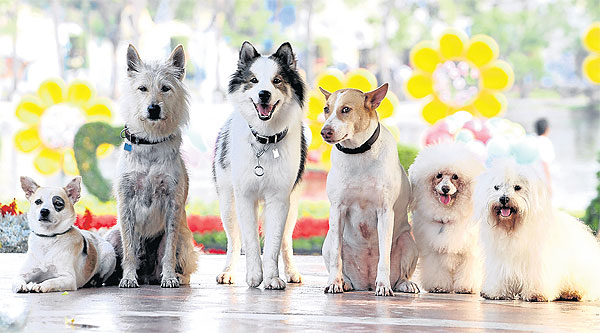 The star of Ma-Mar 2 , a rare Thai dog film that’s opening this week.