Expect a Chile night of music

D&M Music Studio presents "A Flute and Piano Duo Recital" performed by internationally renowned flautist Viviana Guzman and Mahani Teave, one of the most celebrated pianists in Chile. 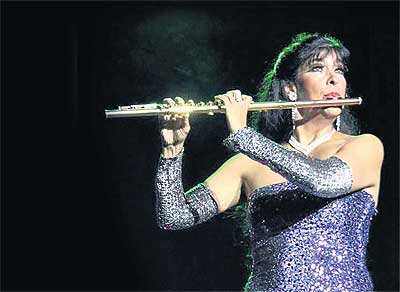 A Chilean-born flautist, Guzman has performed extensively in more than 120 countries and is pleased to stop in Bangkok as guest performer for the 50th Anniversary Celebration of Diplomatic Relations between Thailand and Chile.

Described by The New York Times as "an imaginative artist", Guzman performs over 80 concerts a year around the world.

She began her musical training at age five and won her first competition at seven.

By the age of 15, she had played as a soloist with orchestras, studied with Jean-Pierre Rampal, and was featured on a nationally televised John Denver NBC special.

She debuted as a pianist at the age of nine when she accompanied renowned Chilean pianist Roberto Bravo on a series of concert tours.

Until now, she has appeared on television talk shows, radio, and in hundreds of newspaper interviews and articles.

A Chilean movie director is currently working on a documentary about Teave with the purpose of motivating and inspiring Chilean youth. 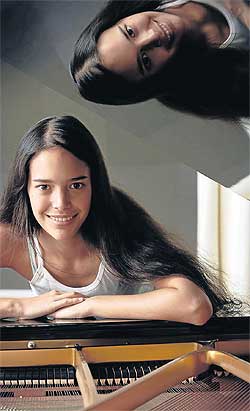 Virtuoso flautist Viviana Guzman, above, and pianist Mahani Teave from Chile will perform at Siam Ratchada Music School on Sunday at 7.30pm.