A new anthology of Thai short fiction brings out the best of 2012 in English; 'Brunch' speaks to the compiler about the art of bringing these stories to an international audience

Translation is a time-consuming, arduous and often thankless task. Literary translation also involves suppressing some natural impulses to interpret, edit and impose a personal style, while remaining in the background and allowing the tale to take root in another language. 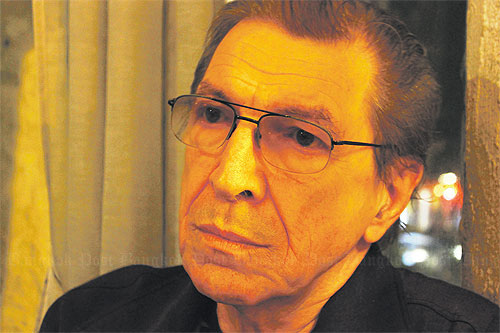 Marcel Barang, 67, is not just a translator but active in the literary sphere, promoting the talents he feels merit it. In 12 Thai Short Stories _ 2012 he collated a dozen of last year's finest short fiction by Thai writers into an accessible and absorbing e-book. The styles and subjects are a study in contrasts, pointing to increasing depth and nuance in new Thai fiction. They are the ones, out of the hundreds Barang reads each year, that he feels stand on their own on merit.

This collection features a past SEA Write winner (Ussiri Dharmachoti) and nominee (Watn Yuangkaew), a prominent film critic (Wiwat Lertwiwatwongsa) and the 'Pink Man' poet and artist (Sompong Thawee) _ authors from the up-and-coming to the established.

Here the supernatural features prominently, with a three-eyed child, a village drowning in dog excrement, a ghost of a bygone revolution, a false pregnancy. There are also more prosaic slice-of-life pieces, with an excellent story on family funeral politics by Kajohnrit Ragsa, and on psychological disorders such as social phobia and madness. Murder also makes an appearance. In some stories, a poetic style takes precedence over narrative.

The anthology works well as a whole, but is inconclusive in terms of trends or what direction Thai fiction might be headed in 2013. In an interview, Barang told Brunch that the breadth of subject matter Thai writers work with continues to widen. 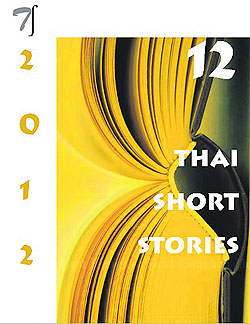 Thailand's output of stories remains impressive, despite not having the same population of avid book readers as countries such as Vietnam or Myanmar. Thailand's ascendancy in the annual SEA Write awards, though, according to Barang is easy to account for.

"The domination of the SEA Write awards by Thai writers is simply because they are subject to a proper selection, unlike the laureates of other countries, chosen or promoted by this or that institution without transparent selection criteria. The SEA Write is thus only credible for Thai writers. And it should be remembered that the book crowned each year is 'the best' of that and the previous two years' crop _ a relative notion. As that lucky book sells _ and the others don't _ the competition is fierce, which might explain the 'impressive output' _ not so impressive actually when compared to that of Malaysia or Indonesia."

Prolific translator, reader and blogger (marcelbarang.wordpress.com), Barang's days revolve around written words. While translation is an imperfect art, riddled with necessary interpretation and restructuring of idiom, he tries to stay faithful to the writer's language in bringing Thai works alive in English or French.

One problem in making Thai literature accessible to others around the world is the dearth of good literary translators. "A mistake made by amateur translators," he says, "is imposing their own style on a work. Even some professionals, to translate the 'genius of the language', add here or subtract there. But you have to be faithful to the text.

"You can impose your own voice, and you might do an OK job on one book, but what happens with the next book with a different author? It will be in the same voice again."

How much to add or subtract in the interest of clarity, of course, is a judgement call. Some idioms are untranslatable.

"Sometimes I deliberate over adding 'the'," Barang says. "Should I add 'he' when it is not in the text? It all boils down to a question of ear. And style."

From southern France, Barang worked as a journalist in London, Paris and around Southeast Asia, before settling in Thailand 34 years ago. Most Thai authors of note have had a novel or at least a story translated by him, giving the voices of the future an opportunity to impress on the world stage.

He has translated many Thai classics into English, including a reworking of Kukrit Pramoj's Four Reigns that because of copyright issues can't be published until 2045. For translations into French, he had some notable success translating Saneh Sangsuk's works in the past, but more recent translations of Chart Korbjiti, whose works he considers unparalleled, have sold only in the hundreds.

When novels take a back seat, he usually reads hundreds of stories a year and translates "about three dozen, or more in a good year".

Some writers even bypass the periodicals and send pieces directly to Barang, and he is honest with them if he feels the stories don't merit translation and tries to offer suggestions when he can.

The longer short stories make the annual anthology and those under 3,000 words or so go to his bilingual blog (thaifiction.wordpress.com). And where the 2009 anthology had nine stories, the 2012 version has 12.

Thailand doesn't lack for talented writers or quality fiction. Bringing these works to the world's attention, however, may be as difficult as the works' original creation. Barang's efforts over three decades in this respect have been tireless and unparalleled, and as 12 Thai Short Stories _ 2012 will attest, at times triumphant.

The '12 Thai Short Stories _ 2012' e-book, translated by Marcel Barang, is available from thaifiction.com or librairie.immateriel.fr for 200 baht.