After 32 years in Thai showbiz, seasoned actor Chatchai Plengpanich is enjoying his new gig as a producer and director, and he humbly considers himself a learner at the trial-and-error stage. Yet he's seeing his latest work scoring good ratings. His series Khun Chai Ronnapee, currently on air, is the conclusive part of the Suparbburut Chutathep epic that has been phenomenally popular with viewers, confirming once again the cultural significance of prime-time TV dramas and how they shape the national psyche in more ways than one imagines. 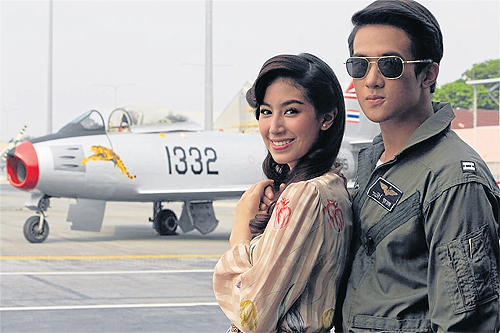 "Suparbburut Chutathep just got stronger and stronger with Khun Chai Puttiphat's soaring ratings. That had my friend Pongpat Wachirabunjong worrying about his Khun Chai Ratchanon [the fourth part] but it received even higher ratings. Now, the pressure is on me to make Khun Chai Ronnapee an engaging drama," said the affable Chatchai.

The popularity of the Khun Chai series has been such that, according to the Department of Provincial Administration's birth registration database, 664 baby boys were named Ratchanon by mid-June, and more than 1,300 new-born babies have been named after the five protagonists.

Ronnapee _ the episode Chatchai directed _ is expected to become an even more popular name with the current airing of the prime-time lakhon.

This baby-naming phenomenon demonstrates how Thais can be so absorbed by soap operas and how the five "Singha Chutathep" (the siblings are referred to as lions) have sensationally become idols in the public consciousness. It also shows how television is such an inseparable part of the Thai way of life. 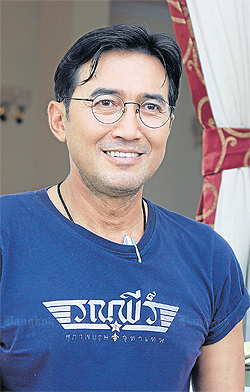 Penned by a quintet of novelists, the Suparbburut Chutathep series revolves around the romantic ordeals of five aristocratic brothers in evading marrying one of the daughters of a close friend of their father, who died along with his three wives in a car accident.

"The success of the TV series partly comes from offering many flavours, for instance Khun Chai Puttiphat is a melodrama while Khun Chai Ratchanon is an action drama.

"At first, we could have done the action drama but my episode, Khun Chai Ronnapee, challenged us to do a romantic drama, and a really intense one," said Chatchai, who co-founded the Metta and Mahaniyom production house with his wife, actress Sinjai Plengpanich.

The celebrity couple have the same nickname, Nok. Since the launch of the company in 2006, it has become known for its action-packed productions: Din Nam Lom Fai, Nuea Mek, Tawan Duead, and the controversial Nuea Mek 2.

"We actually debuted with a comedy but I'm not so keen on the genre. Making an action series is easier for me but they require longer production time and a bigger budget," the TV producer said.

After the New Year, Chatchai faced his own real-life drama as the politically-inclined Nuea Mek 2 was abruptly taken off the air, upsetting fans and causing an uproar, and prompting various conspiracy theories. Once again, the strong reaction of the audience showed how television series are so important to the family living room.

The 53-year-old producer recalled the shocking censorship with a smile.

"We were actually discussing the plot for a sequel when I received a phone call about the banning of Nuea Mek 2. We had to accept the halting of the screening. But it's a pity that we won't be making Nuea Mek 3 because it was intended to be a never-done-before futuristic action story on Thai TV," he said.

Afterwards, news spread that Chatchai was making a movie version of Nuea Mek, but that won't be happening in the near future because he is too busy with Khun Chai Ronnapee, which will be followed by two other soap productions this year.

In the meantime, his cinematographic vision has been translated into beautiful scenes of the romantic drama that takes viewers back in time to the early 60s to follow Khun Chai Ronnapee's life as a fighter pilot and his coup de foudre encounter with an actress named Piengkwan.

Locations included the Foundation for the Preservation and Development of Thai Aircraft, where its lineup of vintage planes include an F-86F Sabre jet fighter, which was renovated for the filming of this grand production. Playing Khun Chai Ronnapee, the 19-year-old James Ma even sports an authentic pilot's outfit and helmet, much to the delight of his fans. 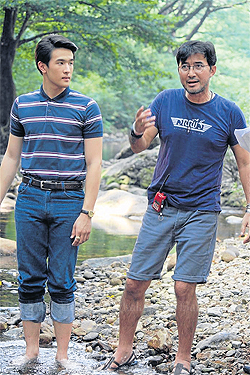 As much as possible, Chatchai went into great detail in making a high-quality period drama. The filming used movie cameras and lenses _ instead of television cameras _ a standard practice for Chatchai in making small screen productions since Nuea Mek 2.

''It' more time-consuming but the resulting cinematography is worthwhile in delivering the emotions of the story, and this approach is fitting for a romantic drama. However, depending on viewers' preferences, they may like or dislike watching intense drama,'' he said. ''So, while keeping the core of the novel, we added characters to give more depth to the story as well as enhanced the roles of child characters to make it more lively.

''In addition, we can't do without the nam nao [melodramatic] element, which is a trademark of Thai dramas, in enriching the flavour of Khun Chai Ronnapee.''

Chatchai himself became a household name playing princely characters as well as roguish anti-heroes. His role as a charming aristocrat in the classic series Prisana in the late 1980s was a cultural landmark for Thai TV. Before that, he was just a country boy in Kanchanaburi who was glued to every outdoor screening in his hometown. His big break came when a movie director spotted him in the restroom of a nightclub and that led to his debut in Rayar in 1981.

Then came another landmark role _ he played the notorious Tee Yai in a 1985 TV drama based on the life of the real criminal hunted by the Thai police _ one of whom was Chatchai's father. Chatchai's look in the series _ the Ray Ban shades, the long hair, the roguish, banditry appeal _ became an iconic face that we still see on stickers on 10-wheel trucks. It was one of the most memorable and unique roles in the history of Thai television that's usually swamped with pristine-looking boys.

''At first, I was offered the role of a cop, but it was more interesting to be a bad guy and I wanted to portray the life and fate of Tee Yai,'' he said.

Other bad guy roles include an evil sorcerer in Nuea Mek 2, which won the 2013 Mekhla Award for best moral-promoting drama.

The cheerful producer wants to create thought-provoking dramas, what he calls lakhon puea cheevit, that reflect social issues. A signature approach is to have disillusioned child characters who don't know what's right or wrong, whether to turn left or right, and then a righteous character shows them the way.

''We don't want to make it serious, we'd rather pass on moral messages in a lively way through child characters that appeal to both young and old viewers. At the end of the day, we still have to deliver an entertaining show,'' he said. 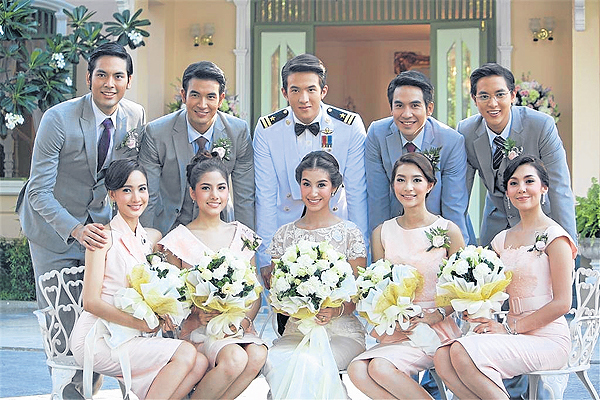 The Chutathep brothers all found their true love.