Hogging the highways and byways

Light reading for Harley heads and their pillion passengers

Who said motorcycles are only for men? Heaps of women are also avid riders, too, enjoying the speedy pace and the feel of the wind in their hair. If you consider yourself a bike enthusiast, or happen to be dating someone who has fallen for the archetypal American steel horse, you may find Hugo Wilson's Ultimate Harley-Davidson a useful asset to acquire. 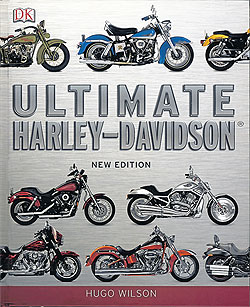 If you simply want to immerse yourself in the evolution of one of the world's most successful companies and its long and colourful history, this book should also serve your purposes well.

The story of Harley-Davidson is enthralling. The company was created by four young men - William Harley and the Davidson brothers - who shared a great passion for making, riding, racing and fixing motorbikes. They started small, hand-building relatively simple two-wheelers in a wooden shed; now the brand they gave birth to has become a household name and its manufacturer employs some of the most advanced technology in the field to increase the performance of those mean machines.

I wonder how many people are still in possession of the very first model made by the quartet? The so-called early Harley single-cylinder featured a bicycle frame and required the rider to pedal when there was am extra-steep hill to be climbed. The most interesting attribute of this prototype was perhaps its white rubber tyres.

This book covers more than 70 different models of Harley-Davidson, each with its own unique characteristics. Some were custom-engineered to serve the special requirements of customers ranging from the US military and various police forces around that country to well-heeled collectors and racers.

Close-ups shots of engines and components allows you to delve into the inner workings of some of these classic rides while keeping your hands clean. Exclusive photography from the Barber Vintage Motorsports Museum in Alabama is an added bonus. 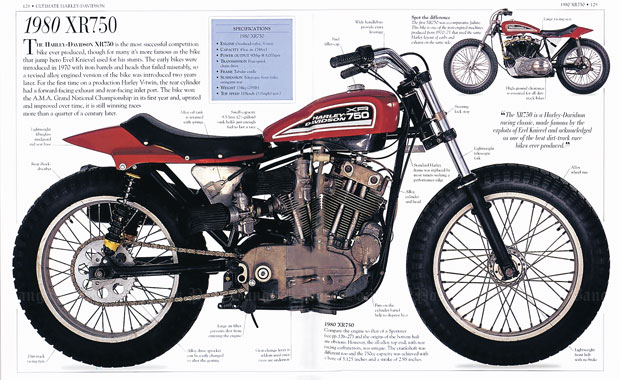 The XR750 (1980) is the most successful competition bike ever produced. 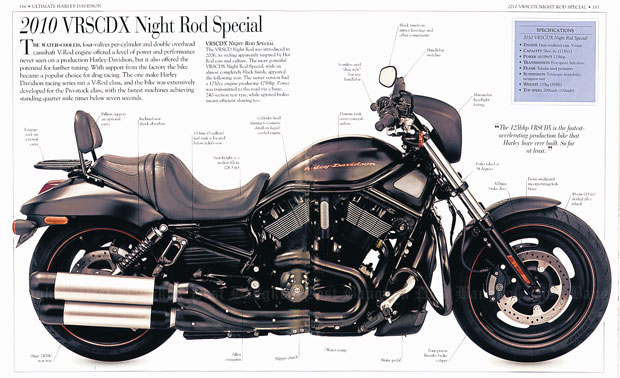 VRSCDX Night Rod Special (2010) with several unique features offers a level of power and performance never seen on a production of Harley-Davidson. 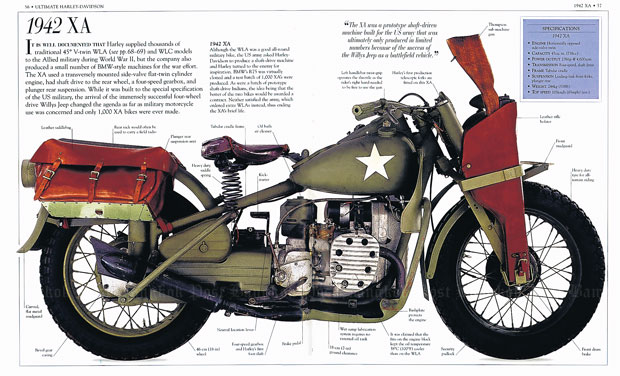 The XA (1942) was designed specifically for the US army. It was produced in limited numbers until the arrival of the four-wheel drive Willys Jeep caused demand to dry up. 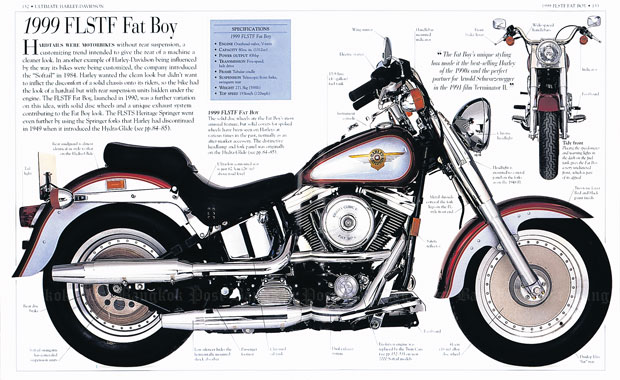 The Fat Boy’s unique styling has made it the best-selling Harley of the 1990s and the perfect partner for Arnold Schwarzenegger in the 1991 film Terminator II. 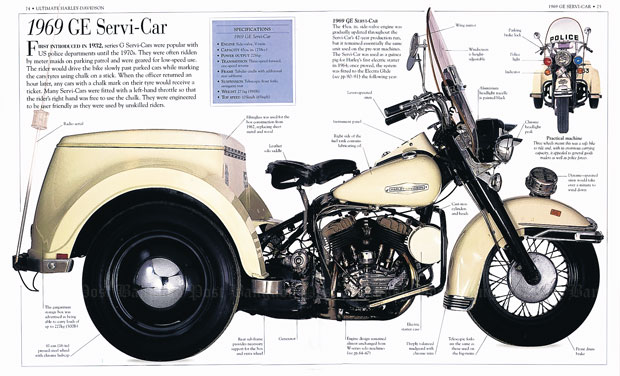 GE Servi-Cars (1969) were popular with US police departments until the 1970s. This model has three wheels and an enormous carrying capacity, making it a safe and practical vehicle to ride.