Of love and meltdown

Set in 1997, the year when Thai banks collapsed and the baht crumbled like week-old bread, the much-awaited film Pawang Rak (Concrete Clouds) is a story of love among concrete ruins. Economic gloom and romantic doom may not sound like the sweetest scenario, but the first feature by Lee Chatametikool _ one of the country's most sought-after film editors _ perceptively evokes that not-so-distant financial and emotional disaster, the fateful watershed in the country's capitalist upbringing that also serves as a backdrop to a story of young love gone astray.

Concrete Clouds is one of the two Thai films competing at the Busan International Film Festival, Asia's premier movie event that opened last night in the South Korean port city. Given Lee's solid resume as a top editor, much in demand after his contribution to commercial hits (Shutter, among others) and award-winners (Uncle Boonmee Who Can Recall His Past Lives, as well as other films by Apichatpong Weerasethakul), his directorial debut is a true highlight of Thai cinema this year.

And his choice of subject _ the unlikely crossroads between economic malaise and ill-fated romance _ gives the film a distinctive flavour from the start.

"I look back at the time when Thailand began to enjoy an economic boom, which was in 1985, after General Prem's rule and the year when Bangkok got its first McDonald's, then I look at the year when it all went bust, in 1997," Lee says. "That was a period of 12 years, then I came up with the idea of two brothers [who're 12 years apart] in order to tell the story.

"I'm interested in economics and how capitalism _ and democracy _ is our only solution, but certainly not the best solution. I'm also interested in the idea of romance, especially the idealism of romance as in, say, Rimbaud's poetry, and in the reality of life that romance cannot fulfill. The depression and bleakness of young love has a certain appeal to me."

The Isthmus is a documentary-fiction hybrid and involves the Myanmar migrant workers in Ranong.

The girl is Thai, but after her maid from Myanmar dies, she begins to speak Burmese. The metaphysical blurring of tongues morphs into fuzzy mental _ and geographical _ boundaries as the girl and her mother take a trip to Ranong, the coastal border town populated by migrant labourers from Myanmar, where they hope to find a cure for the girl's linguistic malady.

So goes Koh Kod Kra (The Isthmus), the first feature-length film by university lecturers Sopawan Boonnimitra and Peerachai Kerdsint that's premiering at the Busan International Film Festival this week. Touching on the sociological issues of border, identity, space and language, the duo merge fictional narrative with documentary-style poeticism in a story that seems to be about migrants but, as Sopawan and Peerachai say, is in fact about Thailand.

The two directors _ Sopawan teaches at Chulalongkorn and Peerachai at Bangkok University _ have worked on the theme of ''in-between space'' for many years, beginning in the area of sexuality and later the diaspora community. During a residency in Utrecht, The Netherlands, Sopawan researched the lives of refugees from Myanmar at halfway houses. Many of them, she says, had been living in Thailand en route to their final destination in Europe.

''Many of these people talked about Thailand with the feeling that it was their home,'' says Sopawan. ''I was struck by that, because in Thailand, we don't see these migrants as part of our 'home'.'' 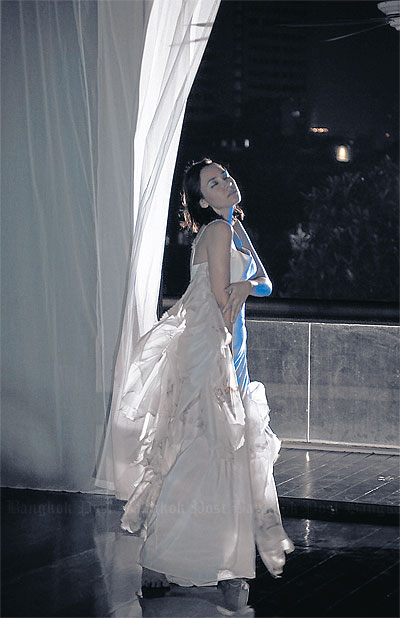 In Concrete Clouds, Ananda Everingham plays Mutt, a Wall Street broker who returns to Bangkok in 1997 to attend the funeral of his father, who in the first few minutes of the film commits suicide after his business goes broke. Back at home, he reconnects with his teenage brother (newcomer Prawit Hansten), a boy adrift in the wake of family gloom.

Two women offer hope, or hopelessness, to the two brothers. Mutt rekindles the flames with his ex (Janesuda Parnto) while his young brother begins a relationship with a platform shoe-wearing, meth-smoking girl next door (another fine turn by Apinya Sakulcharoensuk).

The cast is stellar, but it's the period that really gives the film its presence _ at least to Thai viewers who remember the sights and sounds of the late 90s. Lee's audacious attempt to re-create Bangkok circa 1997 involves visible elements like fashion, props (cassette tapes!) and aerial footage of expressway pillars as the system is being expanded _ but more importantly, he also goes for the textural effect. With a background in experimental cinema, Lee also conceives Concrete Clouds as ''a collage of narrative and experimental visuals'', and this includes a re-creation of old Thai music videos and TV shows, with their outmoded representation and emotional shorthand. The result is a film that sometimes intentionally spurns realism and takes off into a strange movie-in-a-movie land.

''Re-creating the late 1990s is hard, because it's not too far back and yet it's still the past. It's also a very vague period in terms of fashion and pop culture. It's a transitional period, and finding the right details is hard. But the idea is not to strive for accuracy _ this is more like my interpretation of that time,'' says Lee. ''Yes, maybe the despair of the characters reflects that difficult time.

''I remember that when I returned to Bangkok that year [from his studies in New York], the streets seemed empty and the city felt smaller. That feeling has stayed with me.''

There's concrete, and there are clouds _ then as well as now. Testing the audience in Busan this week, Lee will soon release the film in Bangkok, the city where it all began. ''The film is not my personal story, I think it's more like a brief history of that specific time.''

The Isthmus, Peerachai continues, is the result of considerable academic research at enclaves of labourers from Myanmar, chiefly in Mahachai and Ranong.

''We took our students there to talk to them,'' says Peerachai. ''At Mahachai, we started making a documentary. But in Ranong _ half of the town's population is from Myanmar _ we realised that to tell the whole story, we had to do it in the frame of a fiction film. That's how we're able to convey not only information but also feelings.''

''We visited Ranong so many times that we developed personal relationships with many of the migrant workers there,'' adds Sopawan. ''In order to tell their story, we think a feature film can cover a larger emotional ground. We also ended up casting a lot of them in the film _ except the main character, whom we cast after an audition video via YouTube.''

In The Isthmus, Sangthong Ket-uthong plays the mother who takes her daughter (Marisa Kidd) to Ranong after the girl starts speaking Burmese, a psychological or perhaps spiritual aftermath of the death of her nanny.

Scenes of mother and daughter crossing visible and invisible frontiers between the two countries _ or two realms _ are intercut with unadorned footage of migrants' lives in Ranong, a set of images we have hardly ever seen in Thai cinema. By telling the story from the point of view of the mother, a Bangkokian, the film becomes our story, the Thai story, rather than that of the migrant workers on our shores.

''Ranong is a small and attractive town,'' says Sopawan. ''For many migrants who live and work there, it's their paradise, because they have work, and because the 'border' isn't so strict _ they can cross back and forth pretty much as they want.

''We tell the story by starting from home _ from our side _ because we believe that this is a story of an identity crisis _ our crisis, not theirs. When we have doubts about our identity, we push others out and start questioning them. That's what's happening now. We're talking about us, not them.'' 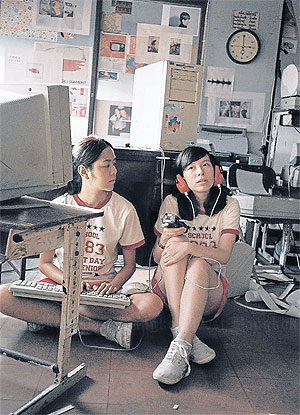 And out of competition ...

Nawapol Thamrongratanarit is one of the brightest upcoming directors. Last year he won the top prize in Busan with 36, a film that consists of 36 shots _ to evoke 36 pictures of camera film.

His new film, another conceptual work, is based on the real Tweets of a girl called June.

Princess Ubolratana has been a regular guest at the BIFF for many years, but this week she will for the first time arrive in the Korean city with a film. Together, released in Thailand last December, is showing out of competition at the festival. The film tells three intertwining stories about different kinds of relationships _ the princess plays a woman who reluctantly takes her amnesiac father into her house.

Showing in the Midnight Screening, the Thai horror film was released to modest success back in June. It tells the story of a girl's death and its aftermath.

The most successful Thai film of the year with nearly 1 billion baht in box-office takings, the comedy horror Phi Mak is a re-imagination of the classic ghost yarn Mae Nak Phrakanong. It's also showing in the Midnight Screening.