Last Wednesday, the world's oldest cinema reopened for business after nearly two decades of dormancy. The 114-year-old Eden Theatre, located in the French seaside town of La Coite, was used by the motion picture-pioneering Lumiere Brothers to screen an early work of theirs. Over the next nine decades, the Eden alternated between being a cinema and live theatre before closing down in 1995. Now, following a lengthy renovation, the Eden is back in business as a full-time cinema, with space set aside for a permanent exhibition dedicated to the origins of animated pictures. With France now claimant to the oldest operating movie theatre in the world, Thailand is in a position to stake claim to the oldest active cinema in Asia. But that claim hinges on a forgotten piece of cinema real-estate getting the same treatment as France's Eden.

Nestled in a corner of Trok Nang Loeng, in the historic Rattanakosin area of Bangkok, stands the Sala Chalerm Thani Theatre. Barn-like in appearance, the mostly wooden structure dates back to 1918 when it was contracted by the Siam Cinema Co under the name of the Nang Loeng Cinema.

In the late 1910s, the Siam Cinema Co became the country's largest cinema operator after two fierce business rivals _ the Krungthep Cinematograph Company and the Pathanakorn Film Company _ merged. The Siam Cinema Co operated as many as 20 movie theatres in and around Bangkok until the early 1930s, when financial troubles caused them to sell all their outlets to the newly-formed Siam Niramai Cinema Co, making it the nation's largest cinema chain at the time. It was then that the name of the Nang Loeng Cinema was changed to the Sala Chalerm Thani. 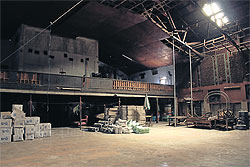 The Nang Loeng Cinema is a worthy candidate for a revival.

Without going into a detailed history, the Nang Loeng Cinema, or Sala Chalerm Thani _ whichever you prefer _ is a worthy candidate for a revival. Its unique architecture, historic location and nearly century-old age provide ample justification for that.

The architectural aspect boils down to the material it's made from. While wooden cinemas were the norm during the early days of motion pictures in Thailand, by the middle decades of the 20th century they had become rare exceptions. Only in the smaller towns and villages in the provinces did wood occasionally find utility as a building material for cinemas. Over the years wooden cinemas have all but disappeared, replaced by venues built of brick and mortar or not replaced at all. The Nang Loeng Cinema is thus a rare example of Thai vernacular cinema architecture in the heart of the capital.

The Bangkok Metropolitan Administration (BMA) has been seeking ways to increase tourist revenue from historic Rattanakosin. Were the Nang Loeng Cinema to find a source of funding for a make-over it would be transformed into a fascinating and potentially lucrative destination. Try to envision daily tours to the Nang Loeng Cinema to screen a documentary film about, say, the history of Rattanakosin, or Bangkok in general. Visitors could then explore the ancient neighbourhood, bringing revenue to local businesses in the process. By night, the 95-year-old structure could be turned into an art-house cinema, or live venue, drawing regulars from the ranks of Bangkok's film and art sets.

If done properly, a revival of the Nang Loeng could make it the cinema equivalent of the Jim Thompson House _ a vestige of old Bangkok with both contemporary and historic functions.

As of 18 months ago, notices found tacked to the Nang Loeng's facade announced up-coming renovations sponsored by the owning Crown Property Bureau. This would seemingly be the solution to the cinema's now 20-year-long stint as a storage space _ an unfortunate use for such a significant structure. But when questioned about the notices, nearby residents said that they had been pinned up more than a year prior and nothing has happened since. Few in Trok Nang Loeng had any hopes that the renovation plans would be enacted.

The revival of France's Eden Theatre as the oldest operating cinema in the world should inspire a vision for the oldest operating cinema in Asia. In the Nang Loeng Cinema, Bangkok has the right inventory! An attraction of that calibre would add further value to Thailand's cultural capital, and from a very unique perspective and all. Cinemas, after all, are fairly universal, but wooden ones are almost unheard of.

As an investment in the economic viability of Rattanakosin, the revival of the Nang Loeng Cinema will certainly will not answer all of the BMA's questions. It would, however, be one piece of the puzzle. The only thing that seems to be missing is the political will to get it started.

Philip Jablon is an independent researcher and photographer documenting the last of Southeast Asia's stand-alone cinemas. His South East Asia Movie Theater Project can be viewed at seatheater.blogspot.com. 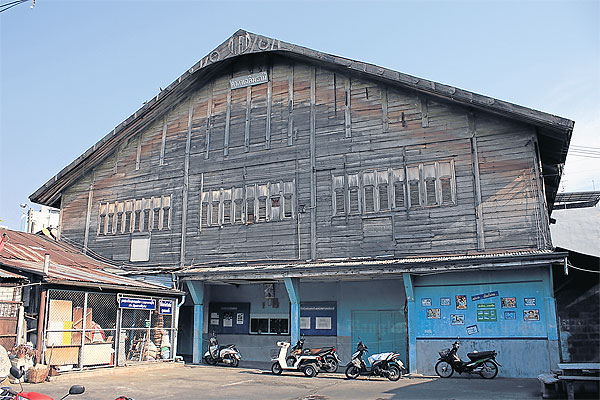 Barn-like in appearance, the mostly wooden structure dates back to 1918.