Like a trifling distraction before the arrival of the next instalment of The Hunger Games, the adolescent-in-distress Ender's Game shows innocent kids being made into instruments to feed the paranoia and war-mongering lust of adults _ except that Ender Wiggin's anti-heroism feels slight compared to Katniss Everdeen's baptism of fire (which we'll be seeing in two weeks' time). 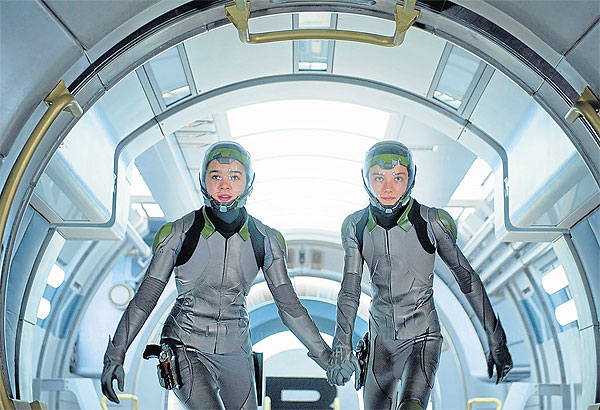 Based on a hit novel by Orson Scott Card, this futurist sci-fi film trudges along in perpetual low gear, its efforts at times laboured, despite a no-nonsense turn by Asa Butterfield as the game-theorist boy of the title.

Earth, for the 1,001st time in the past few months, is facing the threat of an alien invasion (sometimes I wonder why we're still here). To prevent the extinction of the human race at the hand of intergalactic colonisers, the military _ led by Colonel Graff (Harrison Ford, scowling) _ trains a bunch of bright boys to become tactical wizards via the use of computer games and strategic puzzles, in the belief that young minds can process complex data more quickly than adults. Entering the programme nursing personal hurts and carrying family baggage, Ender (Butterfield, the young Hugo in Hugo) discovers that the Battle School, moored somewhere in space, is a fascistic boot camp with different battalions run by teen commanders. Sensing that Ender is humanity's best hope in the fight against the insectoid invaders, Col Graff employs psychological manipulation and prescribed militarism to toughen the boy up as he rapidly ascends the ranks to take command of the entire fleet.

The story here is how adults exploit children, how innocence can be easily corrupted _ it's not about what the aliens do to us, but rather what we do to each other. However, the film, directed by Gavin Hood, feels sterile, while the visual element is simply uninteresting. We're not quite sure how to feel towards Ender; an attempt to render him into a tragic hero, a depressed genius _ a ploy which I believe might have worked better in the book _ only makes him appear bland. The odd pacing also means that when the climax arrives, we're not quite sure whether we've actually reached that point.

Ben Kingsley and Viola Davis also star, the former coming across as funny (unintentionally) and the latter proving unable to lift the proceedings despite the matronly gravity she exudes. 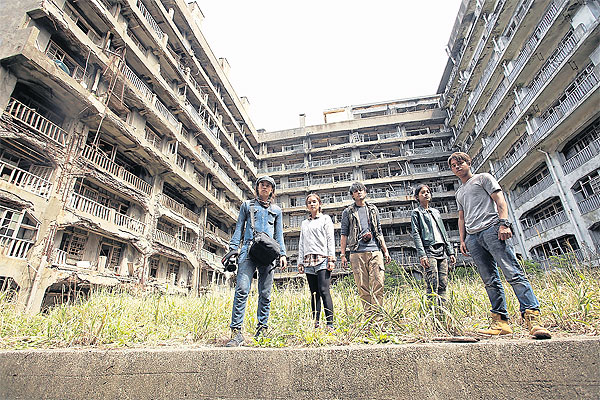 Making a hash of things

Another stink bomb has been dropped in the cineplex, courtesy of this moronic Thai horror flick with a Japanese decoy.

Hashima Project hoodwinks us with the promise of a haunted island _ Gunkanjima, or Hashima _ a reputedly ghost-infested islet near Nagasaki, Alcatraz-like due to its sea wall, and crammed with darkened, ruined, abandoned concrete apartment blocks from the mid-20th century when the place was a coal mine facility.

It turns out, however, that the film features only 20 lame minutes on the island, shot in the daytime to boot, while the rest of its overlong and badly edited 127 minutes take place in same old Bangkok.

I was tempted to see the film because I once visited Hashima, and despite the occult, hallucinatory scenery of the place resembling derelict war zones, I wasn't thinking about phantoms in Kimono waving at me from one of the rickety balconies.

Hashima is a remnant of Japan's post-industrial ravage. It's a spooky place, but not because it's haunted _ it's spooky because the sad wrecks of the coal-mining architecture reminds us of what's sometimes left behind in the long march towards industrialisation. It's also spooky because Hashima is in Nagasaki, one of the two places in our human history to be A-bombed (though the island didn't suffer nuclear annihilation). History is always spookier than empty buildings.

But of course, the brilliant minds behind Hashima Project never considered all of this. The film is a rehash _ worse, a slipshod rehash _ of other countless ghost films and scare tactics, only that most of them are crude and unintelligent. The biggest crime is the film's utter inability to use the Hashima location in any creative way. I suspect that they only gained access to the site (which is open to tourists and not a closed territory as the film claims) for only a few hours, or half a day at most, and the filmmakers only resorted to cursory exterior shots that failed to capture the place's phantasmagorical quality. It's like gaining access to film in Disneyland and you didn't go further than the entrance _ let alone film Mickey Mouse.

Oh, the story, but why would anybody care? Five young amateur filmmakers are hired by a TV ghost programme to go to Hashima to film an episode of this legendary haunted sanctum. So they all fly to Nagasaki, all bright and cheery, only to encounter a female spirit that roams the island waiting for her lost groom. When the filmmakers return to Bangkok, the ghost, because she needs no entry visa, follows them here.

Whatever. Hashima Project is an example of a slovenly made horror film aimed only at luring young audiences and cashing in at maximum speed over the opening weekend (a Halloween weekend, if that means anything).

Go watch a parliamentary debate, or the street protests in Bangkok _ that's a more frightening Halloween treat for us all.