Kathmandu Photo Gallery will showcase a collection of photographs that portray the yesteryear life of Phuket's islanders, from Jan 11 to Feb 23. 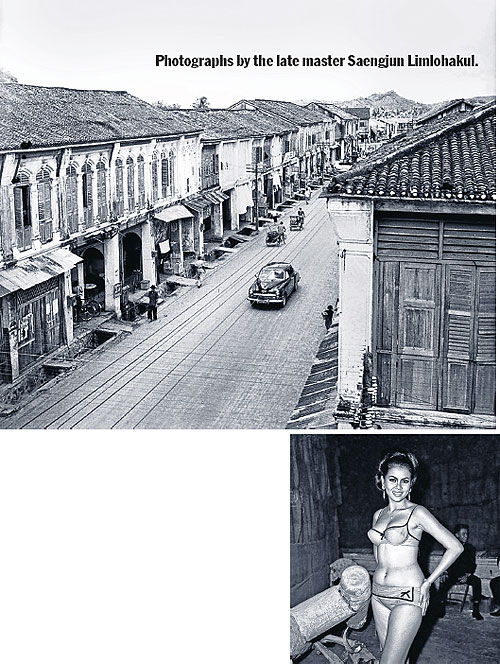 This is a mini-retrospective of Thailand's forgotten photography master Saengjun Limlohakul, who immortalised his hometown of Phuket in its last tin-mining days.

"To photograph is to immortalise," the Phuket native once said during an interview in 1994. He was 70 years old at the time.

"You press the shutter and record on film what is already past."

On display will be the late master's previously unexhibited black-and-white photographs printed from the original negatives in the care of Somchai Bamrungwong, his apprentice.

They portray "everything", from the islanders' peaceful life to the American-style strip clubs of the Vietnam War era, before the tourist boom arrived to change their whole world.

"I photograph everything, both for clients and for myself, in every style. The sky, the ground, the stars, the Moon, clouds backlit by the Sun, floods, fires, car crashes, houses, buildings _ I've shot from planes many times; even experimented in the cinema, photographing the pictures on the screen," he once said.

"The one thing I won't shoot is dead people, especially messy corpses. I won't even look at those. I'm not superstitious _ I just don't find it appealing in any way."

Beatles producer signed Fab Four because they were 'good people'