Another Quiet American: Stories of Life in Laos is an account by a 22-year-old American of the period he spent working as a consultant to the Laotian government's tourism authority in the late 1990s and early 2000s. Full of insights into the rich history, culture and contemporary social mores of our and-locked neighbour to the Northeast, the story starts with the author reminiscing about the time when, not long out college, he jumps at the opportunity to move to Laos even though he has no idea what living there will be like or even what kind of job he will be doing. 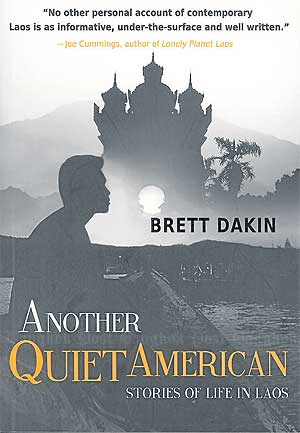 Dakin arrives in Laos at a time when it is beginning to reopen its doors to the outside world and face the fact that it is a poor country struggling with an economic crises, political instability and the legacy of the conflict in Indochina. Thanks to the perspective he gets from his position in a government agency, these are not the typically superficial observations of a foreigner travelling in an "exotic" land. There's an account of his boss, a wealthy general, who has played a major role in shaping modern-day Laos, and sections about an ageing prince, who pines for the French colonial past and finds life under the communist regime a constant struggle, and a US military pilot, who fought there during the Indochina War and has never returned since.

Essentially, this is the story of a young American coming to terms with his country's role in the world at the dawn of a new century. 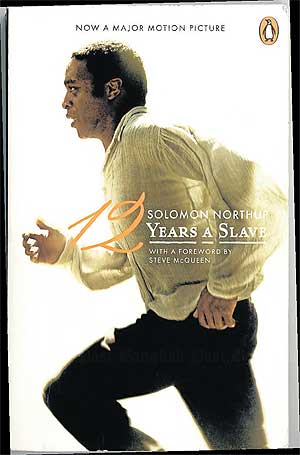 Film adaptations can often resuscitate sales of a book, especially a good book. The latest case in point is 12 Years a Slave, a memoir written by an African-American ("coloured man") named Solomon Northup, which was first printed 161 years ago, prior to the outbreak of the American Civil War. The book is now gaining the worldwide attention it deserves, thanks to the fact that a movie based on it is a frontrunner in the contest for this year's best-picture Oscar.

The book is a first-hand account by Northup, who was born a free man in New York. At the age of 33, he was kidnapped, taken South and sold into slavery in southern Louisiana. Serving different masters, he worked various backbreaking jobs for more than a decade. After he was rescued, he told his story to an editor named David Wilson and publication of the resulting text stirred debate about slavery at a watershed moment in American history.

Northup's 12-year ordeal was a mixture of expected gruesomeness and unexpected happiness. Prospective readers and people who have already seen the movie may wonder whether the book will be too serious, paint too harsh a reality, be too American, even? Like good memoirs such as The Diary of Anne Frank, 12 Years A Slave is very readable, thanks to the conversational style of its prose and the candid nature of its revelations. The tale of a human being struggling to cope with adversity is always compelling and the passage of time has not diminished this fascination. Northup tells his story as it was, making no attempt either to preach or to play politics. As narrator, he has a very distinctive voice, transporting readers into the heart of a racially-divided society and era, giving us some understanding about the reality of slavery and allowing us to view the characters of masters and fellow slaves as he saw them.

The reprinting of this memoir will doubtless encourage many readers to make a trip to the cinema and to cheer on the film's cast during the forthcoming Academy Awards. 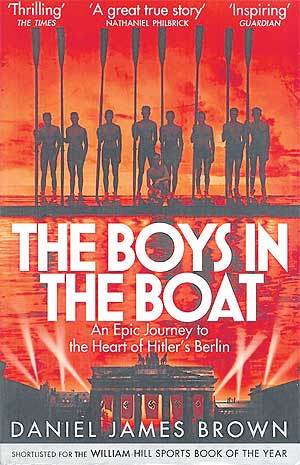 The Boys in the Boat: An Epic Journey to the Heart of Hitler’s Berlin By Daniel James Brown Pan Books, 2013, 404 pages

Nothing makes a great story greater than it being true, and with its nostalgic blend of grim history and youthful hope, Daniel James Brown's The Boys in the Boat is one of those great true stories. Set amidst the stony reality of the Great Depression, this epic tale celebrates nine working-class boys who formed the 1936 University of Washington's rowing crew, overcoming countless obstacles to claim gold in the 1936 Berlin Olympics before the astonished eyes of Adolf Hitler and the sporting world.

Enriched by diary entries, photographs and interviews with surviving members of the team, this is a refreshingly lively work of non-fiction that boasts an impressive amount of attention to detail. Brown explores the long tradition of the University of Washington's rowing crew and the enduring sense of self-worth it gives to these nine youths, sons of loggers, farmers and fishermen, who were struggling for a brighter future at a time when one in four Americans was unemployed. Their perseverance in the face of overwhelming odds provides an inspiring example of teamwork and courage.

Though peppered with some rather time-worn phrases, Brown's story-telling is nonetheless captivating and clearly well-researched. The historic and economic significance of that period, while threatening to weigh down the narrative, is balanced out by a second, more personal storyline. Brown follows the journey of one member of th e rowing team, Joe Rantz, a young man abandoned by his family from an early age but determined to prove himself. Rantz's perspective on grand historical events brings a much-needed sense of intimacy and warmth to the tale.

The Boys in the Boat is a remarkable story about the ultimate triumph of the underdog, full of charm, vigour and wisdom. Brown's words pull together with strength and harmony, transporting us on a dazzling journey towards a spectacular end. This book creates ripples that will stay with you long after you turn the final page.