Released to capitalise on the vagaries of the Valentine Day’s love rush, Nonzee Nimibutr’s Timeline packs its romantic arsenal to the hilt. The firepower — for the younger demographic — is the mere presence of Jirayu “James” Tangsrisuk, the cherubic soap star who commands a large fan base of screeching schoolgirls (and office ladies, understandably), and to a lesser extent, Jarinporn Junkiat, the teen star who’s no longer a teen though we don’t seem to notice that (neither, apparently, has she). Together, the two leads smile and cry their way through Timeline giving the film a dose of bliss and heartbreak to flood cinemas with the cold tears of Valentine’s. 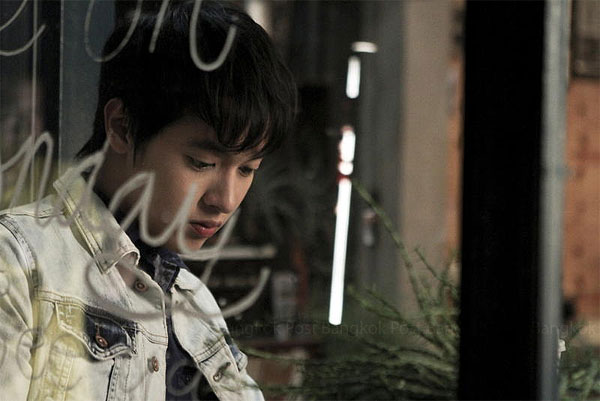 Nonzee’s direction makes it clear that the respected filmmaker, who spearheaded the Thai New Wave movement almost two decades ago with Daeng Bireley’s And Young Gangsters and Nang Nak, is more comfortable crafting period tales than contemporary ones. Timeline is Nonzee’s second film set in the present, after the rather disappointing Khon-Loke-Jit (Distortion), with Timeline being a semi-sequel to The Letter, a popular tearjerker he produced in the early 2000s.

Here, the central couple is Tan and June (Jirayu and Jarinporn), as they navigate the insecure emotional bends of university life in Bangkok. What’s most moving, however, is Tan’s mother and her melancholic struggle to come to terms with the death of her beloved husband. Played by Piyathida Miteeraroj, Tan’s mother, called Matt, runs a strawberry farm in Chiang Mai and nurtures — even idolises — the memory of the lost love of her life, even while she is politely pursued by another man (the ever-cool Nopachai Chaiyanam). The parallels of romance in two generations, the literary courtship of handwritten letters versus the digital flirtation of social media, are not unpredictable, though the movie pushes the whole thing through without blinking. Love is cruel, and unrequited love is crueller — the film overplays this as it approaches its overwrought ending, but sentimental spectators will find their chests heaving and their eyes full of tears.