Fans of Kim Soo Hyun should mark their calendars. The hottest actor from You Who Came From The Stars will be flying in to Thailand to meet his fans late next month. 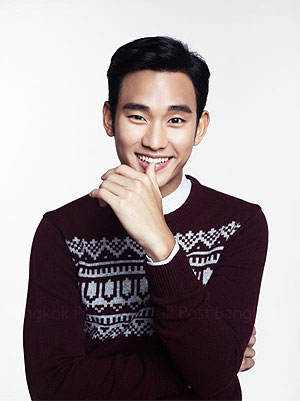 Kim Soo Hyun will meet and greet Thai fans for the first time at the Royal Paragon Hall, Siam Paragon, on March 30 at 5pm.

The “2014 Kim Soo Hyun Asia Tour 1st Memories in Thailand” is expected to be a memorable night for all girls who have been glued to the TV series as they can get up close and personal with the South Korean actor who promises to show off his singing and dancing talents.

Thailand is one of the six Asian countries the 25-year-old heart-throb will be touring. Starting off with support role in several TV dramas since 2007, Kim skyrocketed to popularity with his lead role in the romantic comedy Dream High in 2011. He also starred in the multi-award-winning historical series, Moon Embracing The Sun, in 2012 after which he has set a new record for product endorsements.

Even though he has no K-pop experience, he studied song and dance for three months at JYP Entertainment. Kim will perform at Royal Paragon Hall 2, Siam Paragon, on March 30 from 5pm to 7pm.