Thai student films have come a long way from amateurish works done just to pass a course. This week, two movies by young filmmakers are showing at Asia's leading film festival, and their stories about teen angst are unashamedly authentic 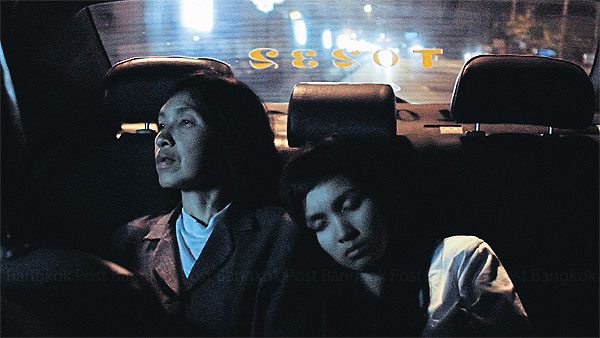 When Chonlasit Upanigkit first handed in his undergraduate thesis film two years ago, his lecturers weren't convinced. "It's too long, they told me. They said 'maybe you're too young to make such a long film'."

His film, a teen drama called W, ran to 173 minutes (most student films are shorter than 30 minutes), but despite the initial quibbles, Chonlasit passed. Whether age has anything to do with how long a film should be and whether obsession and a license for self-indulgence is something only reserved for the older generation is something that Chonlasit has thought about, especially when W was picked to screen at this week's 19th Busan International Film Festival, Asia's premier film event. Along with another student film, That Day Of The Month (see below), these two Thai films about young people made by young people are taking the international stage by storm and with startling maturity.

W is a story of a teenager during her first year at university. She goes about her life on campus, in what many may call an uneventful manner, although as the film progresses we observe a student at the crossroads, dealing with a growing sense of confusion and anxiety as she experiences the tremors of adolescence.

Chonlasit, a graduate from Silapakorn's Faculty of Information and Communication Technology, lets us savour the details of the character's daily life in which small gestures, however trivial, accumulate into something more significant. In many ways, the plot isn't as important as these little moments. That's why the film, even the now-released shorter version, runs over two hours. 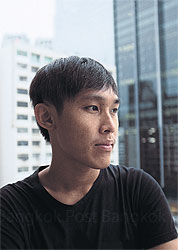 "The comment I had from a lecturer was that I was probably too young to make a film about the subject, using the style I chose," says Chonlasit, 24. "But for me, I like long films that ask the viewers to be patient and get to know the characters slowly. It's more realistic. The life of university students are sometimes marked by the slow passage of time, by the languor, the uncertainty and disorientation and maybe that can be expressed in the film."

W shows that Thai student films these days — the top crop at least — have a professional level of quality, both in technical and creative terms. In fact, W and That Day Of The Month look and feel much better than a number of commercial Thai films that are released in the cinemas.

More importantly these films tell stories of young people through the eyes of their generation. They feel more real than films about young people made by someone from a different time and generation. There's honesty and freshness, instead of manipulation and speculation, and the dialogue is authentic, as are the young people's candour and body language.

Chonlasit feels that W is the sort of film that he can make only "once in his life" — not because he thinks it's necessarily a great piece of work, but because he remembers the times and the moments and the feelings through which his character lived. In short, although the film is not his biography, it's still his — and many others' — story.

"I'm glad now that I started making the film two years ago, when I was younger and more innocent," he laughs. "I feel that had I been older, I wouldn't have been able to make the film the way I made it. When you grow up and you look back at your teenage years, you're looking at them through different eyes. Sometimes it's good, sometimes it's not.

"People say young people are obsessed with themselves, that it's a trend to be self-absorbed and to tell their stories to anyone who'll listen," Chonlasit said. "It's true. But obsession is in our nature and sometimes it's best to turn that obsession into something."

W was cut down from its original 173-minute version when screened at Busan International Film Festival. The film has a tentative release date of December in Bangkok. 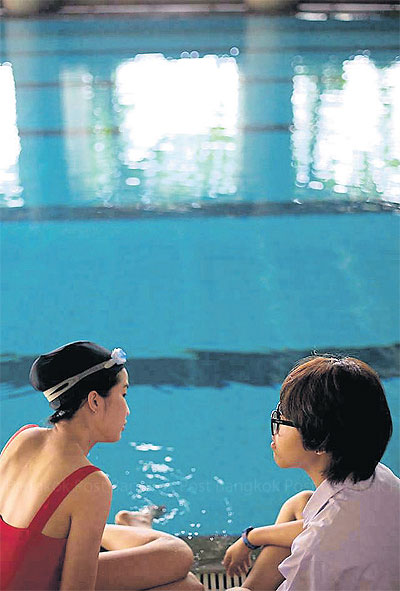 A scene from That Day Of The Month featuring the main characters at the swimming pool, the main setting of the film.

Jirassaya Wongsutin is the hottest Thai director under the age of 22. Although her filmography is, naturally, not all that long, each of her three short films made while in college have claimed the unprecedented feat of winning the top prize, three years in a row, at the Thai Short Film and Video Festival, the most prestigious competition for undergraduate Thai filmmakers.

Jirassaya has developed a clear interest in a subject rarely seen in Thai cinema: girlhood and sexuality. Her most recent work That Day Of The Month, about the fine line between friendship and lesbianism, is the only Thai short film that will show at the Busan International Film Festival.

“I’m interested in making films about life and people,” she said. “I learn more about myself in return.”

While the few Thai lesbian films made in the past few years have been romantic comedies, Jirassaya’s short has a serious, intellectual quality hidden beneath the youthful facade.

The film focuses on a relationship between two high school girls who believe that they have a deep connection through their menstrual synchrony. Running at 30 minutes, That Day Of The Month shows the complex interaction between two friends going through an emotional transformation and as such it’s perhaps one of the best Thai films on the subject of lesbian relationships.

Currently working as a screenwriter at film studio GTH, Jirassaya, a recent graduate from Chulalongkorn University’s Faculty of Communication Arts, is planning her debut feature-length film. Her first short film, Welcome Home, uses the tragic 2011 Thailand floods as a background that offers a father and a daughter one last chance to rekindle the family bond following a long estrangement that separated them following the parents’ divorce. The film earned her the first award from Thai Short Film and Video Festival.

Jirassaya’s second film She Is My Best Friend is partly based on her personal experience. The film talks about a brittle friendship between two girls who grew up in the same apartment complex, with a communal badminton court as their childhood playground. Problems begin during their last badminton match on the day that one of the girls is set to move out permanently and the other begs her not to go. She Is My Best Friend also won the top prize at Thai Short Film and Video Festival before taking second place at the International Women’s Film Festival In Seoul last year.

Raised by a father who works as a police officer and a stay-at-home mum, Jirassaya said that her parents always expected her to have a conventional job.

It was during high school when she discovered her love of films, however, that Jirassaya started to change course.

“Films have a huge influence on me,” she said. “I can be gloomy for days after watching a sad film. I was transfixed to learn about what goes into a single film; the thought process and work and so forth, that allows the film to have so much meaning and value to viewers. So I wanted to become a director.”

Jirassaya was determined to study at the Faculty of Communication Arts at Chulalongkorn University, which offers a major in film studies, and was delighted when she was accepted. College helped her hone her filmmaking skills and along the way she learned to tap into her own feelings and experiences and transform them into movies — the three films that won her awards and now a slot in one of Asia’s top-flight movie events.

Despite the copious amounts of compliments and prizes she’s accumulated over the past few years, Jirassaya continues to remind herself not to drown in a sea of complacency and believes there is still much to learn in order to keep improving. One issue that she is aware needs to be somewhat tempered is an over-reliance on her gut instinct when it comes to making films.

“Trusting my own sense is good,” she said. “But sometimes, I find myself stumped in answering questions that emerge along the way. That is a problem I have to deal with.

“Making films somehow cures me,” Jirassaya said. “I’ve always thought that I make films because I want to keep the moments and feelings that I have shared with the people who have come into my life. They are the people who have made an impact on me and shaped me into who I am today.” 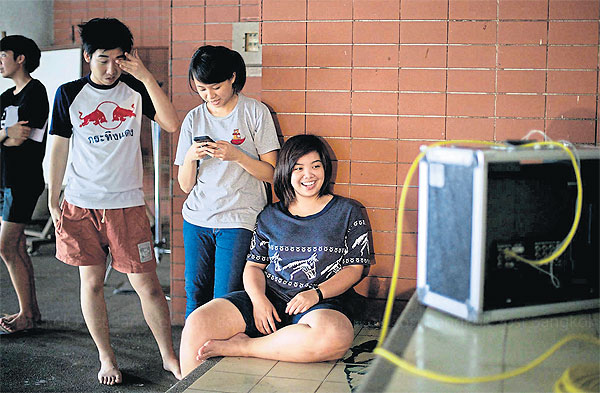 Jirassaya Wongsutin, the director, during the production of That Day Of The Month.

There’s a huge harvest from Thailand at this year’s Busan International Film Festival. Besides the two films by young Thai filmmakers, Chonlasit Upanigkit and Jirassaya Wongsutin, there are five other films spread out in different sections at Asia’s top movie festival. Other Thai titles to premiere at the festival include:

Fah Kam To , a drama starring Ping Lampraplerng as a washed-up actor who has to take care of his seven-year-old daughter after his wife passes away.

Busan International Film Festival, which began in 1996, is the biggest and most significant film festival in Asia. Over the years, it has grown in size and influence as a showcase for new and outstanding films from Asia and other parts of the world.