English designer, sculptor and architect Thomas Heatherwick established the Heatherwick Studio in 1994. He created the Rolling Bridge at Paddington Basin in London, on his own volition. He reinvented the iconic red London bus, down to the fabric for the seats, treating the interior of the bus like an architectural space. Heatherwick then went on to represent his homeland with the design of the UK Pavilion at the Shanghai Expo in 2010 — the Seed Cathedral, a hairy rectangular structure made with 60,000 identical clear acrylic rods, which created a curvaceous geometric interior space holding 250,000 seed samples. Sunlight travelled through the length of each rod, lighting up the space, and cast different hues throughout the day.

In 2012, the Heatherwick Studio blew the world away with the Olympic Cauldron made up of 204 unique copper petals for the 204 competing countries. The petals, laid out in a circle, rose up in a circular wave as they were lit, creating one glorious flame. 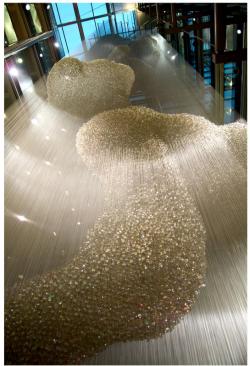 As part of Singapore Design week, which wrapped up yesterday, Heatherwick was celebrated in the "British Council and GREAT Campaign Presents New British Inventors: Inside Heatherwick Studio" exhibition, curated by Kate Goodwin, Drue Heinz Curator of Architecture at the Royal Academy of arts. Goodwin spent months in the studio with the architect, exploring the archives, presenting key projects and putting together precious objects, from Heatherwick's letter asking for funding for his architectural project as a student in 3D design, to name cards for his graduate show, with his information inscribed on ice cream sticks, to intricate Christmas cards the studio sends out every year.

Life talks to Heatherwick about his projects, process and philosophy.

Tell us about your most recent project, the university building at Nanyang Technological University (Singapore) (NTU).

The professors at NTU gave us a very unusual brief. The world of education has had a dramatic shift in the last two decades. You used to go to the university because that's where all the computers and books were. Now why do you go to university? [The professors] want a place where you'd meet your future business partners or bump into someone you would share an idea with. It needs to perform in a very different way than the existing campus buildings.

We were ordered 'no corners' in the tutorial rooms. We made no corridors. It had to be built on a modest budget and meet the highest environmental certification possible, [which meant] concrete columns, concrete floors, concrete for staircases and elevator cores for cladding. We had to think about how we could give love to concrete. 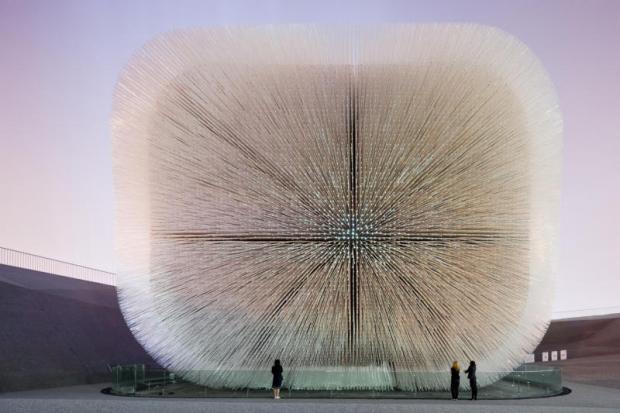 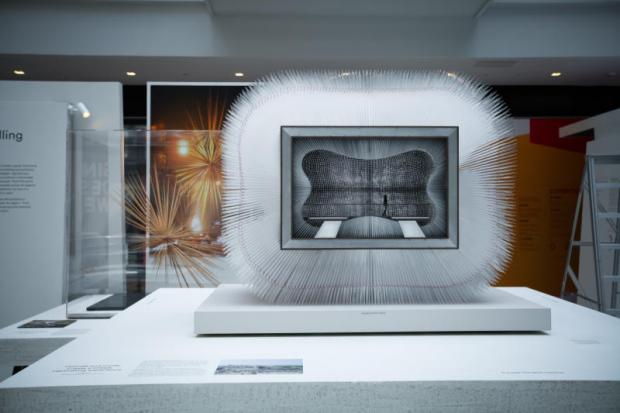 A model of the UK Pavilion. 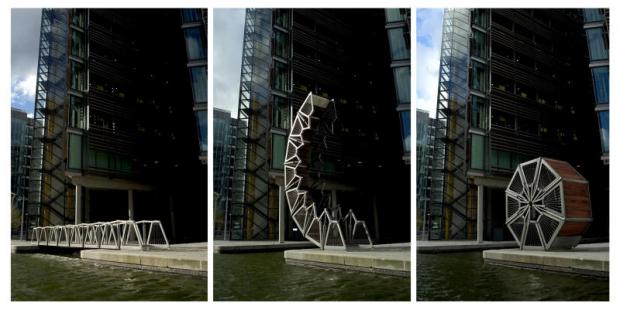 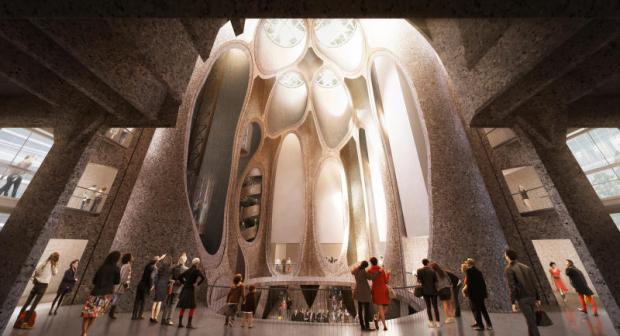 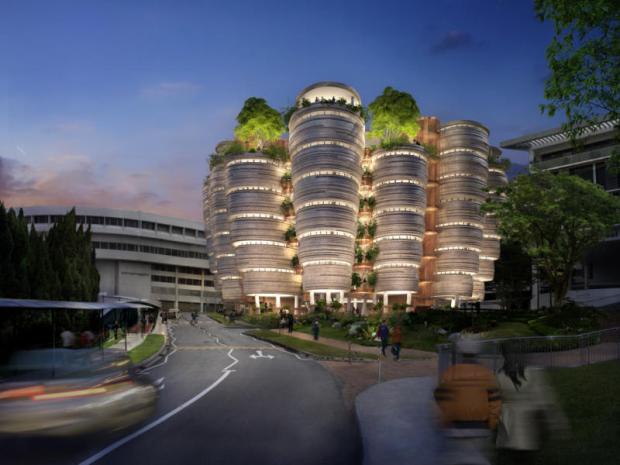 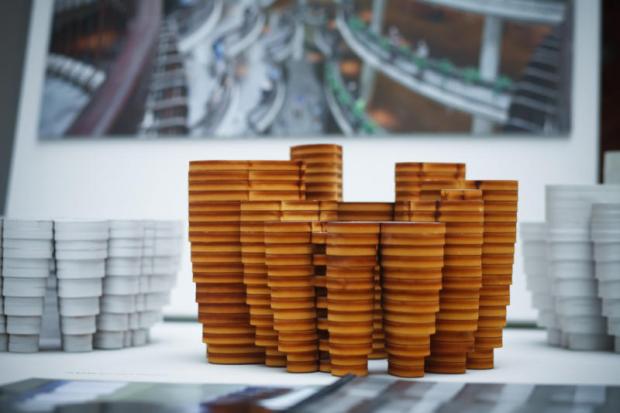 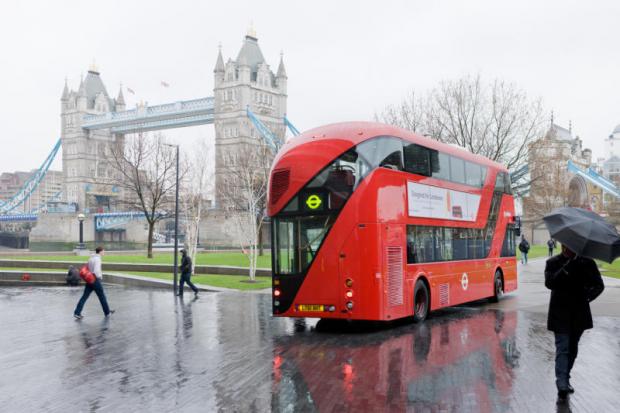 A new London bus in front of Tower Bridge, London. 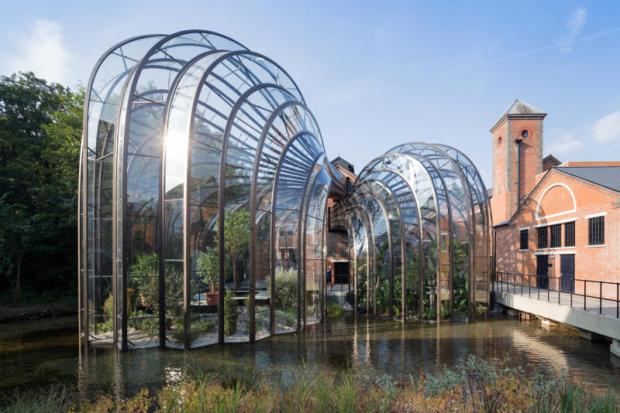 How does your background inform the way you tackle these problems?

My background was in making projects myself. I built my first building 24 years ago. And in my studio, when no one else can do it, we do it. The world of architecture has become quite sterile. New things are made of shiny glass, smooth flat aluminium panels and paint. They might be a wonky shape but the emotional response to those materials are the same.

I hope for my studio a new direction. Handmade buildings. The learning hub has a garden. It's an open space with 12 entrances and the air blows through. And there are lots of nooks and crannies where you can have conversations. At the groundbreaking ceremony, the minister of education came and he said the project is actually to increase the birth rate.

How does the existing university affect the design of your particular building? 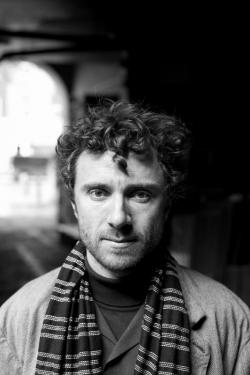 Our passion is to design projects that are specific to a place, and not just have the style of Heatherwick studio. The form was very much in response to the monotony that exists on the site. We're interested in how things complement each other. Our building isn't to replace the whole campus.

Your eyes enjoy looking around forms. I went to a school that ran on the principal by the thinker Rudolph Steiner. Something he was interested in was that when you have right-angled buildings, you walk along and you suddenly get to a corner and only then do you look around. But if you take the corner off, your eye is already starting to look around and see surfaces before your body gets there. Your eyes pull you and make you explore. City and places need variety. You pick your friends not because they are versions of other people, you like variety. Often, because buildings are big and expensive, people are scared to actually give any idiosyncrasy to the character. Most of our projects are trying to have places have more idiosyncrasies and particularities.

What is the process of your work?

We are interested in thinking of what the real issue is. For example, the Olympics Cauldron. We began with a philosophy. Philosophy is a grand word. What I mean by that is strategy. And that started from thinking what you expect an Olympic Cauldron to be and people know there's a big bowl somewhere on the roof of a stadium and maybe the flames will go up a line. But we realised nobody remembers the design of cauldrons. Two billion people see it and 2 billion people instantly forget it. So we then asked, 'What do they remember?'. And they might remember in Barcelona, the archer who shot the arrow, and Muhammad Ali in Atlanta shaking as he went. They are remembering a moment. What's amazing about the Olympics is there are 204 countries coming together and not fighting with each other, or fighting in a different way.

Before the lighting of the cauldron, the ritual is like a religious ceremony. It's very precise. They always have the parade of the athletes and so for two hours everyone goes without food. The middle of the stadium is a mess so we thought we could tidy them up. The centre is the most important place and so all the countries have to arrange themselves around the middle like pieces of a cake. These are all little thoughts but they all add up.

We were told 'no moving parts'. But they said that because in Sydney, it got stuck for two minutes. So they don't mean 'no moving parts'. What they mean is 'make sure it doesn't go wrong'. We did tests and tests. We created drama and the element of surprise. Each of our projects goes through that process. What works? What doesn't work? What are the issues? You have ideas in response to the problems you've identified. We have a team of 170 and we're problem solvers. Problem spotters as well.

Cannabis in the spotlight at BKK herb expo