Hayun Choi is a contemporary Korean artist enraptured by the concept of identity born through the interaction of looking. Combining a unique style of feigning paint strokes with textile media, her portrait collection "Gaze" has been showcased in London, Seoul, Hong Kong, Singapore and has now arrived in Bangkok at La Lanta Fine Art. Guru speaks with the enlightened artist to learn more about her fascination with looking at and being looked at by people.

Tell us about "Gaze".

Human beings are existences to be seen. As social animals, we try to confirm our value of existence through others' eyes and our ideal self through interactions. Those desires become a base of life and self-formation. Therefore, it is not exaggerated to say that we exist from interactions of being seen and showing oneself.

"Gaze" is an expression of identity formed through the eyes of others and the paradigm of desire. It is a rotation of seeing, showing and interacting. In the first stage of seeing, one secretly captures an image of another, not recognised by the other. In the second stage, the model is going to be captured in photography after being informed. This suggests the model recognises that he is seen by someone and shows the image that he wants to. The third stage expresses a completed image formed by those interactions.

When and how did you come up with this concept? 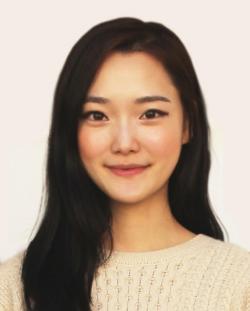 I have been interested in subject "desire" and "identity" before. When I studied my masters' in fine arts, I researched the cause of desire. Among the extensive range of explanations, I focused on the assumption that desire emerges from "gazing out". I was especially interested in the theory of gaze by Jacques Lacan and Jean-Paul Sartre, and how the act of gazing can alter one's identity and self-worth. The subject of the gaze is reduced to being an object of desire. As the subject identifies with becoming an object, they become alienated from themselves.

How many portraits are in the collection and how long did they take to complete?

There are eight portraits in the newest collection for the solo show at La Lanta Fine Art. They took me about nine months to complete. The technique I used requires a lot of patience. I also tried new techniques.

Why did you choose the mediums you used?

The first and second stages are expressed with photography in order to depict the reality of seeing and showing. The third stage of interaction, however, is a new image formed by the actions of seeing and showing, rather than a reflection of what there is. In order to achieve this, I overlap and layer lines of thread to make the image, as well as create new colours. In the end, the characteristic of thread symbolises numerous interactions of seeing and showing during a human being's lifetime. I believe that fabric and thread are the closest materials to humans from birth to death. Finally, in expressing the work, the use of see-through fabric with the thread is done to create curiosity. I envisioned the look of a woman's leg with black stockings or the effect of see-through lingerie. It makes the audience approach the artwork more closely with curiosity.

What can we expect from you next?

"Gaze's" concept will not be changed as the subject for my next project. However, I plan to focus on more private and secretive portraits, like nudes or a special situation. I will put more story into my next work, so please look forward to it. G 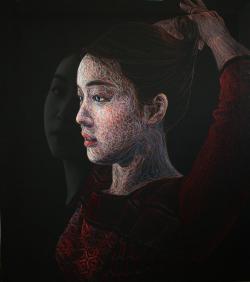 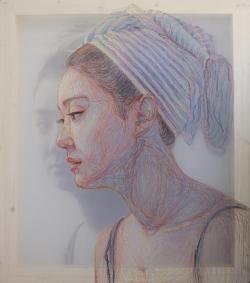 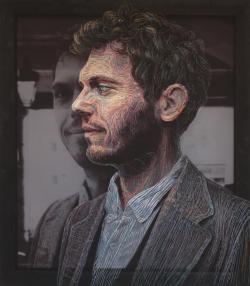