Two musicians mix regional sounds of the North and Northeast with Western influences to create a unique vibe.

The soul of Isan 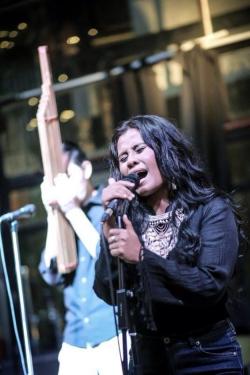 Whenever Rasmee Wayrana has a microphone in hand, she always unleashes a power that mesmerises the crowd. Known as "Rasmee Isan Soul", the singer has an unmistakable voice with a drawling technique that relies on a strong northeastern accent and which comes with her supple and natural body movements. It is hypnotic, a kind of sophisticated world music vibe -- a mix of wailing Isan and Nina Simone. And though the northeastern dialect often appears in her blues-jazz songs, it is never a barrier to audiences anywhere.

"Music is an international language. The audience may not understand a single word I sing but they can feel it from my expressions and the tone -- whether it's dark, sad or happy," says the 32-year-old singer who's enjoying a huge surge in popularity among discerning music fans. "I think people like my songs because they may feel fed up with mainstream music, where songs are similar. But as I blend the local style of singing with international music, it's like modernised Isan folk songs, which is quite new."

Rasmee recently won three Kom Chad Luek Awards -- best female singer, best single for Maya and best album from her Rasmee Isan Soul EP. Three major prizes may be typical for well-known artists, but at the ceremony, the announcement of her name raised many eyebrows. Rasmee, a small woman with big voice, is a new face on the red carpet who caught many by surprise. But she's not inexperienced; in fact it has been almost 20 years since she started in the business.

"I quit school after I finished Prathom 6 and started working as a singer in restaurants in Ubon Ratchathani," Rasmee recalled. "I had to earn money to support myself and my family."

Rasmee was born and raised at Namyeun district in Ubon Rachathani, an Isan province bordering Cambodia. Her father, a traditional singing teacher, sang her lullabies when she was a baby -- and that's what you can still hear in her songs -- soulful trills with Cambodian inflection, strange, bluesy lullabies for adults. The spirit of Isan is prominent in her songs.

"I always have a standpoint that I want to sing molam. I feel like I want to do something that represents myself," explained Rasmee. "Even some non-Isan people might have an attitude towards molam and other traditional types of singing, that it's outdated, but I always feel that it is so classical and appealing."

The word "soul" in her album name, she says, doesn't refer to the music genre -- it means the spirit and cultural roots that she wants to maintain.

"Making music is a way to express myself," she said. "When I write songs, I write from within me or an issue I feel related with. I don't search for something fancy, but I dig deep inside."

When Rasmee was a girl she entered many singing competitions around the Northeast. Those contests didn't lead to any obvious success, but the turning point came when she visited Chiang Mai. She fell in love with the city and decided to move there.

She decided to finish her non-formal education and studied painting at Rajamangala University of Technology Lanna Chiang Mai, where her colleague persuaded her to enter the music circle again. It was at The North Gate Jazz Club, a popular hangout among local musicians, that her career took off.

"There was a jam session. So I just hopped on stage and sang molam, while the musicians continued playing jazz and it turned out pretty well," she recalled. "Then the musician, who was from Africa, asked if I want to join his African band. He showed me African music, which impressed me. Its accent is a lot similar to guntreum [a folk song of southern Isan] so I feel very much related to it. That's how I get to join Bamako Express. We played together for two years before everybody went our separate ways to do our thing."

Those two years gave her a foundation and enough fame. Rasmee was asked by a French jazz band to be their guest singer for a performance in France. The experience has inspired her to make an album of her own, which blends the various influence of jazz, blues, soul and Isan rhythm.

"I like the way people appreciate music, the entire audience pays attention to the stage and there are music halls everywhere. I want this music culture in our country."

The album began as a curiosity among listeners looking for something beyond the mainstream, but soon grew into a respected item that won praise. It may also ride on the wave of world music, with molam and other Isan sounds becoming cool in Thailand, as well abroad.

"People these days are very open, which is a good thing. When I had my first show, tickets were sold out. Audiences were Thai and foreigners, kids and grown-ups. So I see the potential to make my dream come true and I want to keep doing it," explained Rasmee.

"I want to lift up Isan songs to an international level. I want to show the world that there is a gem in our land but it's never had a chance to shine. I want to bring my songs back to Isan. Traditional music is fading away. I want to pass this charm to next generation or else it could become extinct." 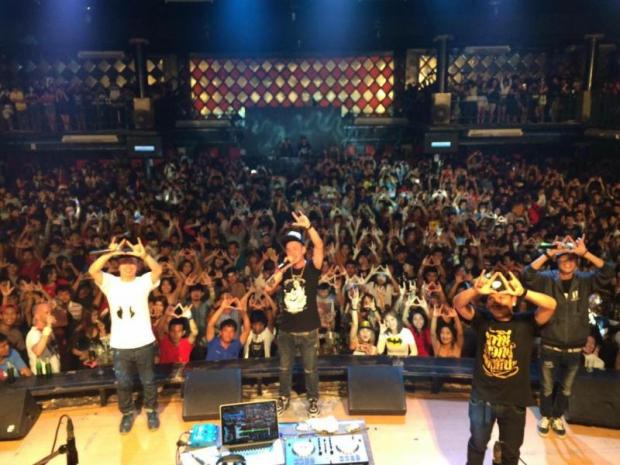 Pujan in the house

Mixing rap with northern music, Pissanoo Boonyeun, also known as Pujan Long Mic or PMC, has more than 400,000 subscribers on YouTube. His most popular song Lae Rak Nirunkan (Eternal Love) has racked up over 64 million views, and his tour dates are packed. Considering that he's a singer who isn't signed with any music label, it is a feat that this "regional" singer and his self-producing singles are so popular.

Pissanoo's songs are heavy accented with the northern Thai spirit — in the vibe and lyrics. He combines the same sensibilities into rap, blending the two elements that don't seem to go along — one very tender and gentle and the other hard-noted and energetic — into a new conformity.

"I call it pujan — a new genre maybe — because it cannot really refer to any specific genre but a mixture of all things I like," said the 27-year-old singer.

The word pujan in the northern Thai dialect means a person who hosts events at a temple. Pissanoo came up with the stage name after he went to a temple and met a liaison on duty. The singer was impressed by the accent a pujan used when he led prayers and he picked up the drawling voice technique to use in his songs.

"I was hunting for my song's signature. I used to look from afar, from other singers I admired, but now I realise that if I'm searching for my uniqueness, I don't have to go anywhere. I am myself. I'm a northern Thai and that's what I'm using in my songs.

"I think local is international. People won't pay attention to something they can find anywhere. They prefer something with an outstanding character," said Pissanoo, who was born and raised in a farming family on the outskirts of Chiang Rai.

Pissanoo has been making music since he was a teenager. But in those formative years, he was experimenting with hip hop and rap. "I felt like hip hop was exactly what I was looking for. Something raw and grungy."

The singer recalled how stubborn he was; he quit school while studying for his vocational certificate and though he was working as a technician, singing has always been a serious hobby.

"It is actually my dream to make people appreciate my songs. But I have no rush. I need to live with the present. I have to earn a living and leave a space to spend my free time to make my dream comes true."

In the beginning his songs contained a lot of swear words because that was how he understood hip hop. But his turning point came when he met his junior fans.

"One day a small kid came up to me and told me how much he loved my songs. That's when I started to question myself, do I really want to make songs that could plant a negative attitude of someone?" he said. "Ever since then I have attempted to make my songs inspiring and make some impression on listeners — at least to entertain them. I don't want to make songs that put a flea in your ear. It's a song with thought-provoking and rhetorical lyrics that I want to make."

It took him some time before he reached this point where his schedule was packed with tours across the country.

"It is patience that has brought me here," says Pissanoo. "I listen to songs that people in my village don't. I dress up in a hip hop style. I have to be patient with negative comments from people. But now I've proved that judging a book by its cover doesn't work."

Pissanoo still has a plan to make more singles but even though he seems to have a passion for making music, it is surprising to know that his goal is not about composing songs and singing for the rest of his life.

"I know that I cannot be here forever in this industry. But I seize the day," he said. "Eighty percent of my attempt in making songs is about pursuing my dream. Another 20% is about creating a positive attitude towards underground music, because there are many talents out there. I also do not want to sell my songs. Everyone can access them from YouTube and they can always come and say hi to me at concerts." 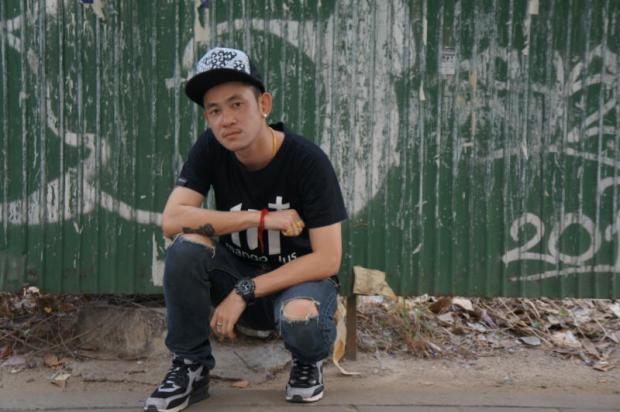