The 69th Cannes Film Festival begins today in southern France with its usual fanfare. Regarded as the world's most prestigious event of cinema professionals, the festival celebrates film as art, commerce, glitz and as cultural treasure. Fittingly, this year Cannes has invited only one Thai film to screen in the Cannes Classics programme -- the recently discovered 1954 Santi-Vina, which was once thought to be lost and has now been restored to its celluloid glory.

"The discovery motivates us that there are no 'lost films' but there are films that have yet to be found and preserved as the nation's audiovisual heritage," says Chalida Uabumrungjit, deputy director of Film Archive (Public Organisation).

"There are still many 'lost Thai films' out there, especially those made before World War II. We keep looking for them. But with film prints, the longer it takes, the more the material deteriorates."

Forgotten and mislabelled on a shelf of British Film Institute (BFI), the print of Santi-Vina has been stored by the 4K digital technology -- more than 1,700 hours of work -- by a lab in Italy. After the premier in Cannes, Thai Film Archive will screen it in Bangkok as part of the celebration of the 70th anniversary of His Majesty the King's accession to the throne. It is an august occasion because in December 1954, HM the King presided over Santi-Vina's Thailand premier at the now defunct Empire cinema. 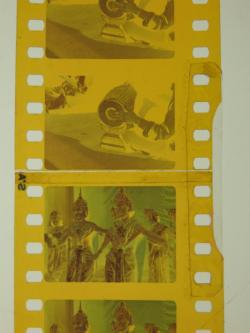 The decayed film strips of Santi-Vina.

Because of its special, somewhat mythical status, the unearthing of 62-year-old Santi-Vina is a joyous turn of event for archivists and cultural conservationists. The film, a doomed love story between a blind man and a young woman, has historic importance as the first to be shot in colour 35mm with sound (when most Thai films were shot on 16mm with no direct sound), and it was also the first Thai film to win international prizes, at Southeast Asian Film Festival in Tokyo. The reputation of the filmmakers who made it -- as well as the odd circumstances around which the negative print was lost to Thailand for over half-a-century but ended up in the UK, Russia and China -- only adds to the gravitas of the discovery and now the Cannes screening.

First of all, the filmmaker. Santi-Vina was produced by Hanuman Pappayon, the studio run by Ratana Pestonji who was still regarded as a pioneer in Siamese filmmaking of the post-war period. Ratana (also known as RD Pestonji) founded Hanuman studio in 1950 in Phloenchit, and though he directed only five features in his career, they are treasured as a legendary collection of Siamese moving images for their bold aesthetics. Most of the films he directed, shot or produced survived down the years, except the crown jewel of Santi-Vina (for which Ratana was a cinematographer and producer; the film was directed by Tawee Na Bangchang).

A Thai of Persian descent, Ratana often infused Buddhist elements in his films, including in Santi-Vina. More importantly Ratana was known as a man who devoted himself to the advancement of Thai filmmaking; the most heartbreaking turn came in 1970 when he collapsed and died on stage while making a speech to cabinet ministers imploring them to support Thai film.

Such a death was a noble end for a filmmaker who knew how frustrating it was when artists had to deal with the state -- and that's partly how Santi-Vina almost got lost to the bin of history. 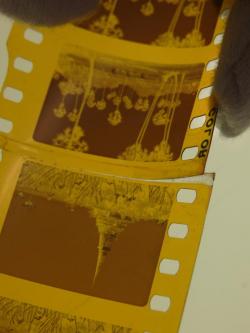 The decayed film strip of Santi-Vina.

After the film won awards in Tokyo, it was supposed to be shipped back to Bangkok. But Ratana was upset that Thai customs wanted to charge him a hefty fee for the film print, which was considered "imported" despite its Thai origin, as well as for the film camera he received as a prize from the festival. So he decided to leave the negative print in Japan without bringing it back. Here things became murky; it is believed that the print was later sent to the UK, but during the journey it was damaged. Years later, two more prints were reportedly kept in China and Russia, because the film was shown in those countries, as well.

"In the early 2000s there were clues, but none was substantial. When Rank Laboratory in the UK sent us back several Thai films marooned in their lab, Santi-Vina wasn't among them. We checked with British Film Institute [BFI] too because they kept so many films, but they didn't find it. So we thought it had been lost forever," says Chalida.

But then luck struck. In 2011, a film critic and student in London, Alongkot Duangmai, was browsing through the BFI library when he accidentally found the title Santi-Vina. Then followed a flurry of communication between the Thai Film Archive and BFI, which eventually found the sound negatives of the film, but no picture. More digging revealed that BFI had also kept the picture negatives, though they were misplaced with the wrong registration number and misspelled title, thus making it untraceable in the beginning. Against all odds, Santi-Vina came into existence again.

Then came the restoration process, which brought more complications. Film -- unlike the digital format of today -- is a chemical matter, and its fearsome enemies include time, humidity and temperature. The discovered film reels of Santi-Vina had decayed into yellowish stains, so the Thai Film Archive commissioned L'Immagine Ritrovata in Bologna to do extensive colour correction and restore the visuals. Meanwhile, two prints resurfaced in the China Film Archive and in Russia, though not in good condition, and besides they are screening prints, not negatives that can be duplicated. 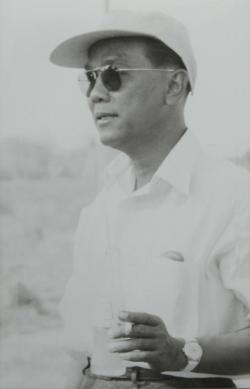 "Like most old films, Santi-Vina consists of many 'day for night' scenes, meaning that the film was shot during the day though it was supposed to be night," says Sanchai Chotirosseranee, deputy director of Film Archive. "We have to use the image of the film from China Film Archive as a sort of reference in the restoration, to make sure that the finished film is as close to the original version in both the narrative and quality as possible."

The newly restored Santi-Vina runs at 113 minutes. Ratana's photography is luminous, vivid, and has weighty dignity as it tells the tragic love story set in a rural village and monastery.

"To have a Cannes premier is also a moving tribute to Ratana," says Sanchai. "Ratana and director Tawee were pioneers who wanted Thai film to be internationally accepted before anyone ever thought that could be possible. Cannes is a perfect stage for him and Thai Film Archive is proud to be a part of it."

Santi-Vina will screen on May 19. Cannes Film Festival runs from today until May 22.

As Thai audience waits for the screening of the newly restored Santi-Vina, there are other films by Ratana Pestonji that can be seen on DVD. They are available at the Film Archive shop at Bangkok Art and Culture Center.

Rong Ram Narok (Country Hotel), an idiosyncratic example of Theatre of the Absurd shot in black-and-white on 35mm. The movie, which came out in 1957, takes place entirely in the Paradise Hotel (the Thai title means "Hell Hotel") where its strange inhabitants create a senseless ruckus before the tone shifts into suspense in the second half.

Sawan Mued (Dark Heaven) is a vibrant, tragic musical-melodrama that Ratana adapted from a play written by his friend Suwat Woradilok. The movie, which came out in 1958, stars Suthep Wongkamhang as Chu, a working class man who falls in love with a homeless woman, played by the sweet-faced Suebnuang Kanpai. They live in destitution and fate compounds their misery when Chu is drafted to fight in a war and loses his eyesight.

Chuafah Dinsalai (Forever Yours). Ratana worked as a cinematographer on this 1955 film directed by Kru Marut. A timber tycoon lives with his young wife in a remote jungle outpost. There the wife, Yupadee, begins an affair with her husband's nephew, called Sangmong. When the tycoon catches them, he handcuffs the two lovers together, forever chaining their fates into one inseparable tragedy.

Prae Dam (Black Silk). Written and directed by Ratana, this 1961 film is arguably the first Thai film noir and it was shown at the Berlin Film Festival. The film tells the story of Prae, a widow who always wears black to mourn her late husband. Here involvement with a thug and a murder leads her life into a series of unexpected turns. 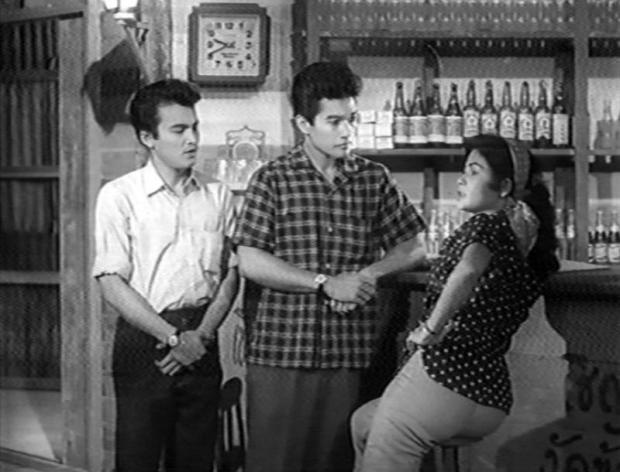 A scene from Rong Ram Narok. 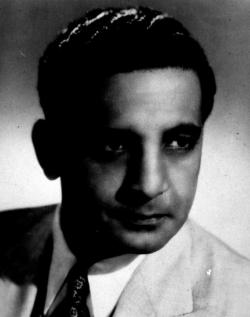