In case you didn't know, there are 197 countries in the world. And Johnny Ward has now visited 193 of them. Guru was lucky enough to meet the Irishman, a hugely successful and famous travel blogger (www.onestep4ward.com), whose mission for the last 10 years has been to visit every country, while making millions and never working a 9-5.

What made you decide to quit your 9-5 and start on this journey?

I never really joined the real world, to be honest. The next day after finishing my finals at uni in 2007, I flew one way to New York. That was 10 years ago. Since then I had a "real job" once when I ran out of money and moved to Sydney for a year, but I knew that was just a means to an end. In 2009, as soon as I heard about people making money online, I was sold. So I had my blog up and running within a couple of months of that, and from there it's grown and grown. The office life didn't suit me, so I kinda had to make my own thing work!

Why did you choose visiting every country in the world, as opposed to, say, climbing Mount Everest?

Fewer than 100 people in history have visited every country in the world and the people who have done it generally are from wealthy families, or are over 60 years old. Not only that, they also fly in and out of countries for an hour or two, ticking boxes. I wanted to show the world that you can come from any background and achieve your dreams, and I always wanted to really "travel" the world, none of this fly-in/fly-out stuff. 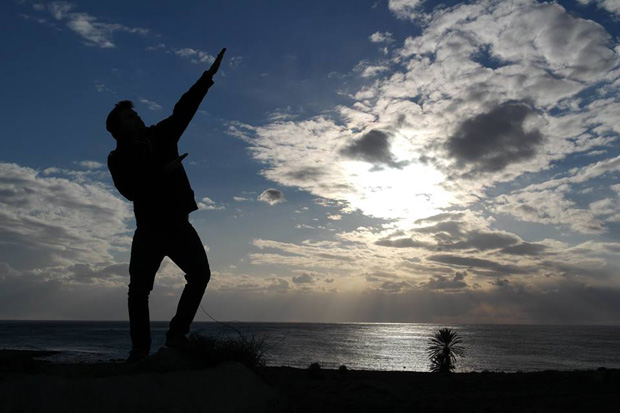 Which country did you enjoy the most and why?

It's always a tough question to answer, but back in 2007 when I was broke, I was teaching English in Chiang Mai. I fell in love with the province, so when my online stuff started taking off, Thailand was the place I moved back to. I've since bought some property here so it's kind of my official "home" these days; I guess this makes it my fave place. Ethiopia, Iceland, Algeria and China are also amazing countries to get lost in.

Which country did you find most challenging?

I've been to my fair share of war zones in the last couple of years. The Central African Republic was sketchy, and Nigeria was a tough place to travel through, too. Generally, I try to find something brilliant about most places, but those are two countries I won't be rushing back to.

Where's the most dangerous place you've been?

Afghanistan perhaps; there was a suicide bomb when I was in Kabul. Or Angola when the guy beside me got shot and robbed.

Where are you heading next?

Flying to Oman this week and hopefully on to Yemen if I can get in. Then, I'll be off to France to watch Northern Ireland in the European Football Championships, then to London to fight for my visa to Saudi Arabia, then back to Thailand, and then hopefully finish my goal by September.

What life lessons have you picked up since the beginning of this journey?

We're not born to just pay bills and die. It's upsetting to see people just existing month to month, working in jobs they don't care about. The world is an amazing place, full of brilliant people and gorgeous sights. We're lucky to be born in the internet age, when everything is possible, so we should all live our lives doing what makes us happy, helping each other, not just keeping up with the Joneses.

What tips would you give to bloggers who want to make it?

Be a pro, and don't give up. Every man and his dog has a blog now, so the days of going home and writing "I had pad Thai for lunch today" are gone. You need to be mindful of your audience, what resonates within your niche. And of course, don't give up.

How long before you started seeing a sharp increase in your following?

For me it was about six months, but I was travelling from Cape Town to Cairo with no flights, so it was a cool trip that garnered huge interest. If you're on a jaunt in South East Asia, it's tough to differentiate your content from others. It's better to do something different and leverage on that. But do something different because you want to, not to just launch your blog. The thirst for fame doesn't lead anywhere.

What motivates you to keep going?

That's the toughest aspect to any big goal. People often tell me that if they had the money to visit every country in the world, they would do it too. But honestly, that's not been the hardest part of it. I was broke when I started my journey; you can find a way to do it on a budget. It's about not quitting; it's about dealing with the danger, corruption and fatigue. And yes, missing friends' weddings and events. But if you truly have your heart set on achieving something, then you have to make sacrifices. If you honestly decide that quitting is never an option, then you persevere until completion. Then set the next goal. Living an average life is my biggest fear. That alone keeps me motivated.

Any plans once you've visited every country?

Sleep! It's taken me 10 years, I can't believe I have just four countries left. It's been an incredible journey, not just the countries and the travelling, but the way my life has changed to. From teaching English for US$700 to building a successful online biz and then buying properties, I never could have imagined my life would end up like this. I'll take some downtime to appreciate it, then I'm planning an "around the world in 80 days" trip with no flights, following Jules Verne's journey as much as possible. Also, I run charity trips each year with the help of my followers, so this year we're going to Cambodia to install playgrounds in local schools in the countryside, so that takes a bit of planning too. Let's see what the future holds. For sure, though, I won't be joining the "real world". It's not for me.