The future's made of augmented reality
Life
Social & Lifestyle

The future's made of augmented reality

While Thais have to wait until September to play Pokemon Go, other games out there can give you a similar experience

With more than 30 million downloads in less than a month since its release, calling Pokemon Go a social phenomenon is hardly an overstatement. An augmented-reality mobile game (AR) released earlier this month in some regions, Pokemon Go has made daily headlines around the world ever since its launch.

The game has been gradually released in more than 30 countries around the world, starting with Australia, New Zealand and the USA on July 6. In Thailand, True Corp -- the exclusive licensee of all Pokemon content in Thailand -- has recently announced that the game will be open to players in Thailand some time in September. An exact release date is still to be decided by the game's main publisher, Nintendo, according to True CEO Suphachai Chearavanont.

Thailand will then get a taste of the fun -- and havoc -- caused by people trying to catch the little monsters. Using location-tracking and GPS technology (courtesy of Google Maps), Pokemon Go requires players to actually traverse through the real world in search of various pre-marked locations on a map, which will either reward the players with a variety of in-game items or the chance to capture a Pokemon. Once a Pokemon is found, players can use their phone camera to see an AR render of the Pokemon transposed on the scene being caught by the phone's camera before attempting to "catch" them.

While many experts have stepped forward to point out that Pokemon Go's reliance on moving around in the real world could potentially have tangible benefits for players in terms of fitness and mental health, there have also been many reports of traffic accidents, trespassing and even violent crimes that have stemmed from the game. Many countries have come out to speak publicly in concern regarding the game, with China and Korea banning it outright. Most recently, Japan's government issued several public safety guidelines for Pokemon Go players ahead of the game's release in the country earlier this week.

The objective of the game -- aside from collecting all the roughly 150 different types of Pokemon -- is based on the game's Team System, which divides all players into three teams, with each team competing to control special locations called "Gyms" by using their captured Pokemon to battle each other.

While September is hardly a long way from now, there are many Thai players who are more than ready to step out into the world for the AR adventure of their dreams. To tide them over until then, here are several other notable games to scratch all our AR itch.

Developed by Niantic, the same developers behind Pokemon Go, Ingress is commonly known as the "predecessor" of Pokemon Go, as it utilises many of the same technologies and design sensibilities. In Ingress, instead of Pokemon Trainers, players are instead characters in a dystopian sci-fi future, where humanity is divided into two factions -- one in support of a mysterious alien race, one against. 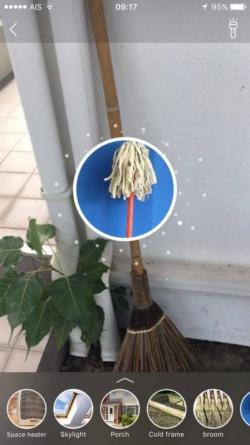 After choosing a side, players must visit various locations for items and compete to control "portals", which are littered across the real world in very much the same fashion as Pokemon Go's PokeStops. In fact, Ingress' portal locations are converted exactly to Pokemon Go, with former portal locations now turned into PokeStops instead. This means that if you want to check out if there will be any PokeStops near your area in the future, you can do so through Ingress before the game's release.

In Thailand, clusters of locations are scattered all over Bangkok, pinned on things like shrines, stores or even traffic signs. For example, near the Bangkok Post office on Klong Toei, there is a location pinned on the shrine in front of the building.

The locations of Portals can also be suggested by its players, which is probably not surprisingly that strange random items like graffiti walls or obscure statues are made into portals. That said, common landmarks like the Victory Monument or Rama VI Statue in front of Lumpini Park are also registered portals, as well.

As of this month, more than 15 million portal suggestions have been submitted, with about 5 million of those approved as official locations by Niantic. The game also has a passionate following in Thailand, judging from the over 5,000 members of the Ingress Thailand Facebook group.

Zombies Everywhere is a fun little AR game that lets you shoot zombies while walking around in the real world. Using your phone's camera to look around, the game will render 3D zombies into the environment, which you can proceed to decimate with a variety of weapons, from conventional handguns to mini-guns and flame-throwers.

The game sports two modes, a typical "survivor" mode where you try to survive -- and eviscerate -- as many waves of the undead as possible. You can play this in AR mode, using your phone to aim and shoot at the zombies, or -- if you happen to be stuck in an enclosed space -- play the game without AR. The second mode, dubbed the "safe" mode, is quite similar to survival mode in the sense that you can still see and shoot the shambling zombies as you would normally, though the zombies will ignore you, which could make for some pretty neat screenshots.

Unlike Ingress or Pokemon Go (though the developers cleverly renamed their app Zombies Go just several days before), Zombies Everywhere isn't a free app, and will cost you a measly 99 US cents (34 baht). You can also pay another 99 cents to unlock all the weapons in the game at once instead of earning them by killing hordes of zombies.

AR and ghosts are like a match made in heaven, though SpecTrek isn't exactly concerned with giving you jump-scares as much as it is about using ghosts as a motivator for exercise. After selecting from three available game lengths (15, 30, 60 minutes), the game will randomly place cute, blanket-with-eyeholes ghosts within a pre-set radius around the user.

The user's mission, then, is to travel to these locations in the real world and use their phones to look for and catch these ghosts. In case the ghosts happen to spawn in inaccessible, players can also use the app's "horn" function to make nearby ghosts move to other locations, which can work to help players avoid areas they shouldn't be in, which seems to be a significant problem plaguing Pokemon Go right now.

Priced at almost 90 baht in the Thai Google Play Store, the game is admittedly a little light in features, though that's not to say it could be a fun way to get yourselves outdoors more.

People who prefer their games with a little more meat can check out Clandestine: Anomaly, named "Best Mobile AR Games Other Than Pokemon Go" by the Apple Gazette. In the game, players must use their phones to erect massive structures in order to defend their real-world neighbourhood from an invisible alien invasion.

Unlike the other games, Clandestine: Anomaly doesn't force players to head outside to enjoy it. Most of the game's essential objectives can be done at home, and the player only ever has to move outdoors if he ever wanted to. As the game lets you manually set the area in which the game will unfold, even the outdoors sections of the game can be played in a relatively small area.

While all the base construction elements can be done remotely at home, the game gives players the option to get more directly involved with the alien conflict by actually heading out into the real world, where players can use their phone cameras to view and battle aliens in high definition AR. The game's quality in terms of graphics are comparable to offerings from big-name developers, which is actually more than can be said for most of the other games on this list.

On iOS, the game is priced at US$3.99, which could be a turn off for Thai people. But if you're really interested in what AR can really do for mobile gaming, you owe it to yourself to check this one out.

As it turns out, Ikea actually has a pretty cool AR app, which can let you place virtual renders of its furniture into real word settings with your camera. This way, you'll know exactly which unpronounceable-named piece of furniture you need to look out for. The function isn't quite ready yet, but it'll definitely be one of the more practical uses of AR once it is.

Think Google in AR, and you basically have Blippar. Using your phone camera, you can "blip" (point the camera) at anything, and the app will scour the net to find videos, articles and photos of whatever you are blipping. The app is still relatively new, so there aren't too many "blip"-able things just yet, though the developers promise that one day, everything will be "blip"-able.

There are few motivators capable of getting you moving as a shambling zombie coming for your brains. Zombies Run is a fitness-centric AR app that motivates users to go out running by framing these runs as "missions" in a zombie survival game. As you run, a story is narrated to you by various characters in a zombie-apocalypse setting. 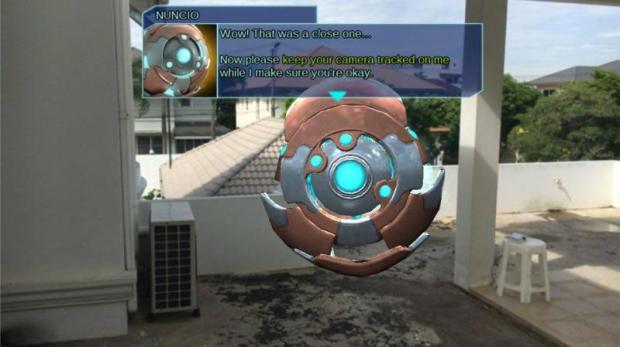 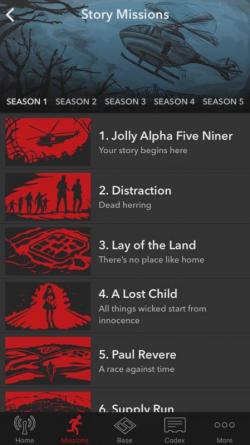 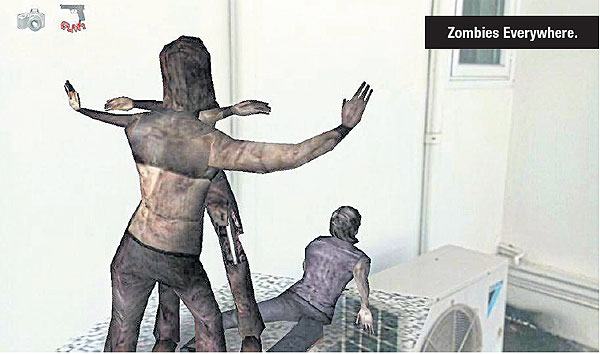