As the 40th anniversary of the Oct 6, 1976, massacre approaches, we talk to lawyer and activist Somchai Homla-or, a man detained after the incident and who has gone on to relentlessly campaign for reform in the decades since

It's not the cruellest scene from Oct 6, 1976, but cruelty was never in short supply that morning. What Somchai Homla-or experienced is just one of many unfortunate examples that remind descendants and survivors of how ugly mobilised nationalist mobs can turn modern Thai history into a bloodbath.

Somchai, a well-known figure in human rights campaigning today, was then starting out as a young activist. While checking out the situation on the ground, as the media had been vilifying the students as a violent mob, he attempted to get out of Thammasat University's compound when he was mistaken for a student. The state-organised thugs known as the Nawapol militia zoomed in on him -- soon after the militia would go fully berserk and hang another student outside the university's fence. Somchai got away due to sheer luck when a journalist friend spotted him and alerted the police.

"Had I not been dragged out of the mob, I might have come across the same fate as other students that day," the 66-year-old Somchai said from a law office which has been his career haven for decades.

Rage, disappointment and bitterness have become the characteristics of the October Generation. It was the heady 1970s for Thailand as students rose up against the military dictatorship that had ruled the country for over a decade. This year marks the 40th anniversary of the Oct 6, 1976, incident and the 43rd of the Oct 14, 1973, uprising, and the atmosphere will be particularly poignant given the military rule in the present day.

"The Oct 14, 1973, uprisings opened up a new era of democracy and those involved in the movement are full of pride. The funerals [of those who were killed] were a state-organised event. Society was filled with hope [after the dictatorship was toppled]. The dead were lauded as heroes and their families and the survivors compensated by the state," said Somchai.

In the aftermath of the Oct 14 event, Field Marshal Thanom Kittikachorn left the country to go into exile and everyone thought the worst was over. But over the next three years, Cold War politics, domestic scuffles and the right-wing faction armed to the teeth with anti-Communist propaganda plunged the nation into paranoia and chaos.

With the killings on Oct 6, 1976, the student leaders were the losers in an unspeakable chapter in Thai history, Somchai noted.

Forty years later, there is still no remedy, said Somchai. Facts have yet to be exposed and recognised by the public. The people who survived the incident are mostly in their 60s and still waiting for something to unlock the past that deeply torments them.

"The most powerful remedy and mental reconciliation is truth. The quest to unveil that episode remains unfulfilled. How many were killed? How many went missing? And how many were raped and tortured?" said Somchai, a native of Ayutthaya.

Some of the injured, he noted, did not dare to come forward. Over the decades, the incident has only been mentioned briefly in textbooks. Some people believe there are many more layers of involvement that haven't been openly discussed. The whole truth of the Oct 6 chapter, in short, remains a mystery.

After five days in the Police Hospital with some 20 stitches on his heads and a plastered arm, Somchai was arrested by Chanasongkram police and sent to the Metropolitan Police Training School.

He was detained in a big prison cell with other younger student leaders such as Thongchai Winichakul and Somsak Jeamteerasakul, who're now well known scholars and living outside Thailand.

"Several hundred were detained there on treason charges, but within a few weeks and months they were either bailed or released. Just 40 people, including myself, were further detained for 10 months before we were released with no charges by mid-1977," said Somchai.

Life in prison was quite bearable, as the Corrections officials had experience with the "political prisoners" in earlier times, like with Chit Phumisak and later on Thongbai Thongpao, he added.

"Thanks also to international pressure, especially by Amnesty International, we were fairly well-treated. The authorities referred to us as political prisoners. We got food, could read newspapers and exercise. Relatives and friends could visit us. We were simply asked not to run away."

In retrospect, Somchai said, he smelt violence early in 1976 as various factions in society, including the media, were hostile to the students while the elites felt they were surrounded by anti-establishment leftist elements.

Somchai, alongside Yuk Sriariya and Sanphasit Kumpraphan, were the intelligence team of the 1973 student movement.

That year, he graduated from Thammasat University with a law degree and was married to Chulalongkorn University graduate Mattana Thanomphan.

"In 1976, we could see that the clash between leftist movements and the elites was spiralling into violence. We sensed that the ruling class couldn't afford to coexist with the student sides. As a result, the students were framed and cracked down on," he said. Meanwhile, Maoist ideology had wrongly instilled "the rural against the urban strategy" in a Thai context, adding to the complex equation on the students' part.

"They [the leftists] should have been more flexible and less aggressive in their preparation for the political struggles. They should have started in the cities first, instead of mobilising people into jungle warfare," said Somchai.

So when he was arrested and put in jail, he had to calm his nerves as the imprisonment might have dragged on for years due to precedents set by Field Marshal Sarit Thanarat, the notorious strongman who ruled Thailand from the late 1950s to mid-1960s.

After being released, he and his wife went to Nan province, a centre of the now-defunct Communist Party of Thailand's "Bureau of the Intellectuals".

After two years in the jungle -- with a son born in Laos -- Somchai returned to the capital to mobilise workers and set up a unionist network.

Soon after, his involvement with the Amnesty International report on the torture of Cambodian refugees in the Sa Kaeo Refugee Camp sent him into trouble again. And in the late 1980s, he embarked on an "unforeseen overseas study tour", a tormenting period in his life since he didn't know when he could return to Thailand.

But those few years became Somchai's greatest asset as he witnessed political changes in the region and built up a close bond with activists around the world.

"In the late 80s, I received death threats and Kraisak Choonhavan sent me to Hong Kong to attend a conference. There, I started my one-year asylum period -- hopping around South and Southeast Asia befriending activists and intellectuals of the day," he said.

He was later given a one-year internship at the Human Rights Watch's Cambodia Documentation Center. Later, he came back and worked alongside scholars and activists such as Saneh Jamrik, Gothom Araya, Dej Pumkacha and Phairoj Pholphet in a project called Democracy Campaign Committee.

Asked how he felt being dubbed as a leftist-cum-NGO, or a "mafia-cum-yellow shirt PDRC supporter", Somchai said that two decades ago the human rights circle was a small community, and it was natural that people knew and supported each other's works even though they didn't agree 100% with each other.

"I'm not PAD [the yellow-shirt People's Alliance for Democracy]. I observed their rallies once at the Government House. Our family also didn't agree with the People's Democratic Reform Committee [PDRC]," he said. PAD was led by Sondhi Limthongkul and was a political movement in the mid-2000s. PDRC was the Suthep Thuagsuban-led movement that engineered protracted street protests in 2013-2014.

One common thing he may share with the two groups, which played a part in bringing about the last two military coups, was perhaps the loathing of the former prime minister Thaksin Shinawatra, whom Somchai called a political opportunist.

"I happened to have more friends among the yellow shirts than the red shirts. But political alignments didn't undermine friendships. Even within my family, which is also politically active, we have different shades," said Somchai.

His brother was a core member of the PDRC from the business faction, while another sister was anti-PDRC.

After the crackdown on red shirt protesters in 2010, Somchai was appointed into the Truth and Reconciliation Committee (TRC), which was chaired by former attorney-general Kanit Na Nakorn. That put him in a controversial position again.

The red shirt sympathisers alleged that the TRC report belittling the brutal use of force against the anti-Abhisit administration portrayed their movement as violent.

"We believe the TRC report was thorough, laying down all necessary facts, especially in the case of the killings at Wat Pathum Wanaram [six unarmed people got killed on the last day of the protest] which eventually led to the court inquest and the judgement that the military had a hand in the incident," said Somchai.

But he conceded that the report's emphasis on the men-in-black presence during the April 10, 2010, fatal crackdown, where Col Romklao Thuvatham got killed and several other senior officers were injured, gave a negative impression to the red shirts.

"We had time constraints and not all probe requests were met, but key issues were all highlighted," defended Somchai.

He is also aware that some of the red shirts were the same people who rose up on Oct 6, 1976, and thus the cycle of Thai history has created a complex political consciousness and ideology.

Over the years, Somchai has continued to work for human rights, and trouble has never left him. In August, he and two other human rights activists were charged with criminal defamation due to their report on alleged torture in the far South.

But he wasn't too bothered.

What concerns him more now is how Thai society can bear the non-transparent and non-participatory system under the NCPO regime.

"We have to admit that Thailand doesn't have quality politicians just yet. But we hope the NCPO will restore rights and liberties to the people as soon as possible. This charter, though I disagree with it, has been voted for by the majority, so we wish the NCPO to quickly expedite the road map, instead of prolonging it," he said.

The problematic constitution could, however, create more trouble, if people's patience wears thin and the economy gets worse.

"Thai society has accumulated greater human rights and democracy aspirations. They don't want to see rulers linger in power for too long. The powers-that-be therefore should think twice before doing things. What we need in the next moves are building, not stumbling, blocks," said Somchai. 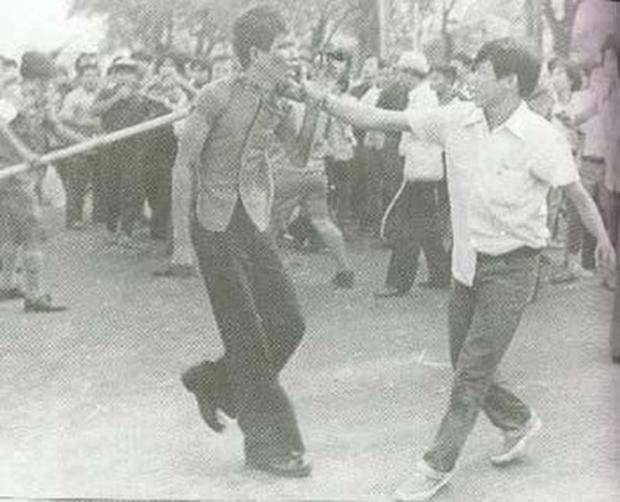 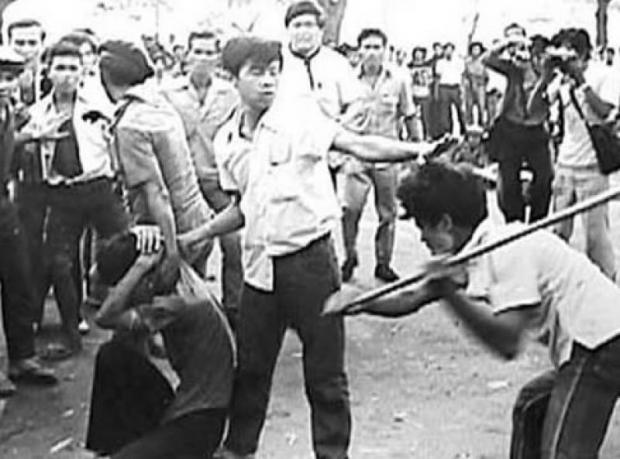