Though rare, 'orphan diseases' should be treated as a national healthcare agenda

Though these diseases are hardly ever heard of, they do exist. Their names are not made up. But sadly most people do not pay a lot of attention to them simply because they are rare.

"Rare diseases are in fact not a distant issue," said Dr Duangrurdee Wattanasirichaigoon, professor of paediatrics from the Division of Medical Genetics, Department of Paediatrics, Ramathibodi Hospital, Faculty of Medicine.

Rare diseases -- sometimes referred to as orphan diseases -- are medical conditions that affect a small population. According to Dr Duangrurdee, there are about 6,000 to 8,000 rare diseases globally. The prevalence ratio of each rare disease is 1:2,500.

Rare diseases can also affect every organ system and become chronic and even fatal. Only about 35% of patients suffering rare diseases have symptoms. And if left unattended, the patients might die before they even reach their sixth birthday.

"Patients falling prey to rare diseases account for approximately 6% of the entire population. This suggests that the prevalence rate of rare diseases altogether is equal to that of diabetes, which is actually not low," explained Dr Duangrurdee in an interview as part of a meeting on public-health policy to assist rare-disease patients organised last week at Asia Hotel. The event also marked the official launch of the Thai Rare Disease Foundation.

Around 80% of rare diseases are hereditary, meaning it can pass from one generation to the next. There are cases, however, that rare diseases do not exist in family history, but genes can mutate later and bring about sickness.

Signs and symptoms of rare diseases, the paediatrician added, include deteriorating or delayed physical and emotional development, abnormal chromosomes, changes in facial appearance, enlarged liver and spleen, easy bleeding, weakened muscles and innate disabilities. Patients might also come with lethargy, seizure, breathing difficulty, low blood sugar and increased ammonia and acid in blood. All these are likely to lead to death or permanent brain damage if left untreated.

During the past five years, added Dr Duangrurdee, drugs for rare diseases have increasingly been developed. Unfortunately, these medicines are mostly available in countries other than Thailand. When imported, they usually cost a fortune and are not covered by the country's universal healthcare scheme.

"Among the most important issues facing rare-disease patients are the lack of specialists, delayed diagnosis as well as the lack of medication and newborn screening. Social welfare benefits also do not cover these diseases," said the specialist. In Thailand, there are only 18 rare-disease medical experts, 17 of them in Bangkok.

To raise public awareness regarding orphan diseases, the Thai Rare Disease Foundation was eventually founded. While up to five support groups were established earlier to function as a centre of information and understanding for five rare diseases, the Thai Rare Disease Foundation serves as a larger umbrella providing support to family and patients.

"In Thailand, approximately 3.5 million people suffer rare diseases," said the president of the Thai Rare Disease Foundation, Preeya Singhnarula, whose child fell victim to Maple Syrup Urine Disease. "The number of patients suffering certain rare diseases is so little they cannot form a support group. Last year, we started to think that despite different diseases, we all need the same kind of help."

The Foundation was officially registered in September with the objective to seek assistance and concrete policies from the public sector to provide state-sponsored newborn screening as a means of fast diagnosis. The foundation also acts as a database and knowledge centre, advocating for public understanding about the illnesses as well as human-rights principles for medical care and treatments.

"We also collaborate with related agencies abroad to exchange information and experiences [among families whose children suffer rare diseases]," Preeya added. "We are also a centre for donation and help look for possible sources of the cure. In all, we are a network of people who have similar experiences."

Board member of the Thai Rare Disease Foundation Boon Putthipongthanachot added that the foundation also strives to make public sector understand the difficulties facing families with rare-disease patients, so they can lend a helping hand.

"The most painful problems here are delayed diagnosis, pricey screenings not covered by social-welfare programmes and the lack of specialists," admitted Boon, also president of the Genetic LSD Foundation and a father of an LSD patient. LSD, or lysosomal storage diseases, are a group of rare inherited metabolic disorders. "And for patients suffering rare diseases, delay might turn the situation from bad to worse. A treatable disease might become incurable if the diagnosis is not carried out fast enough. This is where the state should step in to take serious action."

Dr Duangrurdee said that even though rare diseases are not completely preventable, newborn screening for early diagnosis as well as prenuptial tests are some of the most effective preventions against the sickness.

"There are circumstances where couples do not know they are disease carriers and thus pass the gene to their kids," said the paediatrician. "In such cases, early detection for newborns is crucial so doctors can provide treatment in time. Newborn screening can therefore be considered cost-effective. Prenuptial screening is also vital, to determine if couples are disease carriers. Some countries have even set this up as a national healthcare policy."

"The government has spent a large amount of money on medical treatments," she concluded. "But if those treatments are ineffective and inappropriate, they will put patients at higher risk." 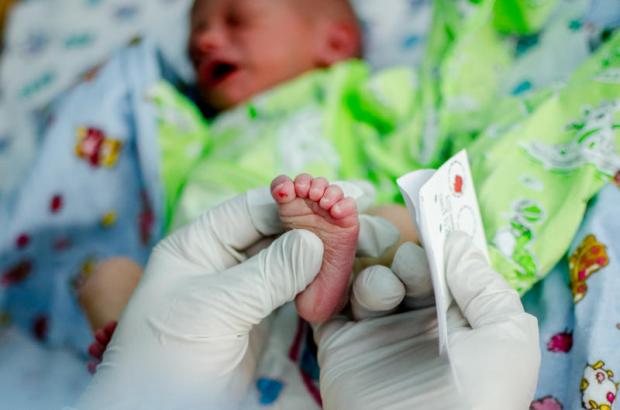