The upholder of religions

In keeping with tradition, the Crown Prince ordained as a monk on Nov 6, 1978 at the ordination hall of Wat Phra Sri Rattana Satsadaram, or the Temple of the Emerald Buddha, when he was aged 26. 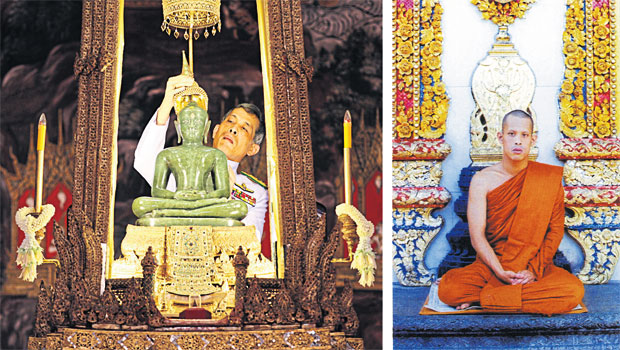 He was given the name "Vajiralongkornno" and went on to stay at Wat Bowonniwet Vihara for 15 days. The Crown Prince devoted himself to Buddhist studies and strictly followed Buddhist practices as a monk.

Before he entered the monkhood, he also attended several Buddhist activities. In 1963, he accompanied his father to a groundbreaking ceremony for construction of the ordination hall at Wat Vajiralongkorn Wararam in Nakhon Ratchasima's Pak Chong district.

The temple was built by Thip Niyomhet to offer to the Crown Prince, and named after him.

Over the years, the Crown Prince, on behalf of the late King Bhumibol, has also performed changes of the Emerald Buddha's seasonal attire at Wat Phra Si Rattana Satsadaram.

The Crown Prince has also taken part in religious activities outside Buddhism. He accompanied his father to several religious ceremonies. Among them was the opening ceremony of the Mawlid an-Nabi Celebration of Thailand, a festival to celebrate the birthday of the Islamic prophet Muhammad, in 1970. 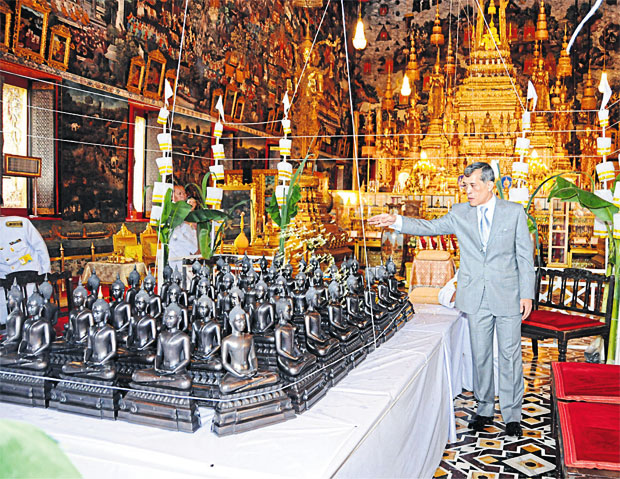