When the news broke late last year that TrueVisions -- the largest cable TV service provider in Thailand -- would be cutting off six film and television series channels from their line-up beginning this year, a swathe of the network's subscribers were left in doubt as to the necessity of actually owning a cable TV subscription. After all, with online platforms like Netflix, Iflix, YouTube and even Facebook giving us the ability to access our preferred media content at any place or time of our choosing, many consumers are now given more choices in how they can consume media content than ever before.

In Thailand, many content-creating businesses are also beginning to acknowledge the rising significance of the internet as a media platform, leading to the production of various online-first content, such as GTH (now knownf as GDH 559) and Line TV's collaborative projects Stay and Gasohug (2015 and 2016 respectively). Even long-time TV personality Sorrayuth Suthassanachinda -- who is currently on bail under charges of embezzlement -- recently took to Facebook Live to report on the severe floods currently plaguing the South, reaching hundreds of thousands of viewers online in just a short time. As consumers and advertisers continue to make their way online, content creators are also beginning to shift their focus towards the emerging platform.

To explore the extent of this shift in media audiences' attitudes, Life spoke to various experts about the current trends in media consumption, and how they can have an effect on content creators and TV channel providers in the future.

"These days, when my five- and seven-year-old sons want to watch a cartoon, they no longer ask me to turn the TV to Cartoon Network," says Thinakorn Thianprathum, country manager of Iflix, the Malaysian-based online-streaming platform provider that first became available in Thailand in 2015.

"Instead, they ask me for my iPad, so they can look for their own cartoons online. They don't even turn on the TV anymore."

Currently sporting over 1 million Thai subscribers since its launch, with an average concurrent user rate of 30% (over 300,000 online viewers), Iflix is currently one of the most popular online-streaming sites in Thailand. Other statistics given to Life by the platform provider suggest that users spend an average of at least 120-150 minutes each day, with TV series audiences spending more time online than their film-watching counterparts.

"Usually, we've noticed that subscribers who enjoy watching films will spend only the duration of the film on our site before logging off. Those who prefer TV shows, however, tend to fall prey to the 'one-more-episode' mindset and spend longer periods of time online per session."

According to Thinakorn, the majority of subscribers that make up Iflix's audience pool tend to be 25-30-years-old, most of whom are also city-dwelling, and middle to upper-middle class. In other words, as large as their subscriber numbers are, most of the platform's users are still largely isolated to young people who live in cities.

Alongkorn Klaiseekaew, editor of Filmax magazine, says that while a vast majority of the people in his circle today choose to consume most of their media online, many consumers in less affluent regions of the country still face a relatively steep price barrier in accessing online content, and many still cling to the misguided notion that "online streaming" refers specifically to free, pirated content. 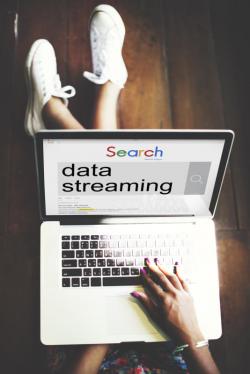 While it will still take a while for these misconceptions to pass, Alongkorn also stresses that it is only a matter of time before enough people turn towards legal, paid online streaming in favour of traditional TV. "Thai people today are simply not used to paying for content online, which has made it difficult for online content platforms to make a profit," says the editor, who also cites weak online copyright laws as another impediment to the growth of Thailand's online streaming market.

"In my opinion, copyrights are actually the main factor -- if copyright transactions can be resolved quickly and effectively, the platform providers can put the content online faster, which means the audience gets it faster too. And if the audience can get copyrighted, high-quality content quickly, that can negate one of the main reasons for pirating for a lot of people."

Thailand's difficulties in suppressing the rampant infringement of intellectual property within its borders have long been a well-documented fact, which has led to many foreign content providers showing reluctance in allowing their content onto Thai cyberspace, where it can be even more easily pirated. One Thai production company has been enjoying great success with their decision to publish their content online (some even exclusively), however.

GDH 559 (formerly known as GTH) has long been uploading their many TV shows online, beginning with their hit show Hormones in 2013, which was released for free on YouTube every week shortly after the episode aired on the company's GMM One satellite TV channel. Most recently, their new series titled I Hate You, I Love You has also been published on the Line TV platform.

"For us, the decision to release our episodes online as re-runs was done more for promotional purposes, in order to build excitement for our next weekly episode," says Vijjapat Kojiw, principle creative director at GDH 559.

"It was only later that we were approached by Line TV, who wanted us to create exclusive content for their platform, which eventually led to shows like Stay or Gasohug that appeared on online platforms first before making their way to our TV channel."

Vijjapat says that currently, content creators like GDH 559 and those like it must still rely on the support of sponsors in order to be able to afford putting their shows online first, which means that TV will still remain the more financially feasible choice from a business perspective. However, once creators figure out a way to directly monetise their online content from consumers, it will bring the platform to a whole new level.

"Currently, content creators and consumers alike already benefit from the rise of online content, as there is more room to explore a wider range of subjects and ideas that may not work on traditional media. The absence of a programme schedule also means that a piece of content can be as short or long as it has to be, which affords creators more freedom to craft exactly what they want."

The looser restrictions and ambiguous codes of etiquette when it comes to online-based content can also be a double-edged sword. Jessada Salathong, a reporter and lecturer at Chulalongkorn University's Faculty of Communication Arts, says that while the freedom afforded to creators could be a boon in the right hands, it can also be easily abused.

"In my opinion, this could be a very concerning development. Loose regulations could mean that morally questionable individuals may abuse platforms like Facebook Live to spread inappropriate or even harmful content, such as the broadcasting of a suicide," says the professor.

"People could do and say whatever they want live in front of thousands of viewers and no one could stop them. Even professionally produced shows could become overtly provocative or contain inflammatory language when there is no regulatory body to keep things in line. As online streaming continues to become more widespread, the government will have to look into ways to regulate this content soon."