An award-winning singer and high-flying bank executive, Sarun Kungbunpot proves you really can have it all

Sarun Kungbunpot's nickname "Note" may make it seem like his future as a successful singer was set in stone, but the winner of 14 medals and three winner plaques at the recent World Championship of Performing Arts (WCOPA) said it was merely coincidental.

"My parents actually named me Note because they wanted to keep the Ns going -- my parents are Na and Noi, and my big sister is Num. My sister also had a good friend called Note, so she asked our parents if her brother could have the same name. It had nothing to do with music-related inspirations or hopes."

Sarun is no stranger to success -- he's one of the youngest senior vice-presidents at Bank of Ayudhya, rising to the title of human resources senior vice-president at only 33 years old. Even though his work keeps him extremely busy, he makes time for his other passion -- singing. In fact, Sarun's first big break was when he won Siam Kolkarn's (now KPN) Best Junior Singer in 1991 as an eight-year-old, and returned to the same stage a full 10 years later to be dubbed KPN's Outstanding Singer in 2001.

Sarun got into singing for the first time when he was eight, and was submitted into the singing competition by his teacher just because he got good grades in school. With no professional training and no experience whatsoever, winning the title in a competition filled with well-trained little starlets said a lot about how natural he is at being a good singer. 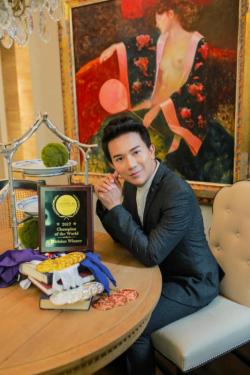 "When I sang to my parents at home before the competition, they thought I had no hope -- the pitch was off and I just couldn't seem to get it right. It was a big shock for them that I, a small kid from Nakorn Sawan with no experience and training, was the winner of a national competition."

"It was quite a challenge for me, especially because I fell sick when I first arrived in the US. As a singer, if your body is not in top form, your voice also suffers, so that was a big stress for me. On top of that, the songs I'd picked for the competition were all challenging -- A Piece Of Sky, Amazing Grace, Bridge Over Troubled Water and Kha Khue Khon Thai. Strangely, on the first day of the competition, I was right as rain," said the 34-year-old.

It had been no easy ride -- in one afternoon, he had to compete in 13 categories, which also meant changing outfits and running from place to place.

"No matter how well-prepared you are, 13 competitions in one afternoon is still a lot to take in. It's an afternoon I'll never forget. It was so intense!"

But a man of his calibre is certainly accustomed to stress and challenges. Before the competition, his other big challenge was being the voice actor for the character Lumiere in Walt Disney's Beauty And The Beast. Prior to that, he was also the singing voice of the villainous giant crab Tamatoa in Moana. All these stints happened while working full time at the bank, alongside being an occasional Royal Bangkok Symphony Orchestra vocalist.

While most people have to choose between their profession and their passion, Sarun excels in both, but not without a struggle.

"You can have the best of both worlds -- it's actually a good thing to do, because it keeps you motivated. I never turn my back on either of them. Of course, it's chaos, but a fun chaos at that. I have to put in more effort, but what I get in return is extremely rewarding -- to see people smile, to experience new things, to reach new heights. It's exhausting, yes, but it's worth it." 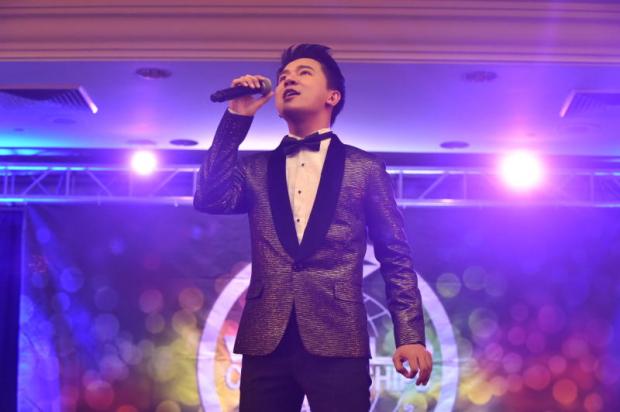 Despite having several accolades to his name, Sarun is not driven by ambition -- he is a firm believer in making every day count and appreciating baby steps.

"I'm proud of what I have achieved so far. The experiences have taught me so much, but I'm still the same person, with or without these awards. I'll just keep doing what I'm doing, but now that I'm more grown up, I want to do more for the world, and one of the things I am planning to do is to sing dhamma songs composed by 'Parn' Thanaporn Waekprayoon. The songs are beautiful and give good lessons in life. You don't have to be Buddhist to appreciate them -- these songs just make you understand life a bit more."

Looking back on the path as a singer, Sarun is amazed by how far he has come since that fateful competition in 1991.

"If I could meet myself when I was eight, I would probably ask me, 'Why are you so brave?'. That kid is fearless -- he sings at the top of his lungs, without a worry in the world. If I had to compete against my eight-year-old self, I'd surely lose. But I would also say to that kid that he's on the right path and to never lose his dream, because so many great things are waiting to happen."