All in the family
Life
Social & Lifestyle

Sitamon "Peach" Pholdee is adorned in huge, glittery musical notes that dangle from her ears and is wearing Sretsis and Saint Laurent silver boots -- thus confirming all the gab we've heard before that she is always excessively and fabulously dressed. That she must be in the spotlight as a consequence of being married to the nation's ultimate heartthrob, Jesdaporn "Tik" Pholdee, has absolutely nothing to do with it.

"I have always been conscious of appearance before I even met him," she laughs. "I'm still excessive and have been since I was a child. He didn't make me change and I am still the same. I know what I am and have always been true to myself. When you know yourself well enough, nobody can change you."

Before marrying the lakorn star eight years ago, Sitamon had worked as a fashion columnist and stylist for Sudsapda magazine while earning her master's degree in business management at Mahidol. Fashion is something that has long been in her daily life interests and extended into Q Concept Store, a design furniture shop she launched with her younger sister when Siam Paragon first opened.

"It just blends into my life because I appreciate beautiful things," she says. "I feel that fashion is in all your elements of daily life. I like to decorate my house too, so if you dress like this, how is it that you live? I had fun choosing products that have a design to them because things you use in your daily life don't have to be plain, they can have a beautiful design to it too." 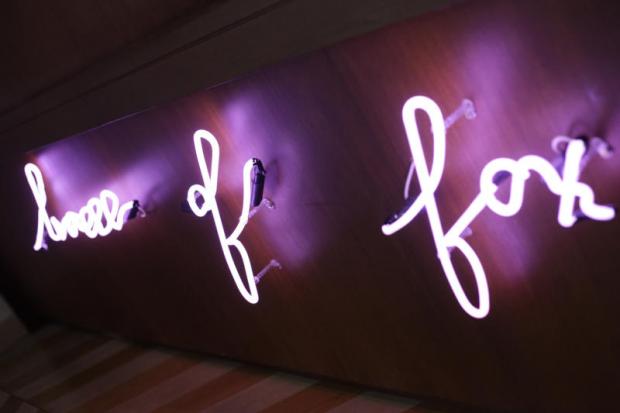 Her ornate taste extends to her office, which sports a wall filled with gold-framed pop-art pictures, a Louis sofa with blue unicorns and a showroom decked with prints of foxes and flowers. The fox and fluffy fur throws are a recurring aesthetic in many corners, mostly because it is the embodiment of Sitamon's children's clothing line, Little Fox.

For a brand that Sitamon describes as starting out "a bit of a muddle" and "just for fun", Little Fox is impressively professional, despite barely being two years old. The stylish and well-printed lookbooks on display (her family owns a whole network of printing presses, after all) date all the way to the boutique collection coming in 2018, while a Foxling mentions how there is also a system in place that sorts the top spenders into specific tiers, according to how much they splash. Despite selling online only, buyers from America, Japan and China have appreciated Little Fox's pieces filled with embroidery and cheeky details, with prices ranging from 800 to 10,000 baht. 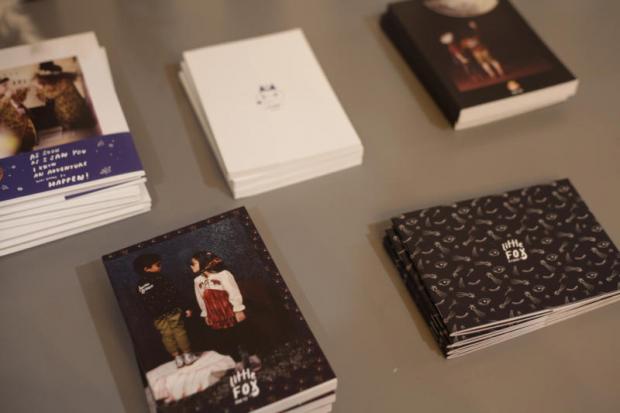 "The price is quite high because we don't produce a lot and it's quite detailed work," Sitamon explains. "There's only 30 pieces of each style, as opposed to wholesale-produced clothes where you have hundreds. It just happens to be like that -- how I like the designs to be. It can only turn out that way and if I have to change it to something else, it wouldn't feel like myself. I thought about it too if it would be easier if I made easier clothes, but I wondered if I would truly be happy with it."

As the managing director as well as the designer for the brand, Little Fox's higher positioning and popping designs was a result of her dissatisfaction in shopping for her three-year-old son, Tent, who also serves as the brand's prototype tester. 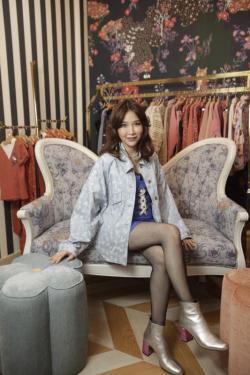 "My son wears everything and we test with him first whether the lengths are right, if he can run around or play in them." She adds with a laugh: "He has a big head too, so if he can fit through the tees, then all the other kids should be able to too."

"I felt that what was in the market was all similar for boys and wanted something more exciting," the soon-to-be mother of two children recounts. "If it was something design heavy, it would be all high-end, extremely expensive and not worth it. A lot of it is based on my own feelings, whether it's too expensive or not, because I'm a mum too and if I wouldn't buy it either, that usually means I have to cut down some details in the clothes so the cost can go down."

Pricey clothes for children may be a tough market to crack, but Sitamon is not jaded by its flighty nature.

"Even though these clothes won't be with your kid anymore after they've outgrown them, every single moment when your child is dressed up all cute counts," she says. "You can take pictures of it and that picture stays with you forever. If you ask parents these days about whose pictures fills up their phone, it's all going to be their kids. And if they're dressed up nice all the time, it's something you can always keep with you."

The four-month pregnant Sitamon admits to it herself, as she confesses to documenting her son all the time. How much of it goes onto social media however, is a completely different story.

"I post only one photo a day at most for Tik's fan club to be updated," she says. "They're very sweet and have always given good support but with social media, you have to be very careful when using it, because it really has no boundaries. I think a lot before I do each time and every picture goes through a lot of choosing to make sure there is nothing controversial, so no problems follow." 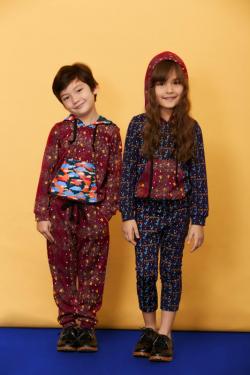 The Pholdee family are known to be more private than their celebrity counterparts, although that is partly because Tik up until last year had been using a non-smartphone. He still does not have any social media accounts, but has finally jumped on the smartphone train for the ease it offers his wife to send pictures of their son and when dealing with work.

"I even have to tell him that I'll treat him and for him to take certain jobs," she jokes. "I always back him to take the jobs because good opportunities and fun things don't always come often. He's still working the same but he tries to sort things out so it's easier to have family time."

More family jobs are trickling in as of late and the household recently found themselves as the faces of a shower gel. It's the first job they've taken as a family, but Sitamon stresses that all decisions made regarding job opportunities are still all mainly based on her son.

"I'm very concerned about whether Tent can take it or not," the mother says. "If he's OK with us all 'going to work together' then we do. The day we shot the advertisement went really well because he thought he was just playing in the shower. He didn't know he was actually working despite a lot of people everywhere and just had fun."

Being so young, her son is also still oblivious to how famous his father is, but the Little Fox founder intends to raise him just like any normal child.

"Things about his father haven't reached him yet, I think we'll just need to see how things go and to guide him to be strong whichever way things go."

The same goes with her clothing line, which she says may have to scale down even more, as she is also working on an application that helps mums search for places to hang out with their children. Tent may be the source of inspiration for all her work now, but Sitamon prioritises and prizes the fact that he is young only once. 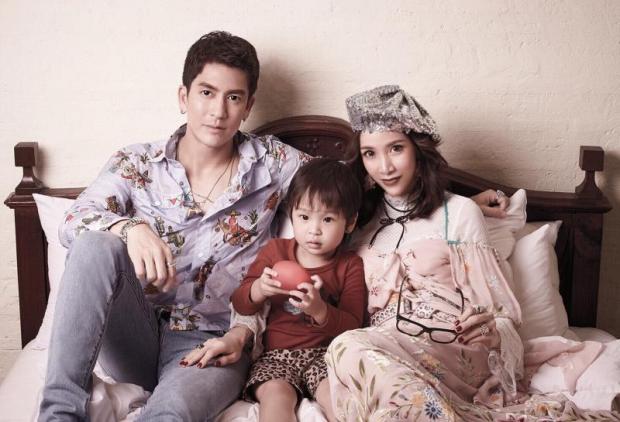 "We need to see for now and adapt as things go. I raise all my children myself so I need to decrease the scale of my work if it takes time from my son. I think it's automatic though for mums to feel that when you leave your house, it's just your body that's left. Your heart is still at home because you know someone is there waiting for you." 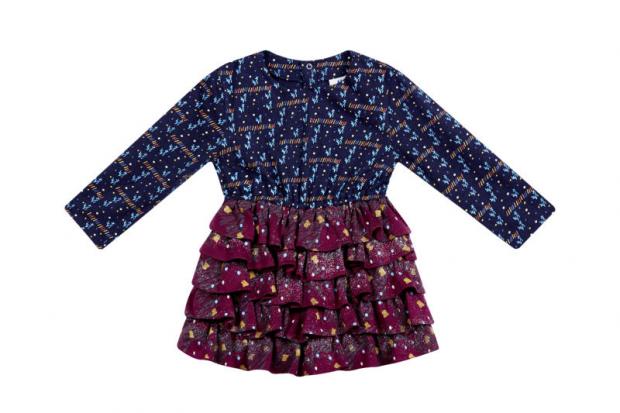 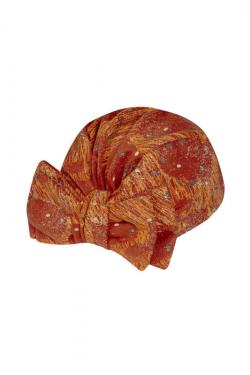