Ever had saccharine dreams of gumdrop covered walls and tables made out of chocolate? Such creations are not only limited to the pages of Roald Dahl's fiction, as we've come to witness with the works of one pastry chef from Singapore. She may not wear a top hat, but Janice Wong is very much the modern-day Willy Wonka whose chocolates and desserts can unlock the chambers of wonder and glee inside all of us. On the "little red dot" on the world map, she is practically dessert royalty, having opened 2am:dessertbar 10 years ago to serve the sort of mouth-watering confectioneries that are so beautifully-plated it is literally painful to stab your fork into it. Today, her fanciful sweets are not only limited to being served in boxes or plates, as they actually make up the environment visitors find themselves in.

This took place in CentralWorld earlier this month, when the 34-year-old flew in to create a chocolate wall for the Singapore Tourism Board's launch of their new campaign to depict the city as having passion and food too -- besides their sterile image of efficiency and security. Taking inspiration from the City in the Garden, a backdrop is painted with 15kg of chocolate before getting sprayed in red. On top are 800 sugar flowers which serve as the base under chocolate "blossoms", coming in the four flavours of gula melaka pandan, kopi (coffee) laksa leaf and kaffir lime caramel. Passers-by were welcomed to pick chocolates off the wall for a taste of Singapore. 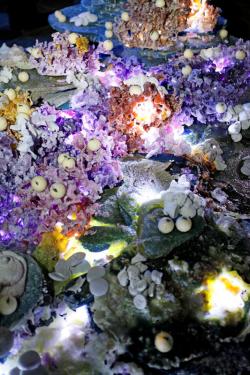 An installation of sugar corals with canapés at Marina Bay Sands.

"These are memorable experiences that people don't get everyday, so we are always creating new ideas and how we can actually translate that into a great food experience," says chef Wong. With around 50 exhibitions a year for clients ranging from fashion, beauty and cars to museums, the name she has made for herself not only links back to her groundbreaking flagship in Holland Village, but also for her stunning (and photogenic) edibles. It's been only five years that Wong has been fashioning edible installations, but the chef has become one of the most sought-after food artists globally, thanks to her rare ability to deliver this uncommon encounter.

"People always ask about the ants," she laughs. "But for a few years, I couldn't answer a lot of questions, like how long will it last? This is still very, very new, especially when you're creating art that has no reference. There's no book on it and there's nobody teaching it so we're really on our own and you have to experiment a lot. We have to keep testing conditions. We really need time and we work against time because art pieces like these may go bad after three days."

The idea that food could be the very base used to make art first came about in 2011 when Wong had the launch for her cookbook Perfection In Imperfection.

"I'm sure reporters go to so many events and they may be impersonal," she recalls. "What we've done is we wanted people to actually taste the book and what better way than to let them pluck off marshmallows from the ceiling and recipes off the wall? I completely transformed the art gallery and it was then that I knew I had such a great passion for art."

From then on, it's been endless commissions, none of which are the same. Sometimes they engulf a whole room ("Where when I open the door, I'll tease you with a scent first, before your eyes can see," she says), sometimes they let visitors paint chocolate on the walls themselves and sometimes, they transform a space into something else completely. This was the case for one of Wong's most memorable installations at Marina Bay Sands.

"We turned the entire sky park into an underwater world. We had thousands of sugar corals. It was dark and the lights were beautiful -- this was one of those experiences I wish we could replicate again and another museum did ask us to." 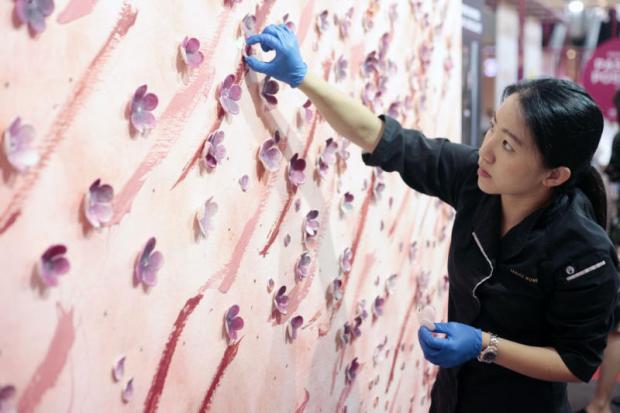 Janice Wong attaching sugar flowers onto the backdrop at CentralWorld.

Pleasing aesthetics mean taste may be secondary at times, but compromise has never been part of Wong's work process. Challenges of weather and logistics can prove to be a problem, but the petite chef's team is so used to adjusting and adapting in different countries that creating the most whimsical sugary dream is no ants in her pants. Such is the nature of her work when she is all over the place -- one day cooking up an installation for Art Basel in Miami and a wall for the Bally store in Ginza Tokyo on another.

It's been 10 years since the brand of Janice Wong has been gaining momentum, with the founder opening 2am:dessertbar a decade ago. Ironically, Wong studied economics in university, but ended up falling in love with food culture while on her exchange term in Melbourne. "Over there, I was just really exposed to farms and great produce," she says. "That's something we lack in Singapore because it's agriculture."

After university, it lead her to enrol at Le Cordon Bleu Paris where she graduated with a pastry diploma in 2006. Having learned from some of the world's best chefs, be it Spanish chocolatier Oriol Balaguer or French pastry chef Pierre Herme, it is no surprise that Wong herself is joining her predecessors in the spotlight with awards such as Asia's Best Pastry Chef from San Pellegrino Asia's 50 Best, or Pastry Chef of the Year by World Gourmet Summit. It explains the top-notch excellence and international feel that can be seen in her dazzling desserts, but she explains that Singapore has been the main drive that has shaped her success today. 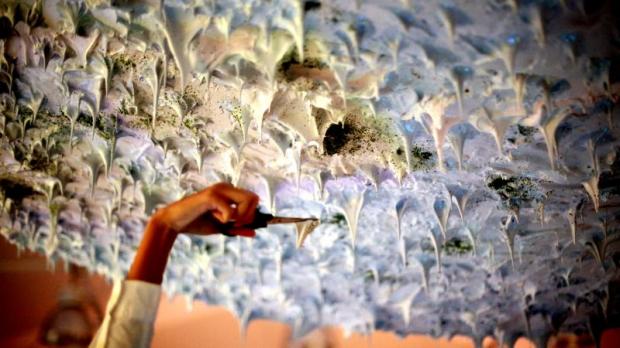 A waiter cuts off bergamot seaweed marshmallow from the ceiling.

"It's a country where you cannot sit on your laurels and you just cannot be comfortable. That's why it's helped me to become so international. The competitiveness of the country makes everybody hungry to be better. Even as a chef I have to stay competitive and it's really the nature of the country that has allowed me to be where I am today. We also don't have a very long history of food culture and in Singapore, you make stories and tell your own."

As her stories and popularity reach other shores in colourful fashion, be it in Tokyo or Hong Kong last year, a sweet-tooth can look forward to relishing a different facet of the Janice Wong experience at every outlet. Grab the chocolates, mojis and ice cream at the retail store in Singapore, while getting a taste of both sweet and savoury in Tokyo's Janice Wong Dessert Bar. At Cobo House in Hong Kong there's also lunch and dinner, but what's opening up at Macau's MGM Cotai this November sounds like what chocolate factory dreams are made of.

"It's in a 400-room hotel and there's an 8m chocolate fountain attached to it," says Wong. "I stood by it and it's non-stop flowing and I was like, tiny! I wanted it to be memories of your childhood so I put everything you ever imagined as a kid. As a kid in a candy store, you go in and your eyes are everywhere. You get all those cakes, tarts, eclairs, chocolates, mojis, ice creams, waffles, crepes and the list just goes on. It's going to be quite amazing." The chef reveals that Thailand is definitely on the cards, but for now, we'll just have to eagerly wait for her to bring her colourful baubles to Bangkok. And when it does, it's sure to be nothing short of a sensational affair that should awaken all of your senses. 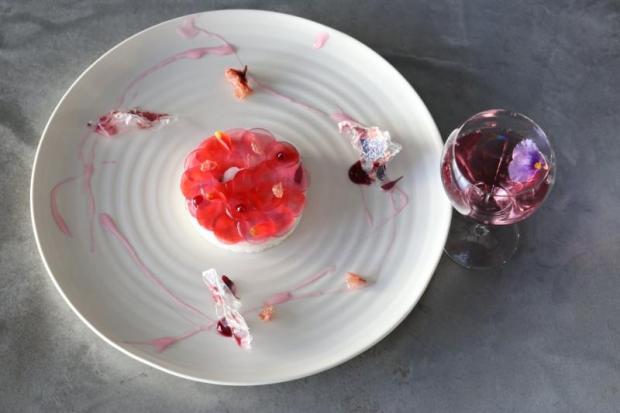 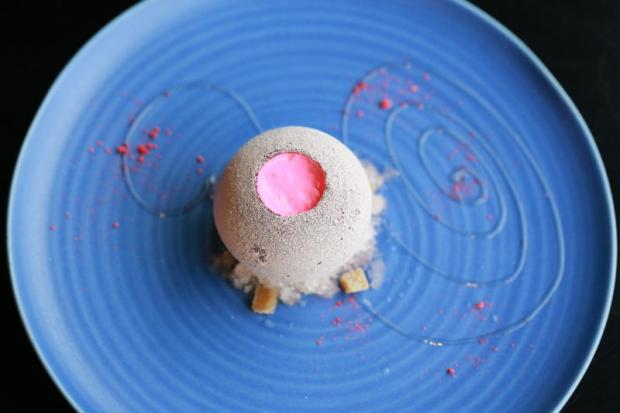 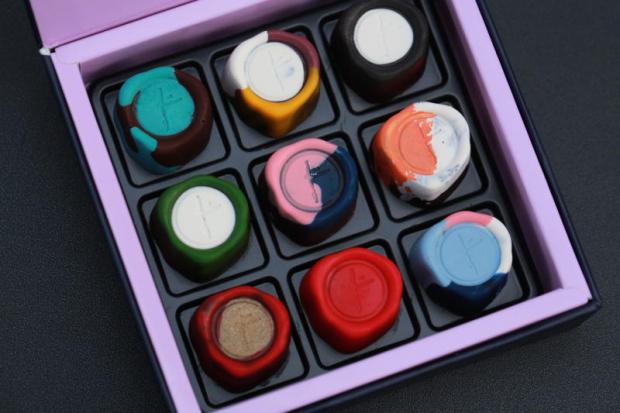 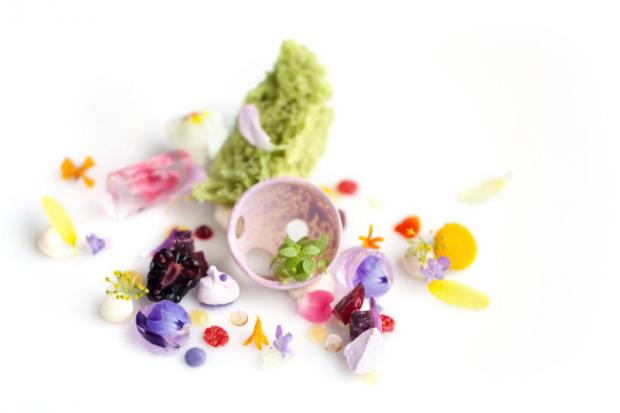 Never give up is the message