The art of loyalty

Dogs are man's best friend. And dogs are a king's best friends as well in Thailand. For almost 20 years, Khun Tongdaeng, the monarch's favourite pet dog, stayed beside King Bhumibol Adulyadej as friend and guard. Khun Tongdaeng died nearly a year before the king's passing on Oct 13 last year, but her love and loyalty is everlasting and is now reflected in her life-size sculpture, which has been placed at the royal crematorium at Sanam Luang.

The royal cremation is to be held on Oct 26. The sculpture is the work of Chin Prasong, who had created the bronze sculptures of Khun Tongdaeng, her friend Khun Tonglang, her dog-godmother Khun Mali and Khun Tongdaeng's nine offspring for the king during 2010-2016. After King Bhumibol's passing, Chin was asked by the Fine Arts Department to mould the fibreglass statues of Khun Tongdaeng and the king's second pet dog, Khun Jocho. The statue of Khun Tongdaeng is 86cm tall and placed on a 10cm-tall base. To reflect her sweet nature as a mother, an image of a jasmine flower -- the symbol of Thai Mothers' Day -- is impressed on her chest. The statue of Khun Jocho, a Boxer, with a smoking pipe in his mouth as depicted in old photos, is 96cm tall and also installed on a 10cm-tall base.

"I am proud to serve King Bhumibol another time. It is an honour and blessing for me. I always think of his kindness. I went speechless when I was assigned this task; it is the ultimate honour. 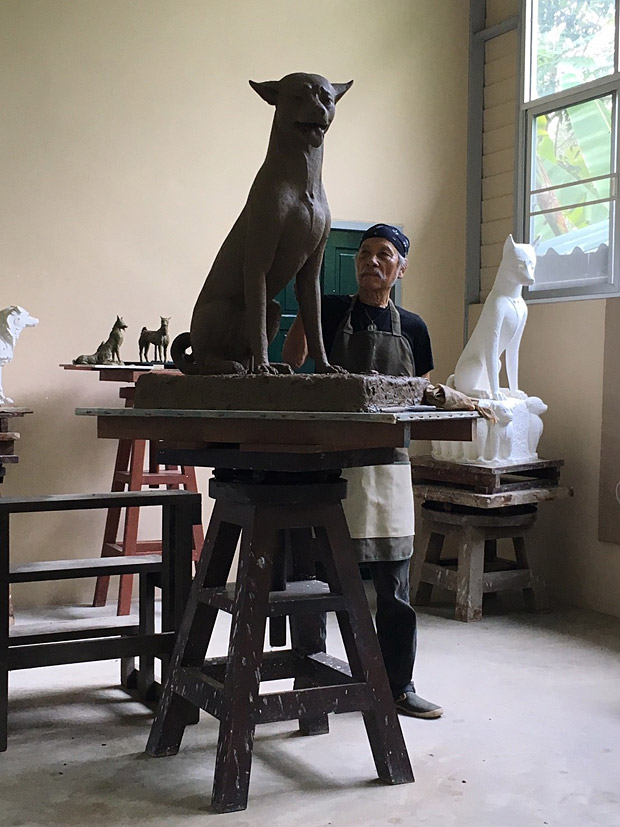 "I sculpted and kept adjusting what I did, over and over for so many times, but finally stopped when I felt the outcome was good enough," said the 75-year-old artist.

Tongdaeng, a female dog, was born a stray on Nov 7, 1998, in the Medical Development Clinic Alley, Rama IX. She was later adopted on Dec 13 the same year by King Bhumibol, who presided over the opening of the clinic.

The dog has a white semi-circle marking on her neck, a white dot resembling a sock on each of her feet, a white dot at the end of her curling tail and a white marking on her nose. King Bhumibol referred to breeding books and found Tongdaeng looked like the Basenji, a breed of hunting dogs who originated in Africa.

Tongdaeng was clever, well-mannered and loyal to the king until the last day of her life. She died at the age of 17 years, one month and nine days at Klai Kangwon Palace in Hua Hin district, Prachuap Khiri Khan, on Dec 26, 2015.

In 2002, King Bhumibol penned a book entitled The Story Of Tongdaeng, which became a best-seller. 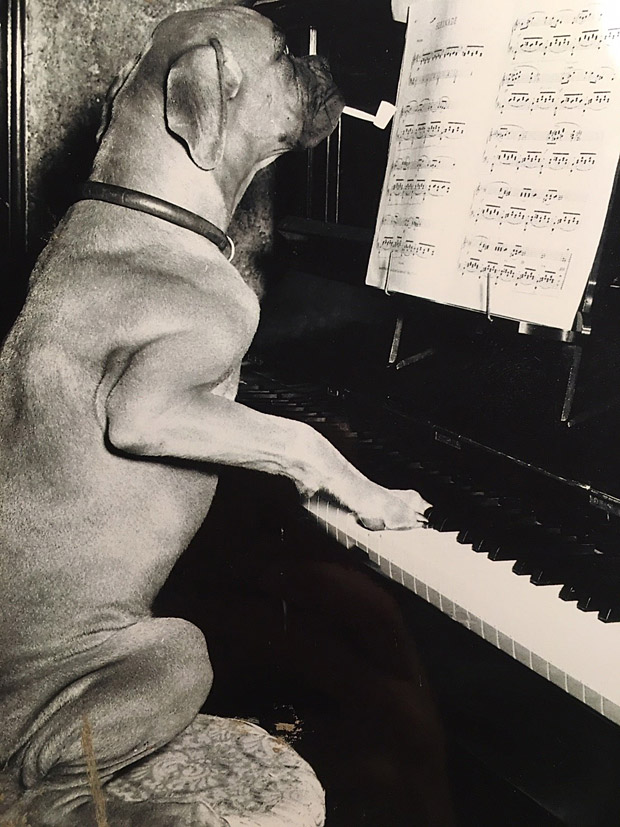 It took three months for Chin to complete the statue of Khun Tongdaeng and a month for the statue of Khun Jocho. He had proposed four styles -- standing, sitting, sitting and lifting two front feet and lying down -- and Her Royal Highness Princess Maha Chakri Sirindhorn chose the sitting pose.

Chin began by sketching pictures on paper. Then he moved on to making clay and plaster models. Later, a team of artisans, hired by the Fine Arts Department, handled final fibreglass moulding, while Chin's wife Suntharee and their son Pitchapong, both artists, painted the statues using oil colours. Chin then put the finishing touches.

Back to the time Chin moulded those statues, he learned a precious lesson. Chin is good at abstract art, but he tried hard to create the bronze statues of Khun Tonglang, Khun Mali, Khun Tongdaeng and her nine offspring in a realistic style. He submitted his work for King Bhumibol to check and the king provided suggestions three times. The king's third comment, "Making them realistic is difficult", made Chin realise what he should do. 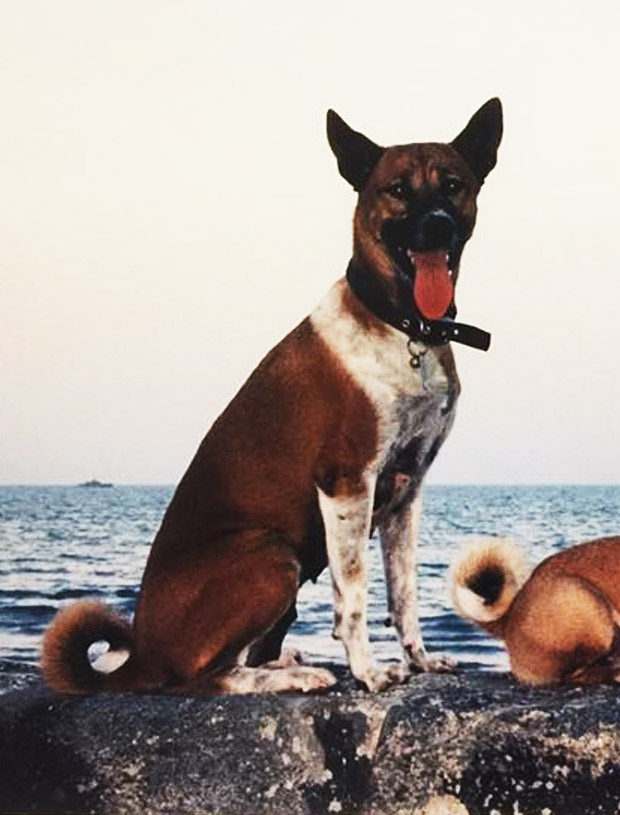 "King Bhumibol's comment was a piece of teaching. I interpreted his advice that I should work in my own style. The king's insight was that I tried too hard. I went into too many details making my art dull and lifeless," the artist noted gratefully.

After understanding the royal advice, Chin started to do his work in his own way with fun and the output satisfied the king. With his love and gratefulness for the king, the sculptor worked with all his heart and accepted no money for creating all the art pieces.

Chin, who studied at the Faculty of Painting, Sculpture and Graphic Arts, Silpakorn University, regards famed sculptor Amnat Phuangseri as his idol due to his modern, non-realistic and creative style, clear-cut forms and focus on muscles and cubism. He likes to sculpt dogs, horses and oxen.

"I received my degree certificate from King Bhumibol and became a government official and sculptor at the Office of Traditional Arts, the Fine Arts Department, from 1970-2002," Chin said. "I always remember the king's speech delivered at my graduation ceremony, telling us to make the best use of knowledge and abilities to work for the country. So, I follow his advice by working at my fullest capacity, making the prudent use of time at work and never giving up hope."

He regards King Bhumibol as a role model for doing a great deal for his subjects over 70 years. According to Chin, King Bhumibol always loved and was devoted to his people, and excelled at all fields of arts and sciences.

"I have long applied King Rama IX's teachings to art. I always follow his principles, 'understand, reach out, develop', by understanding what I do, doing my best and stopping working when I feel satisfied. We must know how to pause our emotions," he remarked.