It didn't come as a surprise when Sweden was announced in early October as the best among the European Union countries when it comes to gender equality. Based on the ranking from the 2017 EU Gender Equality Index, the country comes ahead of Denmark, Finland and the Netherlands. The lowest position in the list is Greece.

Obviously, Sweden has implemented a lot of policies and initiatives -- both from public and private sectors -- to make sure that men and women are equal. The Scandinavian country boasts itself as having the world's first feminist government. Sweden even has a minister for gender equality, committed to working on this particular human rights area.

The feminist government, according to Swedish Minister for Children, the Elderly and Gender Equality Asa Ragner, means a government whose policies lead to change and make a difference in feminism which, she said, is "a tool to reach gender equality". When all the ministers come up with their ideas for national changes, they must present clearly how those proposals could also improve gender equality. Otherwise those initiatives might not even be considered. Sweden even has an Equality Ombudsman. 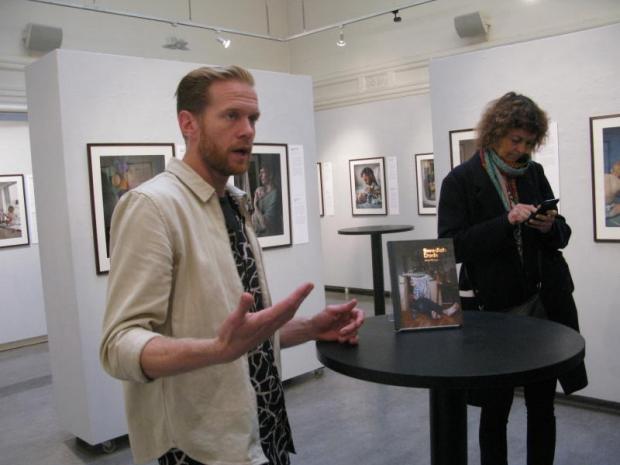 Swedish Dads consists of 45 photographs captured through the lenses of Swedish documentary photographer Johan Bavman. A father of two sons, Bavman came to realise the responsibility and burden of childcare and wishes to speak through his exhibit that when it comes to parenting, men should also be sharing the load.

"I am trying to capture situations among fathers where it is also about their unpaid work at home," Bavman said at his exhibition at Galleri Kontrast in Stockholm. "It's not only about childcare but also about understanding the hard work that a lot of women have been doing for decades. Parenting is a full-time job. It's something that women have always been taken for granted. It's something women have never been recognised for."

The exhibition -- a photo essay of sorts -- is a portrait of dads who choose to stay at home with their child for at least six months. It is designed to describe the background to Sweden's parental leave welfare and also to inspire other fathers not just in Sweden but also around the globe to be there with their little ones in the early days of infancy.

"The question of parental leave is a question for a better society in the future to have more gender equality," he added. "Kids would get the sense of having a present father. Fathers are a role model to the kids. Growing up from a boy to a man, there are a lot of questions going on. I want to be that dad that they could come to, seeking answers for those questions. And I want to express to them that it's OK to come to me even though they are afraid or terrified. Come to me instead of someone else."

According to the artist, the photos are also to break the commercialised images of beautiful, happy lives of fathers playing on the swings with kids and so forth.

"For me, being with my kids and fully responsible for them was something else. It's really hard work. So the exhibition exposes laughter and frustration combining into this piece of happiness in a way. That's something I want to tell the wider audience what impact it would mean for you, for your child and for your relationship if you stay at home and share the load to get better understanding for your wife."

Bavman's Swedish Dads has been touring 24 countries so far including Romania, Uganda, the United States, Vietnam, Germany, Switzerland and China.

"From Uganda to Indonesia, taking care of kids is the same no matter where you are. A lot of men and women can relate to the pictures emotionally when seeing them. Being a dad is a piece of the puzzle to make society better in the future." 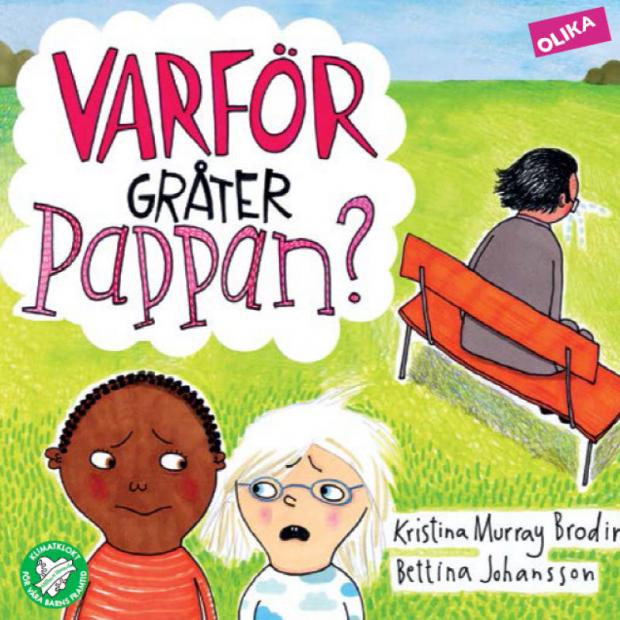 Swedish writer Astrid Lindgren, best-selling author of children's books like Pippi Longstocking, once said: "Good literature gives the child a place in the world, and the world a place in the child." To carry on the late author's legacy, Swedish publishing house Olika makes sure their publications are more than just books for kids.

"A really good book should open up a window," said Kristina Henkel of 10-year-old Olika. Olika in Swedish means different. "We are working for not just gender equality but also equality of religion, different cultures, family types, ways of expressing your love, feelings and all that."

So to ensure their books contain different backgrounds without discrimination of all sorts, Olika has a checklist called "norm bingo" to check if they include as many different characteristics in their works as possible. The checklist includes skin colour, friendship (not just boys and boys, girls and girls), families (not just one mom, one dad and kids), religion, disabilities, age, gender and social class.

"We have three or five of this in the background of the book," Henkel said, explaining how norm bingo works. "Every year we look at what we need to add in the book. Each book has to challenge some norms."

Among Olika's famous titles are Tesslas Mama Vill Inte! (Tessla's Mum Doesn't Want To) where a mother and kid switch roles and are portrayed differently from stereotypes. The book is so popular that they published the second version called Tesslas Pappa Vill Inte! (Tessla's Dad Doesn't Want To). Today Olika has over 80 titles under their wings. They also have books about disabilities, Down's syndrome, children in wheelchairs and those without arms and legs.

"Equality is often misunderstood. A lot of people think equality means everyone should be the same way and act the same way. Equality should actually be action-based. It should be about what a child can do and choose when they grow up and have impact on their own life and the society. It's hard to change but we can change it." 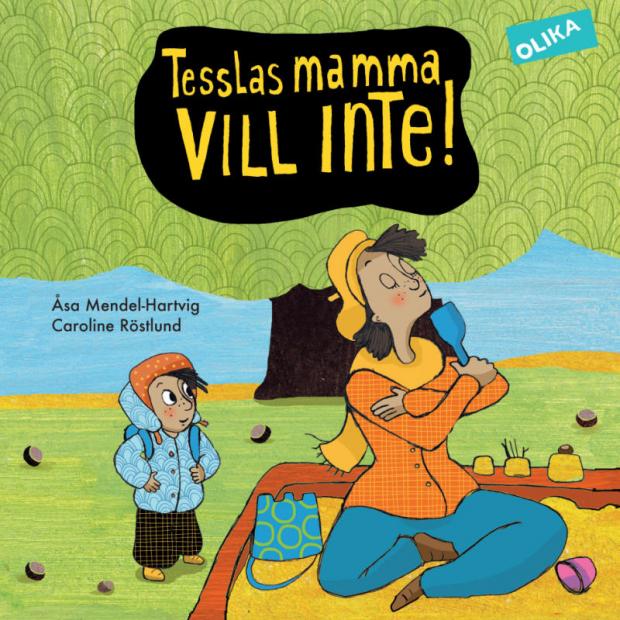 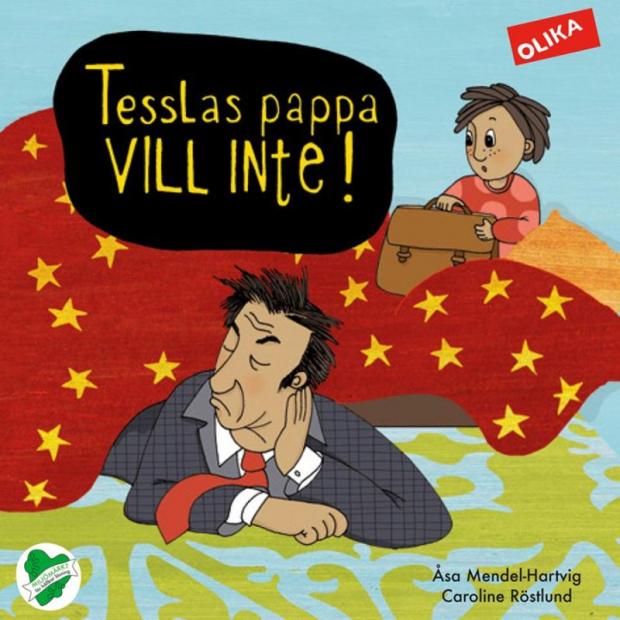 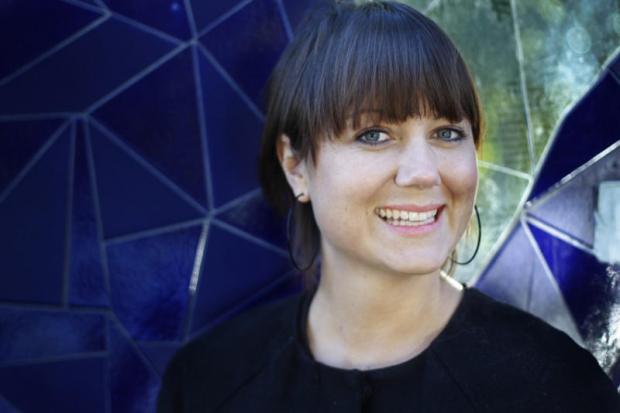 Can the film industry help the world to be more equal? That is the question Swedish cinema director Ellen Tejle has been asking throughout her career. 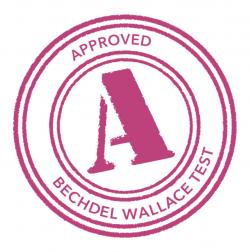 "We are judging men more positively than women so that's why maybe we are judging her harder than him," said Tejle, citing reported international figures in the film industry where 70% of speaking characters in films are male. According to Tejle, an average of 7% of the world's directors are women. In Sweden in particular, the percentage of female directors is better -- 28%. In Hollywood, it is 7%. Worse is in the United Kingdom where only 4.5% of film directors are women.

So to promote gender equality in films and to raise awareness regarding women's representation in movies, Tejle has adopted the Bechdel-Wallace test which was invented in 1985 by cartoonist Alison Bechdel. For a movie to pass the test, they have to answer three questions: Are there two female characters with names? Do they talk to each other? And about something other than men? Three yes answers mean the film is not sexist.

To many people's surprise, blockbusters like The Lord Of The Rings, The Jungle Book, The Hobbit, most Harry Potter films and Avatar do not pass the test.

"It's not about being good or bad films," said Tejle, also a board member of Women in the Film and Television Sweden. "They are not bad films. They are good films. Many of them are very good. It's more about the structure problems of all these mainstream films. We have films that are also passing. But for mainstream films, most of them do not pass."

To make people aware of women's representation in films, movies that pass the test will have the A-rated stamp on the posters and before the film is screened in cinemas. While the campaign has somehow started off as a joke, the A-rated vignette aims to give simple consumer information that does not say negative things about the film. It hopes to bring some more changes in the film industry to be more equal. So far the A-Rating is implemented in 10 countries including Brazil, China, Italy, France, the United Kingdom, Canada, the United States, Australia, Romania, Albania, Turkey, Iceland, and at 30 cinemas in Sweden.