Visiting historical museums and official cultural websites in Thailand was boring in the past, but not anymore. In accordance with the government's Thailand 4.0 policy, the Ministry of Culture has upgraded art and cultural learning sources, with Culture Minister Veera Rojpojchanarat announcing the change last month.

The Smart Museum System is an app for the National Museum Bangkok and is iOS and Android compatible. The system reads QR codes and Augmented Reality Code (AR code) for photographs and videos of the museum, its exhibitions and displayed objects. The AR code uses 3D technology to present 3D models of Phutthai Sawan, Sivamokphiman and Issaretratchanusorn halls, royal mansions and all ancient artefacts at 360 degrees. The Phra Nakhon Khiri National Museum in Phetchaburi province is the first national museum in Thailand to fully apply a guide application and an AR code guidance system under the 2.4 million baht pilot project.

The Virtual Museum System gathers and presents information on all national museums, their displayed ancient artefacts and art objects via a website. It offers virtual tours of all museums and 3D images of major artefacts at 360 degrees and enables viewer interaction.

The Fine Arts Department's digital archive includes more than 2,400 e-books and 500 videos from the department's original versions, as well as old photos of major incidents, such as the 25th anniversary of King Rama V's coronation and the royal visits and work of King Rama VII from 1927 to 1930.

The national archives searching system allows users to look at more than 40,000 old documents, photos, videos, maps and plans and request copies from the National Archives of Thailand via an online system. Visit archives.nat.go.th.

The National Archives of Thailand is responsible for collecting and keeping public and other historical records, giving knowledge and advice to all government agencies on how to manage documents and records, and providing a public service for studies and research.

Ramakien Game, created by Dhurakij Pundit University, consists of computerised games presenting the epic Ramakien in modern, simple and easy-to-understand forms. Monkey Run is a puzzle game for children between the ages of six and 12, and The Road To Longa is an action 3D game for those between the ages of 12 and 24.

The digital push is in response to demands for information on art and culture and to raise public awareness of national heritage and Thainess in different aspects, leading to sustainable cultural and social development. 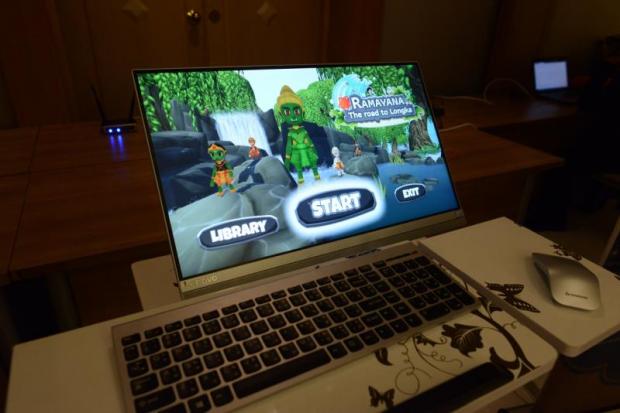