Surrounded on both sides by rivers and flat rice fields, a solitary strip of road off Bang-Khun Tien marked a very special occasion for one little green parrot, who would take his very first flight. Timidly stepping out of its cage, the little parrot -- a hunt macaw named Shogun -- hesitantly looked around for his owner. It found him, fluttering awkwardly up to perch on his waiting hand.

"Are we all ready?" asked Somchai Tirachot, president of the Free-Flying Club Thailand, to his waiting club members, his beautiful blue-and-gold macaw -- Meka (translated as "cloud") -- eagerly spreading its wings in anticipation. Each member of the club gave the affirmative, their own birds perched on shoulders, heads, arms and hands, already excitedly chirping at the opportunity to be set free. At a word from Somchai, the flock took to the air in a symphonic flutter of wings, taking with them the shy little first-timer as they raced towards the open horizon.

"There he is! There's the new one!," said a little girl, a young member of the club, pointing after Shogun as it tried its best to keep up with the rest of the more-experienced flock, much to the amusement of the rest of the group. After a few moments of flight, several whistles were sounded by the group, causing the flock to swoop back around, landing awkwardly on the outstretched limbs of their owners.

Affectionately stroking the feathers of Meka, casually perched on his arm, Somchai said with a smile: "They're always the most beautiful when they're flying through the air."

A group of like-minded individuals who take pleasure in training and releasing their avian pets to fly free, the Free-Flying Club Thailand was established by Somchai -- who also serves as president -- a little over a year ago. The group currently has about 50 members, with about a dozen or so regularly showing up to the group's weekly meetings to "fly their birds", as they put it.

"I remember watching some Japanese cartoon as a child, and one of the characters had this falcon with him that he could just order around and talk to," reminisced the club president.

"I thought that was the coolest thing ever, and ever since I was a child I wanted a pet bird just like in the cartoon. However, having a pet bird in the real world meant keeping it locked in a cage lest it fly away, and I didn't want to do that to an animal."

Somchai would only come to learn of the "free-flying" technique as an adult, back in 2011, when the method began to gain traction online. Amazed by the technique, he knew right away that this was what he always wanted.

"There were these guys online who uploaded videos of them performing tricks with their birds, who seemed to understand what their owners were saying. It was amazing. The birds were pets with genuine bonds with their owners, like cats and dogs. They could be pet and stroked and played with. I knew right away I wanted to try it out."

But while the free-flying method of raising a bird can be rewarding, it isn't without its costs. A roughly six-month-long process, starting from when the bird is a little hatching no more than a month old, owners of free-flying birds must virtually replace the bird's parents, constantly feeding, training and keeping them warm.

"Not only do you need to find special bird food, you also need to have a warming station for the baby bird. These two roles are usually filled by the parents, who spit-feed the baby and nestle it for warmth. This can actually be quite costly and time-consuming, but it is important as the bird will then imprint on you and remember to come back to you when it is hungry. You forge that bond with the bird early, so it becomes easier to train later for other tasks, like remembering its own name or responding to calls."

Once a young bird is old enough to fly, it is then trained to respond to calls, usually to that of a whistle. It is also taught to recognise a body gesture that means its time to land, which in Somchai's club means standing straight with one outstretched arm, like offering the bird a perch.

"How long it takes before a bird is ready to be flown can vary, but once a bird learns to respond to whistle calls, then it can be flown in a flock with the other birds in the club. These birds will naturally imitate the 'alpha' of the flock when it comes to direction or when and where to land, so the more experienced birds can help the new ones learn."

For those looking to get into the hobby of free-flying birds, Somchai suggests going to Chatuchak market, or looking through various trading groups on social media. Most free-fliers will prefer to train foreign parrots, such as various types of macaw, which can cost anywhere from a few thousand baht to a million, depending on rarity and colour. Meka, Somchai's blue-and-gold macaw, is considered among the cheapest types of macaw its size, and cost 60,000 baht when he first bought it as a baby.

"My group generally only owns foreign parrots like macaws. While parrots native to Thailand exist, and are just as easily trained as foreign ones, to create a demand or popularity for them would risk their capture and sale en masse, and we don't want that. Foreign birds sold in Thailand are almost entirely captive-bred from birth, and as such are viable for trade according to various international agreements. In fact, foreign birds like these are almost not found in nature anymore. Most of them are bred in farms or zoos, which means trading them has little effect on their natural population."

However, the ownership and trading of these birds currently exists in a grey area in Thailand. According to Somchai, the Convention on International Trade in Endangered Species of Wild Fauna and Flora (CITES) categorises various organisms into three categories, with varying degrees of protection based on how endangered they are. Macaws like the ones owned by Somchai and his friends fall into CITES categories two and three, which means they are viable for trading as long as it is certified that they are not born in nature, as is the case for most foreign birds in Thailand.

Currently, Thailand only has laws that prohibit the ownership of category one, or the most endangered species of animals, while category two and three animals like these birds aren't really covered by the law. That hasn't stopped the widespread trading and breeding of these birds in Thailand, with multiple public competitions and events being held regularly, one in particular -- organised by the Suanpalm Farmnok zoo in Chachoengsao province -- even sporting a royally-sponsored trophy for first prize.

Due to the similar climate between Thailand and the macaw's native South America, Somchai believes that Thailand is the ideal location to breed these exotic birds, and can possibly even become a hub for exporting these birds to other countries in the region, creating an industry that -- quite frankly -- is already quite prosperous, if only unofficial.

"In future, the laws surrounding ownership of these exotic birds could become more severe, as a new bill is making its way through the NLA right now. Many clubs and organisations like mine are banding together to discuss with government agencies to determine a way to officially legalise and regulate these birds, as I truly believe Thailand can benefit from it." 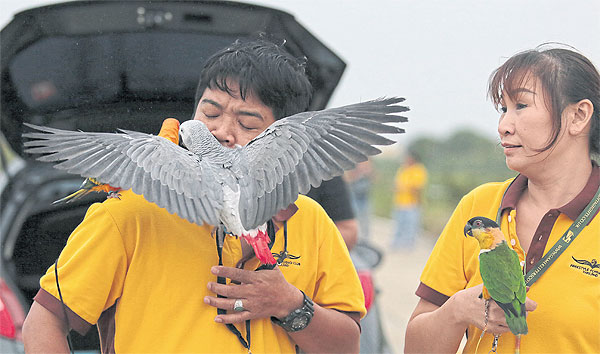 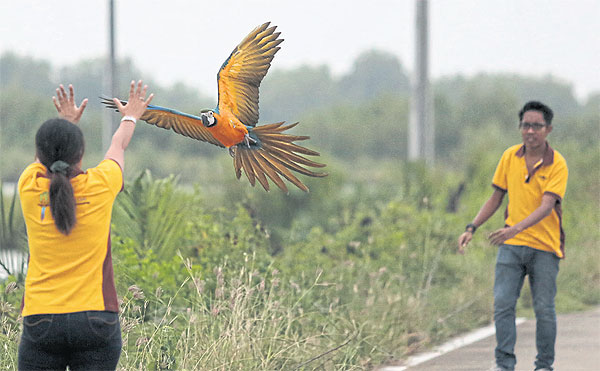 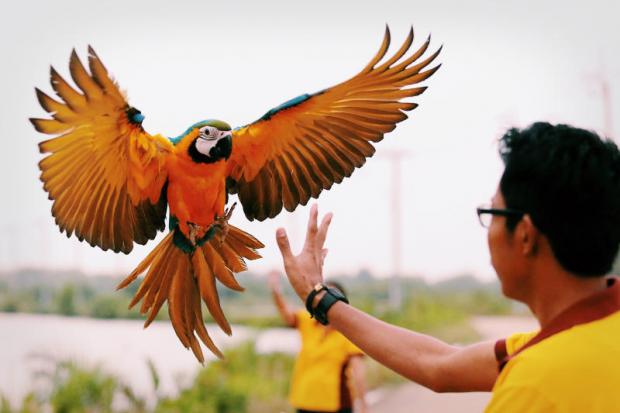 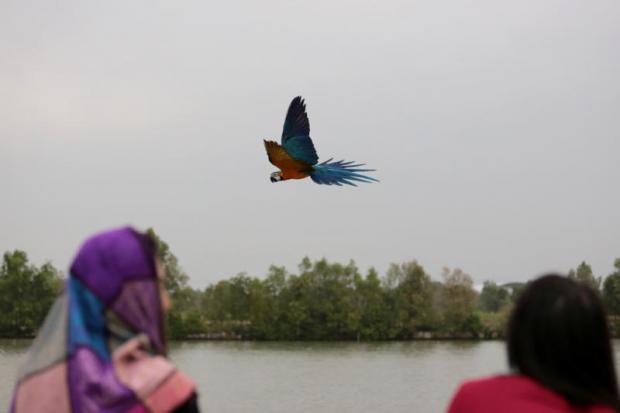