In the heart of the city
Life
Social & Lifestyle

In the heart of the city

The countdown for the first Bangkok Art Biennale 2018 has begun

It's often said that the success of an art biennale, which, by definition, makes selections and therefore excludes, can also be found in the success of the "off", which utilises and gathers the energy of those not selected. Last Friday Apinan Poshyananda, chief executive and artistic director of the Bangkok Art Biennale (BAB 2018), announced the first 15 artists -- of more than 70 planned -- who will participate in the citywide show, whose venues include historic temples and modern galleries.

Slated for October next year, the one name that has excited many is Marina Abramovic, the world-famous Yugoslavia-born experimenter, who will make her first appearance in Bangkok.

More about the artists and the event will be discussed in the coming months. For now, Life speaks with Apinan about the game-changing event.

How are the artists chosen? What is the message you would like to deliver?

We met many artists and challenged them on the theme of the biennale, which is 'Beyond Bliss'. 'Beyond Bliss' allows the artists plenty of room for creativity. At the same time, we outline the paths in order to have a consistent whole. 'Beyond Bliss' reflects the image of today's increasingly complex and confusing world. For some this appears in the multiplication of tension and disasters. Others though interpretive bliss as positive consequences such as refuge and empathy. All interpretations are possible. That's exactly what we're expecting: to see how the artists will embark on multiple paths, how they will interpret the theme 'Beyond Bliss' and how they will take it on board with their own sensitivity. This was our first criteria. 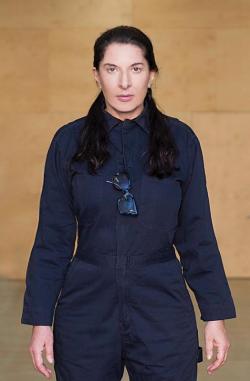 Then we discussed at length with curators about the artists and how their theories work. We wish many artists to work site specifically and together with the local community. We looked for a mix and balance between established and emerging artists, from Thailand, from Asia and from the rest of the world. For instance, there are two collective groups, from Russia and Vietnam. We selected a few young artists like the ones from France and Thailand. Last but not least, the Marina Abramovic Institute (MAI) will train young Thai artists and involve the public and community.

The deadline for nominations for artists' participation in BAB 2018 was Sept 30. How has the response been?

Our initiative has been quite successful. We received 246 applications from around the world. From Mongolia, Bangladesh and Iran to Germany and the US. We are carefully studying each application to see how best they fit the theme.

The Bangkok Art Biennale has met a great international echo. This is reflected in the support of foreign embassies and their cultural institutions in Bangkok. The ambassador of Japan has pledged important support, particularly through the Japan Foundation. The Italian, Russian and Turkish ambassadors are very pleased that we will host this contemporary art event. Australia, as part of its Asian policy, will also contribute and support. Of course France, with the Institut Français de Paris and the Alliance Française de Bangkok, like Germany with the Goethe Institut, will be involved.

The enthusiastic response around the world is beyond expectations. It has been a long time since people asked me why Bangkok has not hosted a biennale? Apart from the growing art scene, all the ingredients make for a great biennale: a very dynamic and modern city, fantastic heritage buildings and monuments, millions of visitors annually, a very good food and beverage industry and great hotels.

Why the decision to choose three temples and several historical buildings as venues?

The three temples are among the most remarkable and most visited monuments in Bangkok: Wat Arun, Wat Pho and Wat Prayoon.

In addition to their beauty and history, these places have the particularity of still being places of worship and wisdom. Thousands of people go there daily. They must be respected, just as we must respect the monuments that are centuries old. Therefore, we are carefully working with artists at these sites. My intention is that there will be a 'no clash but blend'. However, my purpose is not to stifle artists of their creativity. These temples represent many things: wisdom, the first university in Siam, astrology, cosmogony, medicine and cultural exchange.

For example, think about the architecture and the rules of their construction with references to Mount Meru, Hinduism and Brahmanism. As well as the Chinese influence through trade. At these temples, we also find small satellite temples, chedis and salas, with small gardens. The idea is to add a contemporary layer and a new interpretation. We expect the artists to internalise the entire set of these aspects and integrate them into these monuments with subtlety.

In addition to these extraordinary temples, there will be a spectacular exhibition venue available -- the East Asiatic Company, next to the Mandarin Oriental Hotel. The East Asiatic Company is one of the most remarkable examples of European-influenced architecture in Bangkok. Although it was built for a Danish trade company in the late 19th century, it is the product of a magnificent neo-Venetian style. A few of its rooms will be made available to the Bangkok Art Biennale.

The Bangkok Art and Culture Centre is the main venue that connects via skywalk to Siam Discovery, Siam Paragon, CentralWorld, Central Embassy, EmQuartier and One Bangkok. In addition other venues were recently added: Jam Factory, ChangChui Creative Hub and Theatre of Indulgence.

How will the local art scene, especially the galleries, contribute to the biennale?

The involvement of the galleries is a major aspect of this biennale. We will help local infrastructure, which deserves it. I know how difficult it is to keep a gallery alive in Bangkok, even though their current numbers, which are strongly growing, show the dynamism of the sector.

One of the reasons why there has never been a large-scale event connected with contemporary art in Thailand is due to the difficulties galleries face in joining together and working together. I hope that the Bangkok Art Biennale will allow them to come closer together, since it will be in everyone's interest. Ideally, we should be able to organise simultaneous exhibitions during the Bangkok Art Biennale or a few shared itineraries like gallery crawls in many neighbourhoods.

In addition, the programme will go beyond contemporary art, with side events in fashion, gastronomy, set design and film. Why not envision a festival of documentaries about art and artists? My wish is that we'll manage to create four months of abundant cultural activities, focusing on the art of living. Everything will be done keeping in mind the energy of Bangkok, it's locals and tourists. 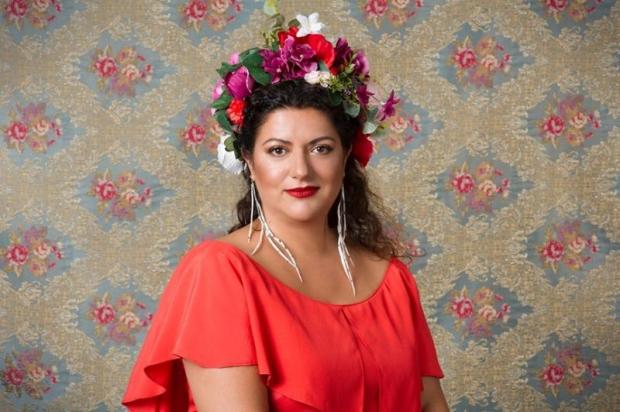 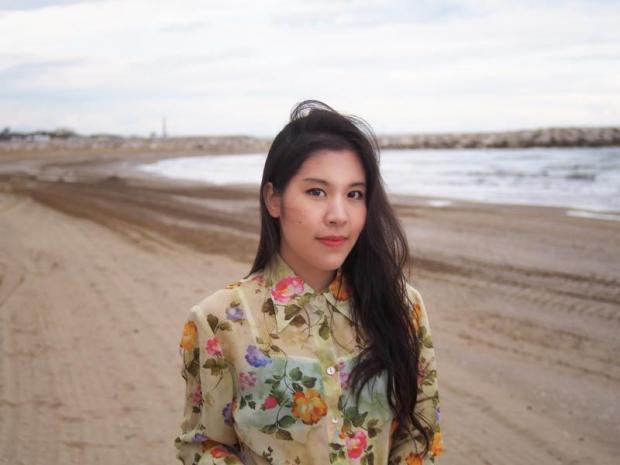 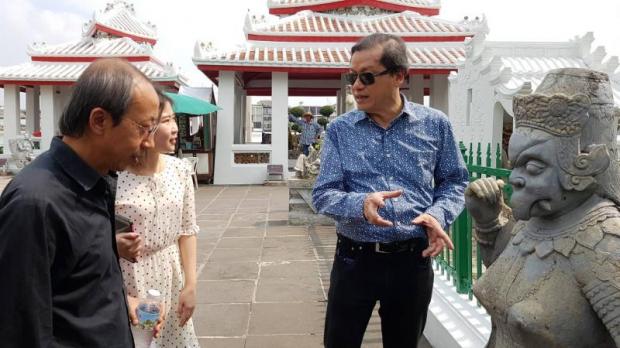 Apinan Poshyananda, right, during an inspection at Wat Pho, one of the main venues of the Bangkok Art Biennale 2018.