Philanthropy at its finest

When Thailand was wrecked by months of heavy flooding in 2011, over 13 million people were affected. More than 2,300 households were completely destroyed, almost 100,000 homes partly damaged. The deluge killed around 650 people.

Realising the gravity of flood-related risks not just in Thailand but also in many other Asian countries, the American-born Rockefeller Foundation has since been committed to helping Thailand -- and the Bangkok Metropolitan Administration in particular -- prevent a repeat of the catastrophic consequences they saw in 2011. And now that the foundation has its new president Dr Rajiv Shah, who recently paid his first official visit here, the partnership between the foundation and Thailand, which celebrates its 103rd anniversary this year, will work to ensure to protect the poor and vulnerable.

"Our biggest project in Thailand is helping Bangkok with the flood-risk programme and health-related partnerships. It is true that throughout Asia there are increasing challenges from changes in our climate. Flood risks alone in the next 25 years could cost Asian cities a total of US$500 billion and that's a half-trillion-dollar loss that we can prevent and avert," said Dr Shah, 45.

With his past experiences working as chief scientist and undersecretary for research, education and economics at the US Department of Agriculture and the administrator of the US development humanitarian agency USAID for former US president Barack Obama, Dr Shah has served as the new president of the 105-year-old Rockefeller Foundation since last April. Looking to impact public health on a larger scale, after finishing medical school, Dr Shah joined former US vice-president Al Gore's failed presidential campaign in 1991. He believed if he could win the election and bring universal health coverage to America, he would do more to improve the health of his fellow Americans than his practising alone.

"We didn't quite win that election … but I was inspired by the opportunity to use medical training to help impact as many lives as possible," he said.

With over 100 years of legacy and efforts uplifting the living standard of millions of people all around the world, the Rockefeller Foundation has followed the concept of its founder American industrialist and philanthropist John D. Rockefeller -- that is to invest in science and science-driven philanthropy. Although the foundation is now lending a hand here in Thailand to prevent flood risks, the friendship didn't actually start off as an environmental effort but began during the reign of King Rama VI when the foundation sent its physician to help Thailand, then Siam, eradicate a serious hookworm infestation. After that, the foundation has continuously provided the country with assistance to promote the health and well-being of all Thais.

Medical training for doctors and nurses using science-based curriculum at Siriraj Hospital is one profound example, said Dr Shah, of the foundation's commitment to modern science and to its desire to address diseases like yellow fever, malaria and dengue fever, which still exist throughout Southeast Asia. To the new president, the collaboration between Thailand and Rockefeller has been extraordinary. 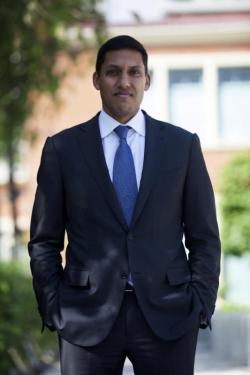 "It's very special to have a partnership that lasts more than a century and delivered such an incredible outcome," he said.

"When philanthropy is at its best, it's building institutions like Siriraj Hospital and investing in people like the hundreds or thousands of fellows that have been trained here as 'Rocky Docs', which are Rockefeller-supported doctoral candidates. And that was people and institutions that go on in the future to do amazing things."

Fast-forward to 2018, Dr Shah said that the foundation's focus is still on the health of Thai people but at the same time also expands to ending extreme poverty as well as addressing food, power and in particular child health. In the era of newer technology, the foundation aims to utilise and apply technological elements to its long-standing mission to achieve more efficient outcomes.

"Today when we look at the power of mobile technology and digital information technology, the amount of data that is collected is extraordinary compared to the information we had before. So our ability to use community-driven data collection and modern data analytics to pinpoint and predict where diseases are likely to cause morbidity or mortality will be information we can develop and leverage to help our partners around the world do better jobs."

While Thailand has declared war against many social and healthcare conundrums, Dr Shah is of the opinion that among the most significant issues that need to be solved most urgently here is child mortality.

"Siriraj Hospital was founded by a king [King Rama V] who lost his 18-month-old son to cholera and dysentery. To me, it's still striking that there are 6 million children around the world who die under the age of five because of those simple diseases and 41% of those child deaths are still in Asia. Thailand can be part of the global movement to once and for all end child death and use science and technology to develop better vaccines and treatments for children with diarrhoea, better treatments for children with pneumonia and support for women giving birth in high-risk settings. It's achievable to imagine the world where within 10-15 years there is no longer children dying from simple diseases."

Thailand has long been facing political instability and governmental shifts. When asked if these could be a barrier to the country's full development, Dr Shah said: "Stable and inclusive governance is always a critical element to achieving these outcomes. And it's true today that in countries that do not have a stable and inclusive governance or have high degree of corruption, human development outcomes would be very poor."

Dr Shah also has underlined a widening gap of inequality that has widened across Asia and needs to be tackled. Even in the United States, the Rockefeller Foundation is focused on understanding how to build a more inclusive economy and highlighting those lacking an economic opportunity. In Thailand and Asia, too, rising inequality is becoming a big challenge that should be properly addressed.

"I met with families here [in Thailand]. Some of them were police officers or seamstresses and even with that kind of a job, they still couldn't afford proper housing and public services. We are going to see billions of people in Asia migrate to large Asian cities over the next two decades and it's going to be very important that hard-working people at the bottom of the economy have the opportunity to earn a living and have a lifestyle that is safe, appropriate and hopeful.

"Like other countries, Thailand has become a wealthier nation. It should show a willingness to put more public resources into broad universal health coverage so more people have health coverage. That's one way to make sure that medical services provided are compensated," he said.

Going forward, the foundation's goal is to use more data analytic tools and the learning system to engage Thailand in a global effort to end extreme poverty, starting with healthcare and child mortality and also bringing small-scale renewable solar power to communities that still lack power, primarily in India and elsewhere in Asia, as well as investing in new food production technologies that can provide protein-dense foods and macronutrients at a lower cost and higher health value to Thailand and other parts of Asia.

"I'm fully committed to reaching as many people as we can at home in America and around the world to help people who feel they don't have much hope about their own future feel more secure and understand them in a more global, more interconnected and more technology-enabled world.

"The Rockefeller Foundation has succeeded in doing that work for more than a century and I think we need it now more than ever because especially in America we live in a more contentious political environment. There's more anger that gets expressed in politics and that's not healthy. It'd be better if people feel secure about their future and more focused on debating solutions. That's not just the United States but also in many parts of the world." 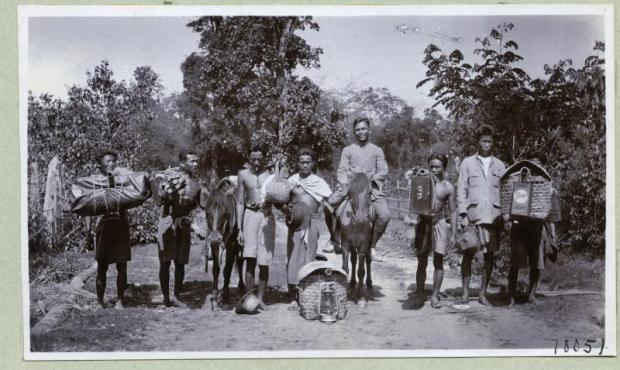 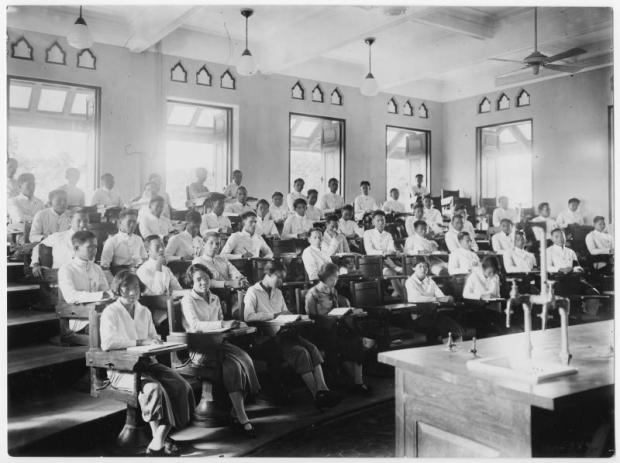 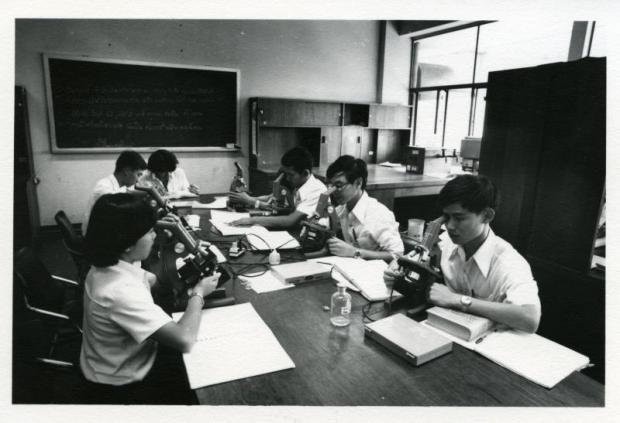 Mahidol University in the 1970s was provided support for teaching and research at the Faculty of Science and the Faculty of Medicine of Ramathibodi Hospital. Photos courtesy of Rockefeller Foundation