Against the flow
Life
Social & Lifestyle

'There used to be vendors hawking fresh vegetables in the sois and wholesale rice traders in several shophouses," Tip, a resident of Bangkok's Charoen Nakhon neighbourhood, notes.

Over the years, some of the shophouses were demolished and the vacant land became enclosed, first with barriers made of tin sheeting, then with brick walls. Usually, signs placed on those walls announcing the construction of real-estate projects would follow shortly thereafter.

"Change happened fast," Tip adds. "Only a couple of years ago, my friends said the area looked like an upcountry village."

This year, changes will come hard and fast to areas along the banks of the Chao Phraya. The soon-to-open IconSiam (coming October), the planned observatory tower, the Gold Line elevated train (to begin late this year), the controversial riverside promenade, as well as the general boom of the neighbourhoods around Klong San on the Thon Buri side and Charoen Krung on the Bangkok side -- all of this has introduced a massive transformation to the physical and historical landscape of the riverside quarters. Not since 5-star hotels were first built on the riverside have the Chao Phraya banks been of such great interest to mall and lifestyle developers.

On a more benign note, Charoen Nakhon, on the Thon Buri side, and Charoen Krung, on the Bangkok side, have seen burgeoning art galleries and trendy eateries. The Jam Factory and Warehouse 30, both owned by Thai "starchitect" Duangrit Bunnag, and Lhong 1919 are examples of successful rehabilitations of former storage spaces converted into lifestyle hangouts encompassing restaurants, cafés and shops, somehow co-existing with the traditional inhabitants of the areas.

But this flourish of activity has also drawn in luxury development companies, with Siam Piwat set to complete its IconSiam project by this year, not to mention other larger-scale entertainment venues with a cultural cachet quickly following suit.

Viewed from the river, the construction site for IconSiam -- a mixed-use building that will incorporate a shopping mall, hotel, museum and residential units targeting high-end customers -- is immense. But look at it from up-close and you'll find it downright colossal, a towering structure filling a 50 rai land plot.

The construction can't be without adverse repercussions on the local community, argues Tip, who has lived in a Muslim community next to the site all her life. Over the past months, several of the small, two-storey houses adjacent to the construction site suffered cracks as workers laid foundation poles.

Although Siam Piwat arranged for repairs to be made, Tip fears the community will have to endure more damage as the government announced last year its intention to build a 459m-high observation tower by the river -- right at the end of the soi where she lives. 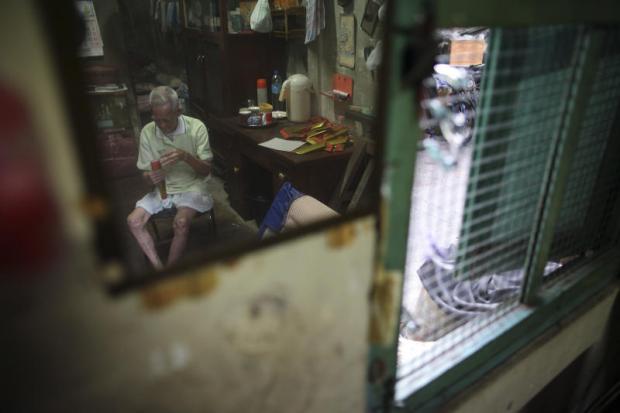 While Tip is doubtful of the ways in which the shopping mall and observation tower could benefit the community, other residents largely welcomed the project.

"It will place our community on the map," says one food vendor living on the same street. "Tourists and visitors passing by will surely buy from us and we will be better off economically," she adds, embracing the neighbourhood's gentrification.

On the other side of the river, Charoen Krung Road, Bangkok's oldest paved road, has already seen such transformation. The area was recently rebranded as the city's "creative district" with ancient buildings converted into libraries, design centres and boutique hotels.

Old residents and new visitors cohabitate but rarely mix, living and operating in different spheres. In the past, Charoen Krung was both a residential and business area but in the last few decades, many of the neighbourhood's long-time inhabitants moved out to other parts of the city. Nonetheless, many continue to operate their companies and shops during daytime.

New businesses such as coffee shops, galleries and bars are often the result of a demographic shift, says Churit Kangwanpoom, a Talad Noi resident and architect. 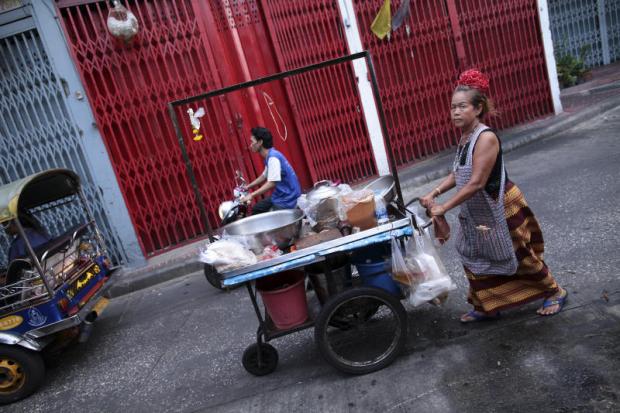 "When new generations inherit their parents' businesses, they often want to take it in a new direction. Meanwhile, shophouse owners who have found no successors sell or rent their spaces."

The quaint Talad Noi district has always been popular with foreign tourists. However, in the last five years, Churit observed a surge in the number of Thai visitors as well, who have taken up an interest in Bangkok's old town areas.

Many wander into the community, either taking part in walking tours or to take photographs of old buildings and the traditional Thai-Chinese lifestyle.

"But Talad Noi and the old Charoen Krung had no services designed to cater to these visitors," Churit adds. As such, the number of hostels and resting areas rose to meet growing demand. 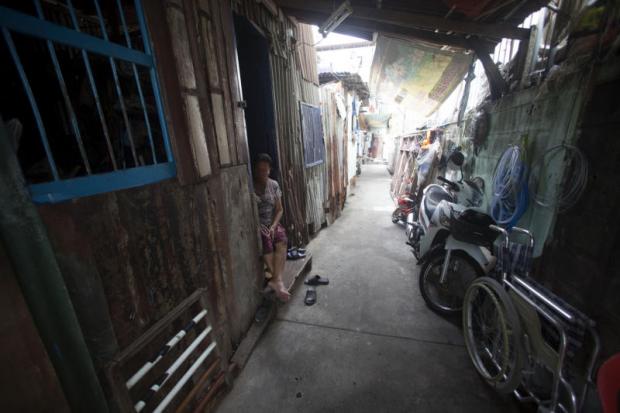 On the contrary, Churit believes that Talad Noi and Charoen Krung's rising popularity has had positive effects on the community. Residents became increasingly aware of common issues and worked together to improve security in the neighbourhood and infrastructure such as providing better walkways.

Whenever problems occur, he adds, such as visitors at an art gallery making too much noise at night, they were addressed through discussion and compromise.

"For the most part, the art community is working in a minimal zone and repurposing disused spaces in-between existing businesses," says Dan Burman of Bridge Art Space, a gallery on Charoen Krung 51.

While there has been a vast increase of art spaces and similar in the area, so far these are peacefully coexisting with local residents rather than being a "steamroller of gentrification".

Although Burman says he found the space by chance, the convenient location and area's rundown charm motivated him to set up his project there. The British artist and musician adds that the gallery works with local suppliers for catering and tries to close on time so as not to disturb neighbours.

"There is the concern that, as the cultural cachet of an area increases and rents rise, culturally significant enterprises get squeezed out. But right now, I think it is more of an issue in places like Siam, where not enough is being done to protect old cinemas," he argues.

However, this could soon become the case in Charoen Krung and Talad Noi as well, Churit weighs in. An entire generation that has been steering traditional businesses in the area will soon retire. At that point, the neighbourhood's transformation will be complete.

Sharp increases in land prices are already being felt, with many land owners wishing to sell their property for profit. In the heart of Talad Noi, a 146 square wa plot is now up for sale and its former tenants are forced to move out to smaller apartments due to rents that cost three times more.

"I've lived here for over 60 years," says one tenant. "But now that the owner wants to sell the plot, what can I do?" 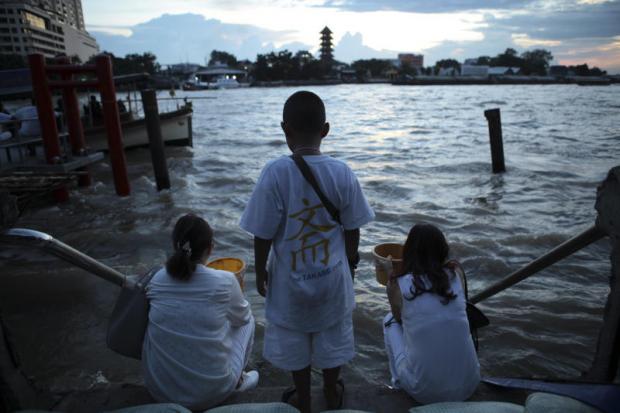 With Charoen Krung and Talad Noi rapidly changing and Charoen Nakhon next, Tip fears for her community's future.

As condominiums and high-rise buildings begin to encircle her street, she wonders if her community will be resilient enough, or if it will be squeezed out to make way for further development along the river.