Taiki Sakpisit's haunting evocation of memory and time fills the top floor of Subhashok The Arts Centre this month. "Until The Morning Comes" comprises the Thai artist's video works made in collaboration with Japanese sound designer Yasuhiro Morinaga, and plunges viewers into the heart of rituals and defined spaces seemingly removed from normal existence.

Memory, in Taiki's words, is a space of confrontation with the past. It's this act of remembrance, rather than actual memories, that constitute the backbone of both exhibited works, The Mental Traveller and To The Memory Of My Beloved.

Set in confined spaces, both physical and mental, the video works connect platforms such as a cemetery and a mental hospital. In the hazy, dissolving images of The Mental Traveller and the transient flashes found in To The Memory Of My Beloved, the director's use of close-up shots depicting details of a scene -- trivial in appearance -- echo with great precision the mind's journey as it tries to reconnect with past experiences.

For nearly a decade, Taiki's experimental movies have turned him into a household name on the film circuit. His works often obtain power through a sophisticated manipulation of images, the camera, and the editing technique, and offer a social commentary in a mystifying way. We talk to him about his latest show, which runs until the end of the month.

How did you come to work on memory?

I'm constantly shifting directions and trying out new techniques. After having made experimental films and installations, I got to a point where I wanted to reflect on myself or summarise my life in a diary-like way. I synthesised various experiences -- my own and those of people close to me -- such as accidents, near-death experiences, the loss of loved ones as well as the stories of my mother and my family.

Even if some of my past work contained personal elements, they were well concealed. But "Until The Morning Comes" is very revealing about me. I asked myself if I really wanted to move forward with it but felt that, if I didn't do it now, I would probably regret it in the future. The themes evoked are present at all times in our lives, so I would be confronted to them in any case. I needed to get these experiences out of my system.

But the memories you depict aren't exactly your own.

I'm depicting rituals like Ash Wednesday and defined spaces such as a cemetery and a hospital's psychiatric wing. One of the pleasures I draw from my work is to be in a space and using my camera to transmit the experiences that take place in that space.

I'm interested in close-ups and capturing the people's faces and expressions as they remember their departed loved ones while cleaning their graves. Similarly, I was very attentive to the movements of patients in the psychiatric ward. There was something surreal about the way they moved, as if they were removed from time.

Nonetheless, the theme of memory is present in both works. As I spent six hours in a lockdown on the ward, I was wondering if anything in the psychiatric patients' daily acts was akin to rituals that linked them to their past, or if they were thinking of their lives before they were admitted to the hospital.

Your work contains both unscripted sequences captured on-site and images drawn from your personal archives, such as family photographs. Much of the memory-like aspect of your videos is also due to editing effects. How important is the editing process in your practice?

Editing is a seminal part of my work process. Jean-Luc Godard's essay Montage, My Fine Care was very inspiring to me. In his piece of writing, Godard divides film directors into two categories -- those who shoot images they know they will use and others, who collect a wide array of images, so there are many possibilities that can be used in the editing room to build the film. I don't belong to any particular category, as I like to do a little bit of both.

I start shooting a project with a loose structure in mind, but sometimes I'll still film something, even if that's not particularly relevant to the theme.

Some of the images are also references to other sources that have inspired me.

How important is music in your work? How did you come to work with Yasuhiro Morinaga?

Yasuhiro and I previously collaborated on another project I did in 2011 titled A Ripe Volcano. Today, when I listen to Yasuhiro's sound design, I'm still perplexed as I discover new elements or facets to his work that I never noticed before. The music he composes is multilayered and has many elements that only reveal themselves progressively, such as hidden ambient noises. 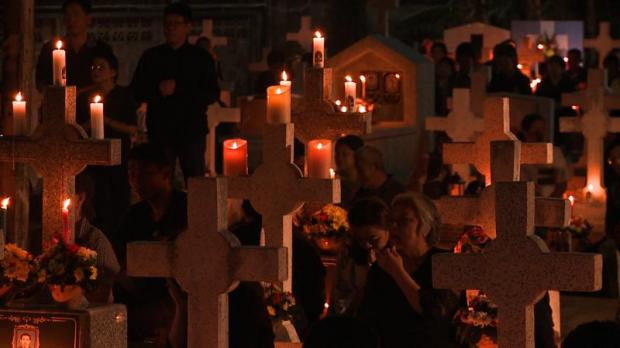 To The Memory Of My Beloved. Taiki Sakpisit/Subhashok The Arts Centre 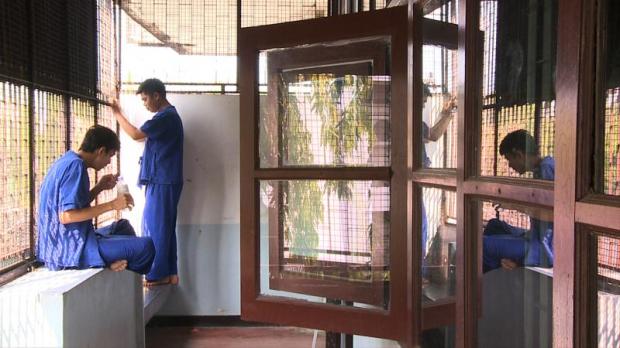 For this exhibition, I sent him my work concepts and let him interpret them. For The Mental Traveller, he used an Indonesian flute, which is traditionally associated in the local culture with men and used to call spirits. To The Memory Of My Beloved, on the other hand, is mainly cello, which is associated with women. The music is an important aspect of the exhibition, as there is an effect to it that makes it impossible for the viewer to know where the sound is coming from, like circulating water.

Many people say that they don't understand my work or that it's too complicated. I don't deny it. The emotions and experiences I evoke aren't light or easy and myself, I still find difficulties expressing them today. But the music is hypnotic and touches people directly. The audience coming to my exhibition doesn't necessarily have to understand it, but they have to feel something.

"Until the Morning Comes" is on show at Subhashok The Arts Centre until April 29.

Seiko dedicated to the ocean