In tune with the times
Life
Social & Lifestyle

In tune with the times

For over 30 years, Pongsit Kampee has been telling stories about people, their struggles, grievances, and of love lost. To say that he is Thailand's Bob Dylan may be a bit of an overstatement, but he's one of the few we have who may merit that comparison.

Those who don't understand his lyrics may pass off his music as re-hashed versions of American folk rock country music, and many well-to-doers may sneer at the genre for its close association with the working class and concert brawls, but Kampee's songwriting, which incorporates a wide range of social, political, and philosophical influences, is able to resonate with Thais from all walks of life.

He sings, for example, about a poor but hardworking boy, suddenly killed in a random act of gang violence in Nhum Noi (Little Boy); he not-so subtly criticises the country's political divide, singing about groups of red, yellow and blue monkeys clashing with one another for power in Nakhon Ling (Monkey Metropolis); and he even touches on international politics with Dek Chai Rami (Mr Rami), singing about a Palestinian boy trying to survive in his war-torn country. His concerts are incredible and cathartic experiences, allowing everyone to collectively release their anger and frustrations about life all at once.

Known as a veteran practitioner of a genre called pleng pua cheewit (songs for life) -- a form of protest music founded in the political turbulence of the 1970s -- Kampee, with his simple poetic lyrics, and emotional and guttural voice, is a man of the people. He is committed to calling out unfairness and intolerance whenever he sees it. Coming of age musically on the trail of songs-for-life pioneers such as Yuenyong Opakul, or Add Carabao, and Surachai Chantimathorn, or Nga Caravan, Pongsit added something to the usually rough-edged and sometimes rowdy protest music: sweetness and even sentimentalism, rendered with pastoral sincerity that allowed him sometimes to cross over into pop. His greatest hit, Talod Wela, released in 1990, is as much a consolation for factory workers exhausted from nine hours of work for minimum wage as it is for office workers pining for his lover. Chances are that anyone growing up in the 1990s can still sing it by heart today.

Now 50 years old and three decades into his music career, Pongsit has achieved a mean feat: he has toured in all 878 districts of Thailand, had multiple gigs abroad, just released his 19th studio album, and will be playing one of his biggest shows to date on July 29 to celebrate his 50th birthday.

The show was planned to be an outdoor concert a few months ago, but with fans worried about the possibility of violence and brawls, Kampee had to cancel the concert and organise one in a safer venue.

Safety, understandably, its a serious issue for him. Last year while performing in Amnat Charoen, he came face-to-face with a pistol aimed at him by a drunk audience member. Instead of running away, Kampee stopped playing and walked straight towards the gun in an attempt to stop the man from hurting anyone else.

"I don't like violent people," he said in a very rare interview with Bangkok Post. Kampee, though very charismatic and energetic on stage, has always avoided media interviews due to his shy nature. "I just felt angry and thought, 'You can not do this. If I surrender to you, you will do it again'. My job as a musician -- it's service work. It's not my job to make myself happy, but for the audience to be happy."

Born into a working-class family in Nong Khai province, Kampee started experimenting on his neighbour's guitar and writing songs since the young age of 12.

"I think [writing] came from reading books," he said. "One good point about me is that I liked reading since I was young. No one taught me -- my family was poor. My parents weren't people who read. They worked. So I would walk from my home to the public province library. I would go every evening and just stay there." 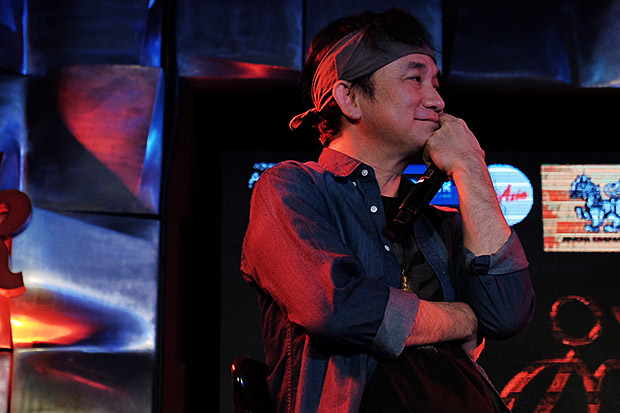 Deciding to become a musician after forming a band in technical college, he moved to Bangkok after graduating, got gigs to open for the biggest pleng pua cheewit bands like Carabao, and released his first album in 1987 with the help of Lek, Carabao's guitarist.

"The album wasn't successful," he chuckled. "It became successful around 1990, and it kept going from there."

What helped push him forward were his heartbreaking love songs -- a topic which was never touched before in the genre.

"I think I was just at that age," he said. "My seniors started off when they were a bit older -- around 29-30. I was 20 when I started, so I was still a teenager and I had those moments. The love songs opened the door for me."

Eventually, he earned the title as the "Father of Pleng Pua Cheewit Love Songs".

Writing about societal and political problems for 30 years, what is discouraging is that Kampee says that he hasn't seen much positive change in the country.

Although we face the same problems over and over again, Kampee manages to find new perspectives with each song. Talking to people, watching movies, listening to other songs, and reading books are his main sources of inspiration.

Asked if he writes his music to help himself or to help society, he couldn't offer more humble of an answer.

"I don't dare say that it's for society," he said softly. "I'm not in a position to be able to change the country. I try to tell stories -- stories that I see as important for the public to listen to. Hopefully they'll be able to translate its meaning and use it in a beneficial way so they can have happiness, and society will be a better place to live in.

With Thailand's radio waves being taken over by pop, hip hop and indie artists, Kampee can sadly be considered one of the last generations of pleng pua cheewit musicians. The genre, which is dominated by only three bands over the past 40 years -- Caravan, Carabao and Kampee himself -- seems to be on the brink of disappearing. On the ideological front, something seems to have shifted, too: Add Carabao, once an icon of protest music, is now known more as an energy drink tycoon than for his songwriting ability, while Surachai "Nga Caravan" Chantimatorn, once a freedom fighter in the 1970s, is caught in a ideological battle after the rise of Thaksin Shinawatra and the subsequent two military coup d'etats split the country's opinion in politics and everything else. 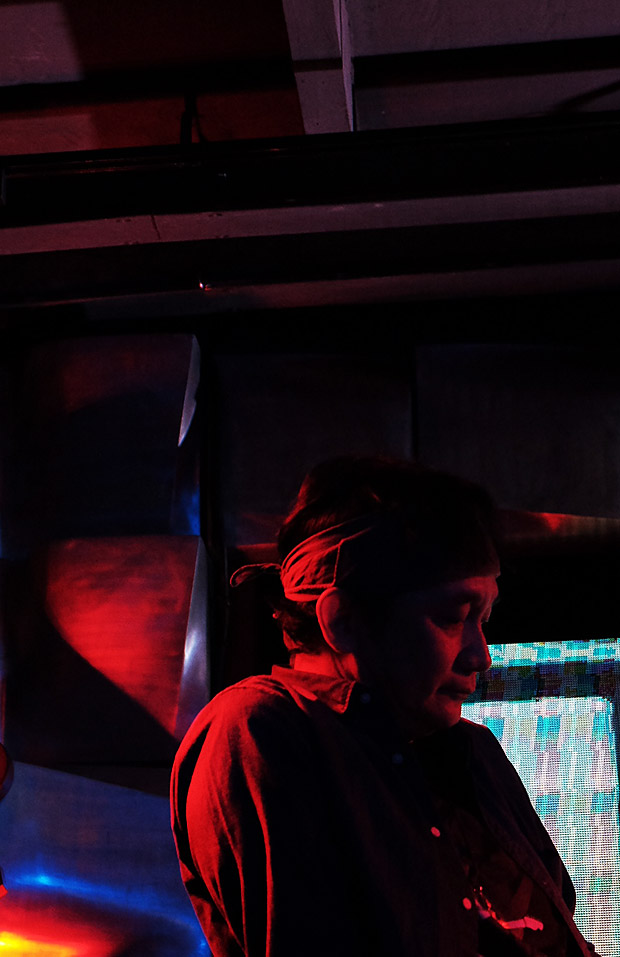 Kampee seems to have been spared from off-stage controversy and questioning, and is still known first and foremost as a heavyweight in the genre.

"I have hope that there will be a new artist," he said. "They might not come now -- they might come a bit later, but if no one takes the torch and it all crumbles down, we have to accept reality."

No matter, Kampee will continue to tell stories as long as he is alive and well.

"We have issues in society where we have to hurry and fix," he said. "The slower it is, it's going to be too late. I want there to be elections. It will solve problems more smoothly than we can today. Education [is the most important issue too]. People are very disparate. Too disparate. There's corruption even in kid's school lunches. This shouldn't happen. This has to be fixed, and where can this be fixed? At the starting point -- which is at the highest centre of power."