A new exhibition emphasises the beauty of the everyday

Overlooked by a majority of Bangkok residents -- some of whom may cross the Memorial Bridge without any knowledge of the structure's existence -- and avoided by the local community, the Praisaneeyakarn building plays host to an exhibition that probes the site's multilayered history, its connections to different power factions, as well as to time-evolving notions of progress and civilisation.

A pavilion of the ongoing Bangkok Biennial, "Postscripts" -- which opened last month and runs until Sunday -- predominantly features site-specific installations dispersed around the building. With the help of a map, and often their phone screens' light, visitors roam the site, wandering off to find the works of nine visual artists -- Wolfgang Bellwinkel, Anon Chaisansook, Arnont Nongyao, Kansuda Panprom, Sornrapat Pattarakorn, Albrecht Pischel, Miti Ruangkritya, Nuttapon Sawasdee and Titirat Skultantimayta -- in a treasure-hunt-like manner.

This chase of sorts leads to a number of relics -- either existing, from the building's construction, or recreated by the artists using found objects, such as the remnants of cut trees or fallen fruit peels that question the notion of "monument". With regards to temporality, the artists involved in the project imagine memorials that are either transient and immaterial, such as Sornrapat Pattarakorn's Golden Hour: From 8 Minutes Ago To What Is Yet To Come, or relating to more recent events such as the Tom Yum Koong crisis in Wolfgang Bellwinkel's works, an era during which projected ideals of development came crashing down.

Bellwinkel transforms iconic buildings of the time -- the unfinished Sathorn Unique Tower, or "Ghost Tower" as it is dubbed today -- as well as anonymous individuals, dressed as office workers, into modern-day sculptures.

In Golden Hour, Sornrapat plays with the building's architecture to convey what the artist calls a "glimpse into the future". On late afternoons, the shape of the building appears as a reflection on a mesh sheet -- although, owing to hazardous meteorological conditions, the work could only be seen for a few, fleeting seconds.

The idea of the monument itself is ingrained in the Praisaneeyakarn's actual building and history. Originally built in 1871 and set up as the country's first post office, the structure was torn down over a century later, in 1982. Simulacra later replaced the original building in 2010, a token for remembrance that was once again left deserted.

After looking at several sites in Bangkok for their exhibition, curators Nut Srisuwan, Pojai Akratanakul, Napat Vatanakuljarad and Pongsakorn Yananissorn -- working collectively under the name "Charoen Contemporaries" -- settled on the Praisaneeyakarn building, in large part due to its conflicted past, its ties to colonial architecture and Thai modernism, as well as recent plans by the Bangkok Metropolitan Administration to rehabilitate an unfinished railway bridge in the vicinity.

"This site offers so many layers and lenses we can look through," says Nut. The building's original owner was sentenced to death, and his property fell into the state's hands. After the 1932 coup that ended absolute monarchy in Thailand, the site held a large importance owing to its function as a space that allowed communication. A plaque placed in front of the post office's modern-day replica refers to the building as a "monument of space and time", both physical and immaterial objects of the past.

"But do monuments only trigger us to remember the past, or can they work or hold different functions in other eras as well?" Nut asks.

Set up a few months before the opening of the Bangkok Biennial, Charoen Contemporaries defines itself as an assembly, probing the meaning of the word "Charoen", present in many aspects of daily life and which can loosely be translated as "progress". But this progress isn't necessarily linear or pushing forward in a single direction. Contemporaneity, either, isn't a single entity, as participants in the project proposed alternative timelines and modes of "being together" at a given time.

While the exhibition at times explores the Praisaneeyakarn building's original function as a post office -- for instance, through the postcards sent to Thailand by German artist Albrecht Pischel throughout the course of the show -- the site-specificity of the works explores other aspects of the building's being in time.

Titirat Skultantimayta's "Memorial Of Time" series of aluminium-foil sculptures takes the form of natural objects -- leaves and pods -- that lose their ephemeral quality due to being coated. Displayed on wooden plinths that are none other than the remainders of trees cut down, the artist materialises the unseen and undervalued -- as does Anon Chaisansook, who, from the sounds of collected dirt from the ground, created 3D-printed sculptures, strangely like the building itself.

Transitory and broken down into small parts visitors can connect one to another, "Postscripts" opens up more questions regarding the status of each object and its meaning in time.

But the timeline of "Postscripts" doesn't simply end on the exhibition's closing day. During the course of 15 days, during which the show lasts, Charoen Contemporaries invited students, volunteers and civil-society actors to contribute to the project. Their engagement with local communities also enabled the transmission of oral history through walks and discussions, which will, in time, generate more works such as printing and documentary, that will again be disseminated.

"Postscript" is on show as part of the Bangkok Biennial, running until Sunday. 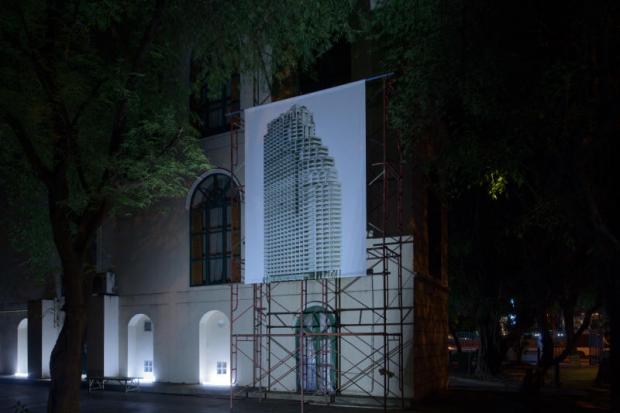 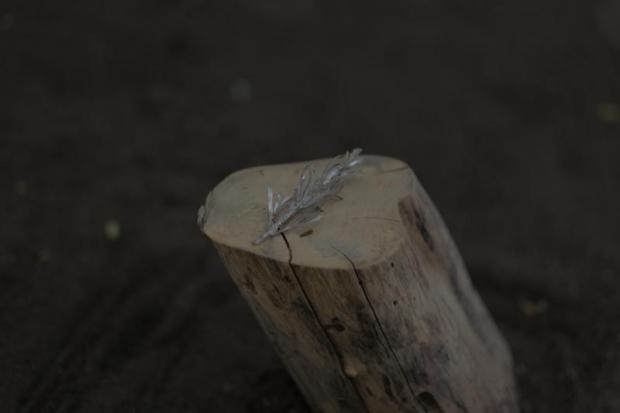 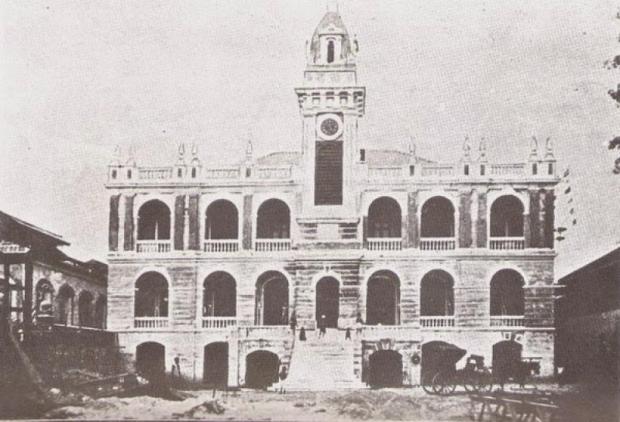 The original building in 1881.