The depths of history

Under the calm surface a team of divers went down to the seabed, ignoring colourful coral reefs and marine life. Their intention is not leisure, but the collection of data and samples of ancient artefacts as well as parts of a ship that capsized centuries ago in the Gulf of Thailand.

The team takes pictures and records every detail by hand. Photo courtesy of The Fine Arts Department

They are the diving team of the Underwater Archaeology Division of the Fine Arts Department. Like other archaeologists, their duties are to study, analyse and preserve ancient artefacts. But the scope of their work is underwater, in both the Andaman Sea and the Gulf of Thailand, as well as rivers, ponds and dams.

"We are the special force of the Fine Arts Department," said the Underwater Archaeology Division director, Capt Boonyarit Chaisuwan.

The division was founded in 1974 after numerous artefacts from the Ayutthaya period were taken by locals and international divers from an old shipwreck near Koh Khram in Chon Buri. At that time the department did not have any experts to handle underwater work. It asked the special operations force of the Royal Thai Navy to help collect the artefacts before they were all taken.

Since then, the department has seen the necessity of setting up a team of underwater archaeologists. It initially recruited its first diving team from the Navy. Today, the team has about 14 divers. The present office of the Underwater Archaeology Division is located in Chanthaburi.

Why do we need to preserve underwater artefacts?

The old items found within shipwreck sites can tell us about our history and the trading relationship between Thailand and other countries. We know the route of transportation and items people used during the old days. The remaining ships can show technology or techniques of shipbuilding, which were unique to a period of time and the country of origin.

For example, we recently found a shipwreck around Koh Kluay in Ranong. It is very exciting to find ancient artefacts that show the trading between the South, which we believe was part of Suvarnabhumi Kingdom, and India 2,000 years ago.

How many wreck sites have you found so far? 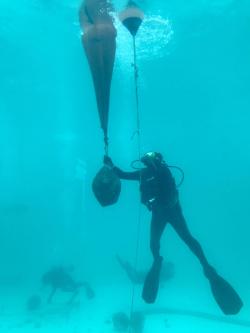 A team of the Underwater Archaeology Division demonstrates its work in a swimming pool in Chanthaburi. Photo: Karnjana Karnjanatawe

We have found 46 sites in both the Andaman Sea and the Gulf of Thailand. In addition to Koh Khram in Chon Buri and Koh Kluay in Ranong, we also found wreck sites in Krabi and Samut Sakhon, as well as the Chao Phraya River in Ayutthaya.

What do you do when you find a wreck site?

First thing we have to do is record its location. Today we use GPS. The problem is that the GPS location above sea level differs from the underwater position. We plan to sign an MoU with the Engineering Faculty of the King Mongkut's University of Technology, North Bangkok, to develop a robot that can find exact GPS spots underwater. The technology will reduce search times when we return to the site for collecting more data.

After having the right location, we then will find the period of the wreck. We have to have scientific proof of its age. We measure the site, take pictures and jot down details of what we found. Then we will evaluate the site -- whether we should excavate or collect artefacts for study or not, because the process of finding old items can damage the site. We should do the least excavation at the spot we know we can learn the most from. Then we will try to preserve and protect the site.

How do you collect artefacts?

After recording the site, our team will use a tube to vacuum sand from artefacts that are buried in the seabed. We collect some items to find out age.

For example, in Surat Thani, we found a remaining ship which told us that it was built in China during the Tang Dynasty (618-907 CE). We also found copper pieces in the Bang Kachai site in Chanthaburi, old beads, ancient brass mirrors, clay pots of the Han Dynasty (206 BCE to 220 CE) in Krabi. Some of the artefacts are exhibited in Thalang National Museum in Phuket.

Where is the largest underwater archaeological site that has been found so far? 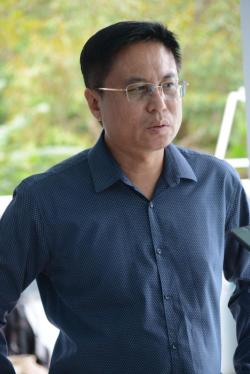 The biggest site is in the middle of the Gulf of Thailand. In 1992, the Navy besieged an Australian ship after finding it took a lot of artefacts from the site. As there was no law to protect the artefacts in the exclusive economic zone, the Navy didn't capture them. They decided to release the vessel in exchange for the artefacts.

They included clay pots and ceramic tableware of the Sukhothai Kingdom. There were so many we decided to open the National Maritime Museum in Chanthaburi to display them.

Who can be an underwater archaeological diver?

Those who join my team have to love their job and be physically fit. Because they work in this environment, there is a high risk to their lives. When they are underwater, they may face a strong current, problems with diving gear or poisonous marine animals.

We once lost a staff member because of oxygen toxicity while he was on duty in Koh Krut in 2010. Since the incident, we have built a swimming pool with three different levels of depth, ranging from 1.2m to 5m to 12m for training sessions and practice. The facility opened in 2012.

What is the plan for the future?

We also plan to develop and promote the 1,000-year-old Phanom Surin shipwreck site in Samut Sakhon (found in 2013), to be a tourist attraction in the future. 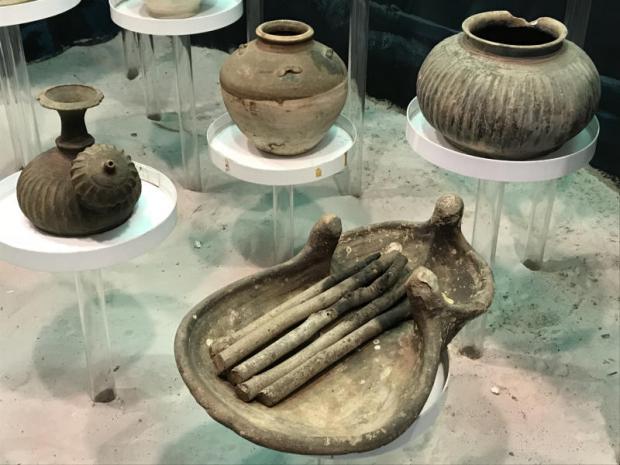 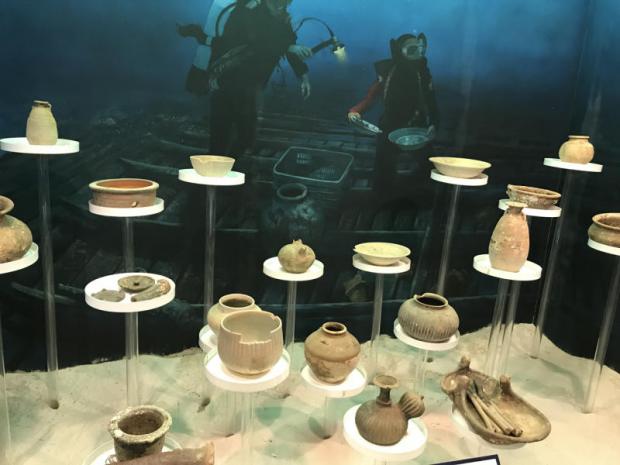